Entertainers have been taking down GOP presidents for some time now.

Americans are shocked to learn about a Shakespearean play featuring a President Donald Trump stand-in soaked in blood.

They should be getting used to it by now.

Artists routinely target Republican presidents with their art in the modern age. The tradition began with President George W. Bush and began shortly after President Donald Trump took the oath of office. These artistic “protests” followed more traditional forms of political speech, like marches and other public gatherings.

The latter served to speak out against the president in a time-honored tradition. The former made it personal.

The closest Hollywood came to treating President Barack Obama in a similar fashion? The 2014 action romp “Kingsman: The Secret Service.” Some suggested the film’s third act sequence, in which the American president’s head explodes along with other leaders, represented President Obama.

Here are eight times artists conjured scenarios in which a Republican Commander in Chief either died or was the subject of an assassination attempt.

“Death of a President”

Here’s how The New York Times captured the mood at the time.

“…the film has become a lightning rod for the usual forms of self-righteousness that often masquerade as political discussion. On one side, howls of “How dare you?” and on the other, ringing endorsements of free expression and artistic courage.”

The movie went on to win that festival’s International Critics Prize, the event’s top honor.

The jury of film critics cited the film “for the audacity with which it distorts reality to reveal a larger truth.”

Bush’s Head on a “Thrones” Spike

HBO’s “Game of Thrones” is known for its blood-splattered action and untimely deaths. The show may have went too far when it used a head resembling President Bush atop a spike. The first season sequence came to light after the creative team mentioned it as part of the home video commentary track.

Team “Thrones” apologized and vowed to remove the image from future home video editions and viewings. The show alleged the move wasn’t political. The Bush head was simply on set and helped flesh out the sequence.

“The Assassination of President George W. Bush: A Love Story”

This 2007 novel follows a Secret Service agent who, worried about the state of the nation, decides it’s his patriotic duty to kill President George W. Bush.

The novel didn’t get nearly the attention the “Assassination” film earned.

The Wachowski siblings (“The Matrix”) penned this as-of-yet unproduced screenplay set in the recent future. The story, told in flashbacks, features a gay American soldier who falls for an Iraqi man. Together, they plot to kill the man responsible for the invasion of Iraq: President Bush.

Very little has been written about the project since word leaked out about it in 2010.

The veteran rapper released a new video earlier this year featuring a man clearly patterned after the country’s new president.

The song “Lavender” focuses on police brutality, but the big takeaway comes as Snoop takes aim and fires a toy gun at a clown. The weapon produces a flag featuring the words “bang.” The clown at the other end of the barrel? A man dressed in greasepaint but clearly patterned after the new President.

A single picture rocked the “D-List” star’s life … and career.

Griffin gleefully shared an image of her holding Trump’s very bloody head like an ISIS warrior displaying a trophy. The visual quickly caused a cultural backlash. Folks on the Left (including Chelsea Clinton) and the right decried the image. Griffin apologized and, later, played the victim card.

President Trump is ruining my life, she sobbed at a press conference that received near universal mockery.

“The Last Man on Earth” Wipeout

The FOX comedy served up a particularly dark storyline earlier this year tied to the show’s post-apocalyptic theme.

The flashback featured a character, played by Kristen Wiig, recalling the virus that killed nearly all the planet’s people. That included not just President Mike Pence but his entire cabinet in the virus’ early stages.

What about President Trump? He’s not in charge by 2019, when the flashback takes place. So did the show kill him off to make way for President Pence’s short-lived stint in the White House? Or did President Trump get impeached prior to the episode’s event?

“That’s kind of a Choose Your Own Adventure. We had a little fun with that. We just kind of dropped that in there.”

The latest incarnation of Shakespeare’s “Julius Caesar” depicts the doomed leader as Trump-like in nearly every way. The hair. The bombast. The Slavic wife.

A group of senators stab Julius Caesar to death mid-production, as is the case in previous play incarnations. That sequence is carried out with particular gusto this time around, though.

We see several senators stabbing Julius Caesar/Trump as he writhes in pain. Red blood stains the leader’s shirt. By the time the “Caesar” is dead he’s lying on the stage his shirt soaked in stage blood.

Several sponsors behind the production, including Delta and Bank of America, withdrew their financial support for the company behind the show.

UPDATE: Since this article’s publication we’ve learned of two new artists either depicting President Trump’s death in art or essentially wishing him to be incapacitated.

Singer Moby released a new video, “In This Cold Place,” in which Trump is a missile-spitting Nazi robot who is ultimately destroyed.

On June 22, award-winning novelist Michael Chabon (“Wonder Boys”) didn’t create any new stories in which the president is killed. He wished for a stroke to take him out during an interview.

Pulitzer prize winner Michael Chabon: Every morning I wake up and hope that this is the day that trump is going to have a massive stroke pic.twitter.com/avZSHQfnoa 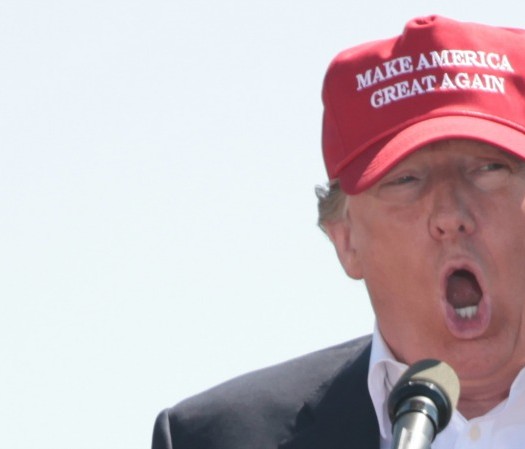 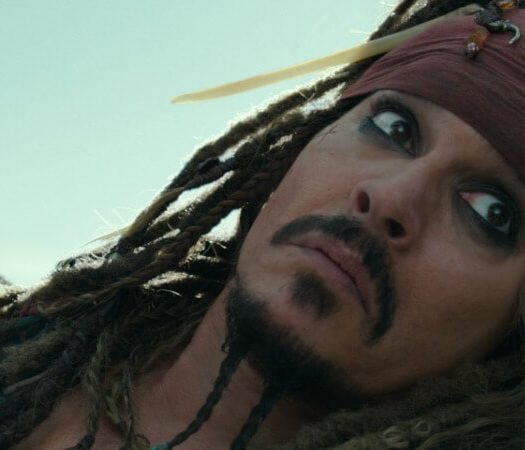