“The guy on the first date is just a mess. He has no actual personality. He’s just a mishmash of different kinds of dudes for a couple seconds.”

Those first few episodes (or even seasons) can be a random mishmash of different ideas and themes. Often the actors are desperately trying to figure out what makes their characters tick.

Not all shows start out on fire like “The Expanse,” “The Sopranos” or “Breaking Bad.” It took “The Americans” two seasons to really find itself. 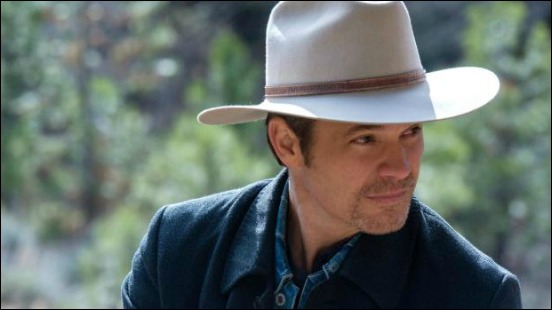 The same can be said of “Justified” and “Weeds.”

I’m generally a patient person when it comes to new shows. I won’t write one off for an uneven start. That’s generally rewarded me with neo-classics like “Buffy the Vampire Slayer” and “Firefly.”

Other shows I gave up on that that I probably shouldn’t have, in retrospect. “Daredevil” and “Turn” come to mind. However, if I drop a show, like AMC’s “The Badlands” quickly it’s because I find the show unwatchable.

I don’t care if Mick Jagger and Martin Scorsese are behind it. I don’t care if we get to see actors portray David Bowie, Lou Reed, Andy Warhol, Buddy Holly, Robert Plant, Bo Diddley, and, coming soon, Elvis Presley.

I don’t (surprisingly) care how many times we get to see co-star Olivia Wilde naked. The show is just awful.

Here are the big five reasons why: (caution: spoilers ahead)

Antiheroes are tricky parts to play. Scorsese is usually a genius when it comes to walking that fine line between someone who is despicable yet able to gain our admiration on some level. Leonardo DiCaprio’s character in “The Wolf of Wall Street,” despite his insider trading and voracious coke habit, is still a likable guy, Richie Finestra? Not so much. As fine an actor as Bobby Cannavale is, I don’t want his Richie to win … or lose, I just want him to get into rehab, sober up and then go to jail for a very long time. There is nothing redeemable about his character, and there’s far too much of him to keep me invested.

I have a feeling this is how the “Vinyl” negotiations went at HBO:

Mick Jagger: I’ve got a great idea for a show, it’s about London in the ’70s and the birth of Punk and New Wave.

HBO Executive: We already have “Game of Thrones” shooting in Ireland, we can’t afford another show overseas. How about if it’s set in New York?

Mick Jagger: Yeah, New York is cool, but the revolution is happening in London with The Clash, Pink Floyd, The Kinks, The Sex Pistols, The Police, Fleetwood Mac, The Who, Led Zeppelin… and The Rolling Stones.

HBO Executive: Well, Marty (Scorsese) wants to get in on this sweet, sweet television action, and he’s been pitching tons of shows about cops and mobsters, but we’re passing on that for now, so maybe we could combine your idea and his setting?

Mick Jagger: Well, only if my son can be in it.

The New York music scene in the ’70s is not necessarily dead, but arguably fading and more important events are happening elsewhere. No disrespect to the New York Dolls, Lou Reed and the Velvet Underground, but that’s not a revolution. KISS, Steely Dan, Television, and Blondie are awesome but not comparable to what’s happening in London, Detroit, Chicago, and LA at the time.

Maybe the show is leading up to the hip-hop revolution (which born in the ’70s in nearby Brooklyn) or maybe they’re leading up to The Talking Heads, but it’s a New York conceit that it’s the center of the universe.

“Mad Men” proved you eventually have to leave NYC and head to LA to tell a decent story about the ’70s.

The sex on the show is problematic. Never mind the blatant shots of Wilde. The show lacks real intimacy and connection of any kind. Jamie Vine (Juno Temple) has the most interesting part right now, and even her scenes are a mess. I was happy to see Lena Olin as her mom, but it seemed random and brief. Wilde’s character is a living, breathing stereotype, but at least she packed the kids in the car and left during the most recent episode

How drug use in movies and television is portrayed is always interesting. One brilliant aspect of “The Wolf of Wall Street” was its politically incorrect message of, “Hey, drugs can be fun!” That’s exactly what makes them dangerous. If drugs were awful nobody would use them. But drug use as portrayed in “Vinyl” is as gratuitous as the sex, it’s just there, all the time, without rhyme or reason. 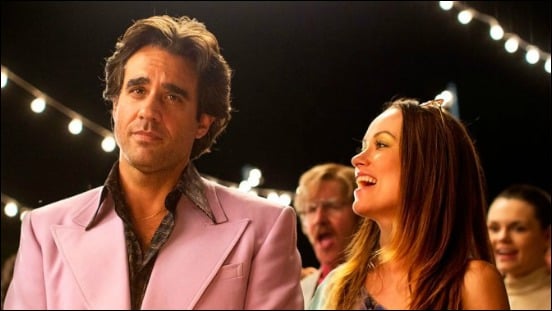 “The Andy Griffith Show” took grief for being set in North Carolina and nary a black person could be seen. A similar complaint could be lodged against “Vinyl.” It’s set in the 1970s and, five shows in, the war in Vietnam hasn’t been mentioned once.

Scorsese certainly can be forgiven for his love of New York, but the myopic storytelling where nothing is happening outside of Manhattan seems off target.

We’re left with a pseudo-gangster drug story set in New York that’s centered on a character who does a lot of blow. Basically, we get to watch one of Tony Soprano’s customers slowly mess up his life and try to put it back together.

In this competitive television landscape I can think of five better shows to spend your time on: “Jessica Jones,” “The Expanse,” “Billions,” “Mr. Robot” and “Narcos.”