Those youthful proclamations are enough to make a parent’s stomach drop. The life of an artist is one littered with hardship, ambiguous success and uncertainty.

Movies rarely capture the internal need to create with precision or grace. The spark that drives an artist is tough to capture in a story. It’s even harder to express to those foreign to the concept.

Even in 2016, it can be a struggle for an artist to look outward for vindication. You can be told it’s a waste, a hobby or a dead end. Those words, mixed with many artists’ internal struggle to believe in one’s self, is damn near enough to make most quit.

It’s something special to be an artist, especially in America. In these polarized times where globalization, free trade and America’s dying exports are up for vigorous debate, it’s easy to forget that art is partly what has made America the “shining city upon a hill,” as President Ronald Reagan so poetically put it. 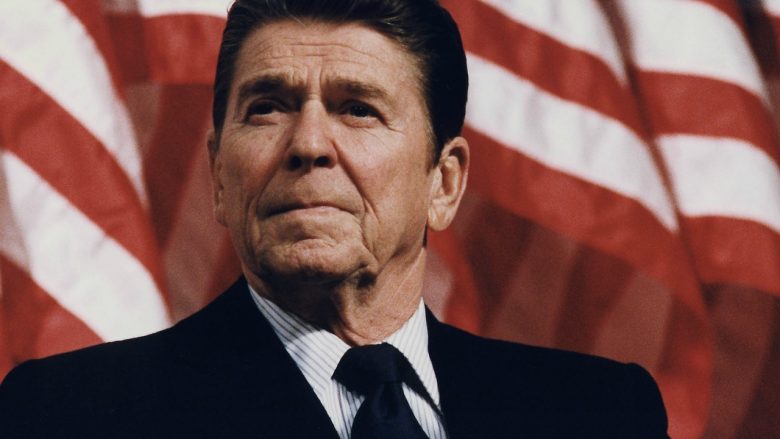 America’s last great export is art. People around the world flock to see Hollywood’s popcorn crunchers and its weird cinematic takes on life. They adore singers originating out of America, whether rappers, pop stars or rock bands. And, like it or not, books like “Twilight” and more respectable fare are translated so many times for good reason.

Charles Bukowski. Ernest Hemingway. John Steinbeck. F. Scott Fitzgerald. Hunter S. Thompson. The greatest and most poetic of artists are American to their bone. This country’s youthfulness and unmatched freedom of expression have given artists the right to be themselves like nowhere else.

The good and bad of this country’s growing pains have birthed many a great voice whose expressions on life and love inspire and inform others.

Whether Americans realizes it on a conscious level or not, we have a uniquely tight relationship to art. Perhaps the average citizen doesn’t throw their hat behind everyone proclaiming themselves to be artists, but our heroes are born of story.

Our silver screen legends and literary doppelgangers go beyond just their art. They inform life, culture and the struggles of a nation.

For being so uniquely American, it’s a surprise few domestic films capture the artist in a pure and honest light. Here’s a look at five that did just that.

Director Cameron Crowe’s 2000 film didn’t fire up the box office. Award attention and a second life on home video turned it into a beloved movie about rock n’ roll, young love and the need to find solace in something bigger than oneself.

A young man (Patrick Fugit) gets hired by Rolling Stone Magazine to follow a mid-level rock band on tour. Fugit’s character befriends the lead guitarist (Billy Crudup) and ends up in a love triangle with Penny Lane (Kate Hudson).

What has gotten “Almost Famous” its massive following is the genuine love for rock seeping through every frame. The film’s authentic look at the journey of the young artist, the idealist filled with something to say but unsure how to say it, resonates with us.

The best scenes in “Famous” belong to Lester Bangs (Philip Seymour Hoffman), a radio DJ who waxes poetically on the grander meanings of music and being “uncool.”

This is, by far, the best film ever made about artists. Director Damien Chazelle is being awarded with high praise for his new musical, “La La Land.” He still deserves plenty of credit for this debut feature.

Andrew (Miles Teller) is a drummer who dreams of being great, the kind of great that inspires countless others to push themselves to be just like you. He’s a talented kid with a spark and drive, but his world crumbles when he’s accepted into a prestigious music program. It’s there he’s berated by an insulting maestro (Oscar winner J.K. Simmons).

The scenes between Teller and Simmons are beyond mesmerizing. They will make your skin crawl and your teeth grind. The two performers are at the top of their game. Look beyond the infamous scenes of a screaming, muscular Simmons and a hyper-focused Teller. “Whiplash” captures with authenticity the meaning of being an artist like no other film before it.

Consider the scene where Andrew has dinner with his family. He sits back and watches as his musical accomplishments are dismissed by relatives in favor of someone else’s football achievements and social status.

This country’s youthfulness and unmatched freedom of expression have given artists the right to be themselves like nowhere else.

Even when they’re polite to him, Andrew can sense how small they think his world is. Even a non-artist can’t help but feel the scene came from the real experiences of someone struggling to have their art and their voice matter.

Up until its final moments, “Whiplash” is mesmerizing in how it captures the obsession that can often come with delving into art, the consequences of it, and the negatives and positives to a young artist’s journey.

Looking for a feel-good romp about young artists that doesn’t sacrifice authenticity? Consider the 2016 sleeper “Sing Street.” The film captures everything we do for young love, like forming a band and becoming a genuinely talented songwriter.

The film does what so few movies about young artists do – it captures that spark one feels when first discovering creation, when first pining for something you just can’t have. As an added bonus, the music is fantastic and deserves award recognition.

“Sing Street” also displays how it takes a village to create a genuine artist. Parents, friends, siblings, bullies, your first crush – all those connections fuel the need to create, to find an authentic, unique voice.

This is definitely cheating, but I make the rules, so I’ll just go ahead and break them for this TV drama. Showtime’s “Californication” follows a middle-aged writer named Hank Moody (David Duchovny) who can’t seem to get his personal or professional acts together. To make things more clear, how about I recommend a single episode instead of the entire series?

The pilot to “Calfiornication” is perfection from its opening scene to the final fade to black. Moody is a wordsmith who isn’t sure he really wants the mainstream success he’s found. He’s fighting writer’s block and deals with the complications that can occur when an artist’s personal and professional lives bleed too much into each other.

The pilot feels like the most genuine snapshot of the writer to have been committed to film. Others try to jazz up the typing wordsmiths too much, but “Californication” keeps things mostly grounded with its characters and Moody’s struggle to find the balance in being a great writer and a decent husband and father.

Any description of “Adaptation” simply does it disservice, as do most involving Charlie Kaufman’s writing. Let’s just say this is a movie about two opposite, but twin brothers (both played by Nicolas Cage in his best work to date) who get mixed up in more than they can handle when one is hired to adapt a seemingly unadaptable book.

The truly meta movie skirts with a tongue in cheek approach. It ends up being an emotionally thrilling movie about the disconnect that can sometimes come with being an artist and the struggle to connect, even to those closest to you – like a twin brother. It’s a great film about the writing process packed with laughs, thrills and a gut punch ending.