We already knew press outlets downplayed how Secretary of State Hillary Clinton told the families of those who died in Benghazi that an anti-Islamic video triggered the melee. She later testified she knew the real source of the attacks before she met with those grieving souls.

That level of dishonesty should have chased the former First Lady from the presidential race. And it might have, if the media actually did its job and held her accountable. 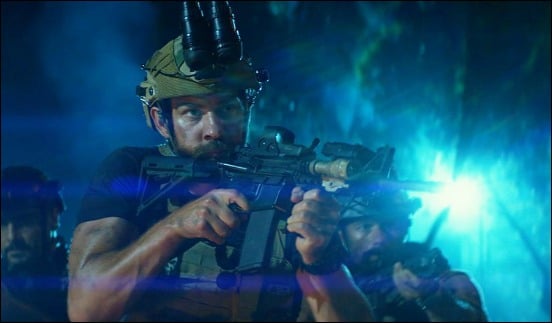 The film, opening nationwide Jan. 15, follows the security officials who risked their lives to protect the men and women at a U.S. diplomatic compound in Libya, a country teetering on collapse.

They were outgunned and outmanned, surrounded by a highly coordinated enemy. Did they fall? Surrender? Flee? No. They stood their ground, rolled up their sleeves and gave the Islamic radicals everything they had.

John “Tig” Tiegen, a former Marine who advised Bay on the film, received an award for Heroism and Valor in recognition of his bravery on Sept. 11, 2012. Mark “Oz” Geist, another Bay contributor and former Marine, helped save more than 25 Americans during the attack.

Today’s media isn’t too keen on turning American military members into heroes. The last time that happened reporters chose the wrong soldier. Remember Jessica Lynch? She was a woman, and so the narrative around this “female Rambo” appealed to reporters enough to give her saga critical mass.

We soon learned Lynch’s rescue wasn’t the Made for TV event we were told – even though such a movie actually happened. The real heroes, she later argued, were the soldiers who rescued her after her ordeal in Iraq. They never got their press close up commensurate with their bravery.

A conversation with Jessica Lynch, part 1 of 2
.

Since then, have media outlets celebrated any U.S. military figures on such a scale? In recent years it turned to Hollywood, oddly enough, to do that. After a crush of films demeaning the military to score political points, the tide turned in dramatic fashion in 2013. Films like “Lone Survivor” and “American Sniper” made audiences learn about true heroes in a way they press couldn’t – or wouldn’t – attempt.

The same will soon be true with “13 Hours” no thanks to a press more interested in covering for certain politicians than saluting these brave souls.

The irony is the Benghazi heroes likely don’t want the attention. This reporter met both Tiegen and Geist. Both appeared humble, soft spoken about their heroism that day.

At the end of “13 Hours” the filmmakers show the real people who fought during that epic battle. Some of the faces have been blurred, presumably on the people in question’s behalf. They aren’t looking for publicity. The press should have saluted them all the same.