The Oscar coronation for Barry Jenkins’ “Moonlight” proved one of the Academy Awards’ oddest moments.

Four years ago, Warren Beatty and Faye Dunaway incorrectly announced “La La Land” as the night’s big winner before the envelope with the real winner emerged.

Now, Jenkins is tackling one of the most incendiary topics in American history – slavery – courtesy of “The Underground Railroad.” He delivered a deeply political prologue to the series, debuting May 14 on Amazon Prime.

Here’s the official description of the 10-episode series from Amazon’s PR team:

From Academy Award® winner Barry Jenkins and based on the Pulitzer Prize winning novel by Colson Whitehead, The Underground Railroad chronicles Cora Randall’s (newcomer Thuso Mbedu) desperate bid for freedom in the antebellum South. After escaping a Georgia plantation for the rumored Underground Railroad, Cora discovers no mere metaphor, but an actual railroad full of engineers and conductors, and a secret network of tracks and tunnels beneath the Southern soil. 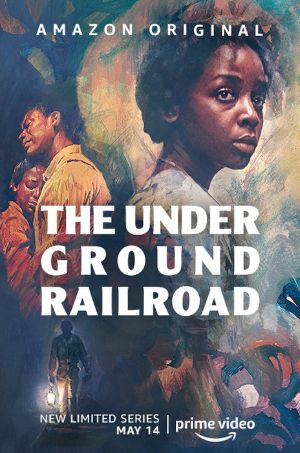 Jenkins is both the series showrunner and director of all 10 installments. He shared a personal, political statement about the project via Amazon’s press team, touching on former President Donald Trump, the historically inaccurate “1619 Project” and slavery reparations.

As a student in this country educated in the public institutions created by the nation to educate and form its citizens, the imagery I speak of, if presented at all, is abridged, amended, curtailed and coded to protect the legacy that leads to the siren call of “making America great again.” Throughout my schooling in this country, if the topic of slavery was broached at all it was done so pithily, shoddily and, heinously, solely from January 15th to February 28th.

I’ve asked myself, who does this serve? The people clinging to States rights and monuments to men who fought to preserve the enslavement of my ancestors? For decades, the fight to correct the American historical narrative and create a more truthful history has been waged within the halls of academia and in the pages of literary works and journalistic periodicals….

In 2019, Nikole Hannah-Jones launched The 1619 Project on the 400th anniversary of the first enslaved Africans’ arrival on our nation’s shores, a sweeping (and ongoing) endeavor that fills in redacted cavities of our historical record.

Hulu recently announced a series based on the 1619 Project, a journalistic endeavor that hasn’t stood up to scholarly scrutiny but will be taught in schools nationwide.

Jenkins appears to promote reparations for black Americans in part of his statement along with another assault against Trump … without actually using the 45th president’s name.

As a nation, we are watching far more than we are reading. Despite the abundance of thorough, engrossing and illuminating work composed on the subject of American slavery by academics and journalists alike, the subject of reparations for the descendants of enslaved people has never been given due process and the slogan “Make America Great Again” both catapulted a trickster into the White House and emboldened his acolytes to wave the flag of the Confederacy in the halls of Congress and erect a hangman’s noose on the steps of the nation’s capital. If not now, when? When will it be appropriate to unravel the myth of American exceptionalism perpetrated through the manipulation of history and language by wielding a more truthful presentation of history through clear and unflinching language?

Jenkins previously slammed President Trump during a 2019 National Board of Review ceremony, cursing him out while accepting honors for his film, “If Beale Street Could Talk.”