That’s not the end of the world according to the Mayan calendar. It’s just the return of the sci-fi hit “The X-Files.” After leaving television in 2002 and the silver screen in 2008, FBI agents Fox Mulder (David Duchovny) and Dana Scully (Gillian Anderson) revisit their TV roots to tell more conspiracy-laden tales.

When we last left the duo on the small screen, Mulder was pondering whether the human race would survive the oncoming alien colonization – timed for Dec. 22, 2012, the so-called end of the Mayan calendar. In 2008’s feature film, “The X-Files: I Want to Believe,” the reunited ex-agents help solve a standalone mystery.

The new mini-season will add to the mythology. The promotional material teased the return of the Smoking Man – as well as the so-called “monster of the week” episodes. Adding to the reboot’s anticipation: several of the original writers, including series creator Chris Carter, are back.

“Those are the guys who do the scarier stuff,” said Duchovny, during last year’s Wizard World Comic Con in Pittsburgh. “They’ve taken the old mythology that we’ve done and kind of turned around and twisted it a bit.”

FAST FACT: Show creator Chris Carter says ‘The X-Files’ dedication to real science ‘is the anchor of the show.’

Part of that mythology that will be addressed is the relationship between the protagonists. Although they seemed to repair their relationship at the end of the last movie, the two will be estranged once again as the miniseries opens. That is, until fate forces them together. The series also will reveal more about their son William, who was adopted by another couple during the original show’s run. 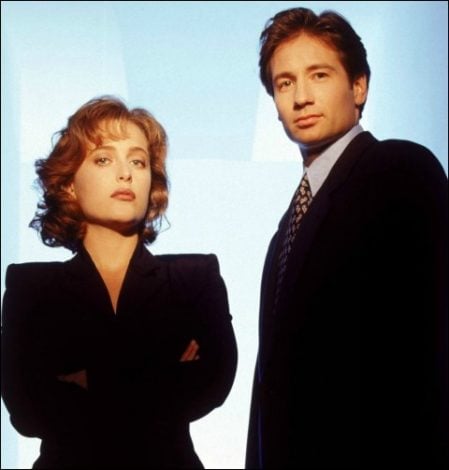 “It’s addressed in the reboot,” Duchovny said. “There’s a lot about the baby, actually. I think you’ll be pleased … actually, I think you’re going to be tired of that baby.”:

It’s “The X-Files” flexible framework and the lead actors’ range that allow it to be as diverse as it is. Some weeks it was a conspiracy series. Others dabbled in the supernatural. Still more featured moments of flat-out comedy. And with miniseries episode titles like, “Founder’s Mutation” and “Mulder and Scully Meet the Were-Monster,” we’re likely in for a variety again.

That, according to Duchovny, fueled the show’s improbable run. With so many different aspects to “The X-Files,” a two-hour movie can’t hit every note. But a six-hour series can come much closer to helping the intrepid FBI agents find the truth.

Pairing a pragmatist like Anderson’s Scully with a more wide-eyed agent (Duchovny’s Mulder) certainly helped. Today, with distrust in government soaring, particularly among Millennials, their investigations could be an even bigger hit.

Fox will air the first episode after the NFC Championship Game Jan. 24. It will be a two-night premiere, with the show airing again on Monday at 8 p.m. EST in its regular time slot. 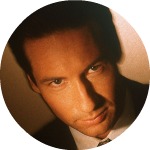 Agent Fox Mulder (David Duchovny): He wants to believe, and he typically does. Agent Mulder is the Alex Jones of the series, sniffing out conspiracies and willing to buy the very worst of his own government. Naturally, he’s often proven right over the course of the show. Getting abducted by aliens certainly helped confirm his talking points. Duchovny’s Mulder left the series during its final episodes but returned for two “X-Files” movies and the current reboot. 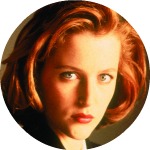 Agent Dana Scully (Gillian Anderson): She believes the science first and foremost. Her nuanced ties to her partner make being a skeptic a tad more difficult. She, too, got kidnapped during the season’s run. Scully also endured a serious cancer scare as well as being infertile. The latter wasn’t an issue for long, since she became pregnant in season 7 and gave birth to a son, William, during season 8. Her ties to Mulder? If they were on Facebook they’d label it as “complicated.” 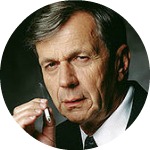 The Smoking Man (William B. Davis): This mysterious figure, also known as Cancer Man, played a critical role in the series’ original run. Typically seen through a cloud of smoke, Davis’ character is on hand to disprove anything suggesting aliens are truly prodding and probing us. Reports of his death were exaggerated, a story line which fits snugly within the greater “X” universe, His ties to another major “X-Files” character hearkens back to another pop culture franchise. 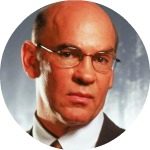 Walter Skinner (Mitch Pileggi): Skinner oversaw the X-Files office, a treasure trove of unsolved cases which kept Mulder and Scully busy.He looked askance at Mulder’s conspiracy chatter at first, much as Scully did during the show’s early seasons. Slowly, Skinner started to see the otherworldly light. He’s a former Marine and Vietnam War veteran who can hold his own in a fist fight. He also endured a bad case of nanotechnology implantation.