Just watch the new trailer for his latest film.

“Snowden,” which originally was slated for a late 2015 release, is now heading to theaters this Fall. Our latest look at the film reveals Joseph Gordon-Levitt’s huskier voice and the film’s unabashed support for the leaker.

“Why do you want to join the CIA?”

“I’d like to help my country make a difference in the world.”

For the uninitiated, Snowden served his country and then served up a cavalcade of classified NSA documents to the world while working with the CIA.

He’s been called everything from a patriot to a traitor, and he currently lives in Moscow. 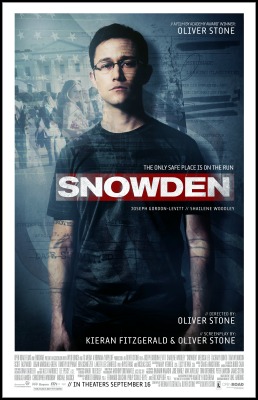 At a time when the U.S. government walked the very fine line between transparency and security, he decided he had the final say.

Gordon-Levitt emerged from his sitcom smash “3rd Rock from the Sun” to become one of Hollywood’s most unpredictable stars. From the soulful beau in “(500) Days of Summer” to the French tightrope artist in “The Walk,” he’s impossible to pin down.

Here, he’s asked to not only deepen his voice to better capture Snowden, but convey a real-life figure sure to divide audiences.

Although it’s crystal clear how Stone sees him.

This is what else we know pertaining to the film: