Kerstin Anderson has a pretty good excuse for missing classes at Pace University.

The college student earned the chance to play Maria in the national touring production of “The Sound of Music.”

Anderson isn’t just cozy slipping into Julie Andrews’ inestimable shoes. She’s got the poise of a Broadway veteran, the comic chops of an improv star. And oh, that voice. She can “Do-Re-Mi” for the next 20 years if she wants.

“The Sound of Music,” playing through June 26 at Denver’s Buell Theatre, shows a dusty classic can feel as fresh as It Productions like “Hamilton.”

The bones are all there, of course, courtesy of Richard Rodgers’ music and lyrics by Oscar Hammerstein II. It’s the presentation that matters, and you’ll be hard pressed to find flaws in this pristine production. 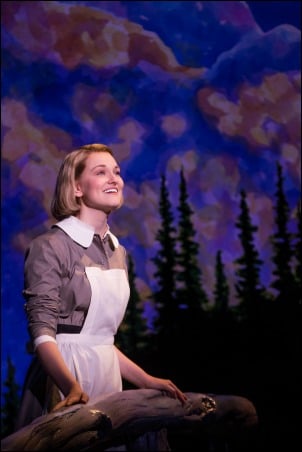 Young Kerstin Anderson plays Maria in “The Sound of Music.’

Once more we meet Maria, a neophyte nun who doesn’t fit in with her sisters. So Mother Abbess (powerhouse Melody Betts) whisks her off to the home of Captain Georg von Trapp (Ben Davis).

The stoic Captain needs a governess, and the gig could clarify Maria’s life plan.

You know the rest. And you certainly know the songs, embedded so deeply in pop culture one yearns for a sing-a-long version.

Then again, you might miss “My Favorite Things,” a delectable due with Anderson and Betts.

FAST FACT: The classic musical took many creative liberties with the real von Trapp saga. Just one difference: the family escaped the Nazis via train, not over the Alps as shown in the musical.

The new production doesn’t rework the source material or pilfer from the iconic 1965 feature with Andrews and Christopher Plummer.

It puts its faith in the original show, while allowing the stars to bring out the emotional truths within the structure. When Maria rebels against the Captain’s strict parenting styles it’s potent, almost dangerous.

So is her flirtations with von Trapp, a chemistry that reaches beyond the balcony.

What’s darn near breathtaking is how reverent, and positive, the church’s portrayal is. That might not seem subversive during the show’s initial run. In 2016 it’s a revelation.

Start with the set design, a masterful series of backdrops highlighted by gorgeous church interiors. The faux light passes through the stained glass windows, rendering the church’s inner workings as spiritual, warm.

The Mother Abbess and her sisters are decent, caring and hardly unaware of romantic love. They’re giddy matchmakers who understand why Maria may not be a good fit for their ranks.

The rest of scenic designer Douglas W. Schmidt’s handiwork is just as assured. Those famous hills that people can’t stop singing about are dynamic and crisp, the interior of the von Trapp estate dutifully expansive.

The production’s second act still teeters as the romance reaches its logical conclusion. Then, the storm clouds hinted at in the earlier sequences return. The Nazi regime is growing like a cancer, and the von Trapp’s new merriment may be short lived.

“The Sound of Music” is as family friendly as always, but the Germany subplot remains taut, a menace highlighted by the bracing sight of four swastikas late in the show.

And, unlike that New Jersey production of “The Producers,” we get to see those symbols in their unadulterated form.

“The Sound of Music” isn’t dated or stuffy. It just needed a fresh coat of paint, a reason to revisit the story that charmed generations. Anderson and company do more than that. They prove its hopeful narrative is as vital now as ever.

NOTE: Below is a peek at Anderson from 2010, giving us a glimpse of her considerable talents. (Her appearance begins around the 4:35 mark) 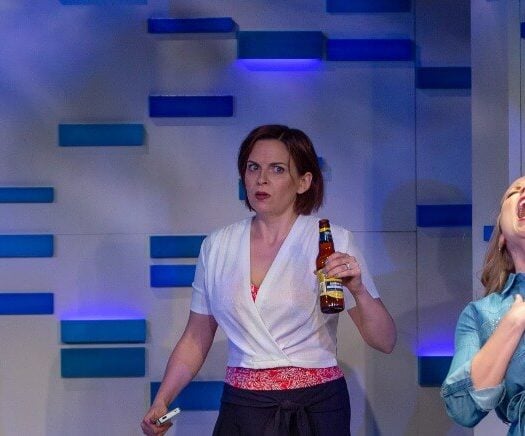 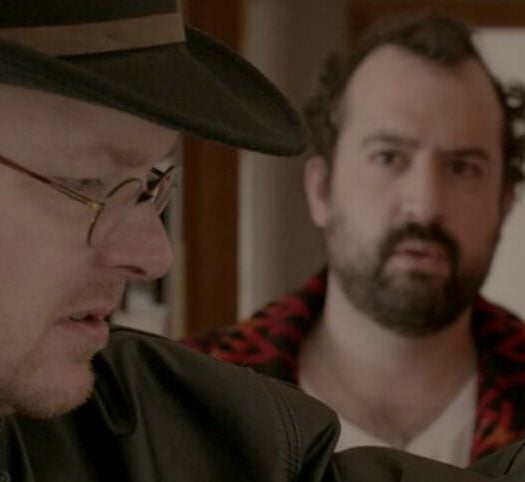