It laid bare the contradictory rules these self-appointed arbiters of societal standards foist on the public. Precisely what it felt the need to apologize for is only the beginning of the hilarity.

Some time ago, during a 4 a.m. sojourn to a megastore, I encountered a RedBox franchiser 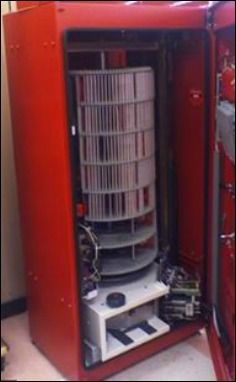 replenishing his DVD kiosk. I asked if I could take a picture of the machine’s exposed internals.

He shrugged, off balance that I was mystified by his quotidian duties.

In similar fashion, the minds at Autostraddle revealed the inner workings of their editorial decisions. There were unaware just what lunacy they were exposing.

So to see what I’m talking about, strap on your back harness; there is a lot of Social Justice Warrior baggage to unload here.

The original piece causing concern was a five-paragraph review of Seth Rogen’s fornicating food romp. The site addressed the myriad perceived problems in that submission with a 2,700 word explainer.

Okay, so what was the problem?

Well, in a passage titled We Messed Up, the issue comes down to an “insensitive” movie review.

After we received feedback about it from our Trans Editor, Mey Rude, the members of the QTPOC Speakeasy and Facebook commenters, we decided to un-publish the piece. Here’s how the review came to be published on Autostraddle, why it was a problematic decision, and what we’re doing to avoid mistakes like this in the future.

For someone who resists feeling personally affected by micro-aggressions, I cannot grasp getting worked up in any fashion over a film of this sort..

Further, how bad can a film review be to require a site to “unpublish” it?

Just you wait. All this strife you read was delivered in the opening paragraph of a lengthy, hand-wringing screed. 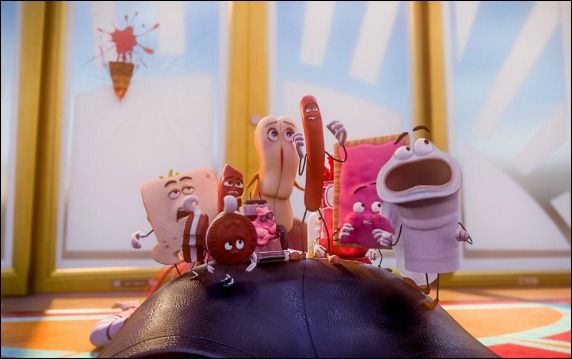 Senior Editor Heather Hogan details how the review came from a freelance pitch, and that none of the editors had seen the film. Hang on to that particular detail.

Of particular anxiety for the site was one of the food-borne characters — an animated taco voiced by actress Salma Hayek.

I’m going to pause here, and allow time for you to absorb this — a collection of editors painfully mulling the “problematic” aspects of an animated taco.

Peek Behind the Curtain

Next we get presented a transcript of an online editorial meeting between senior Autostraddle members via a messaging site. You can only imagine the severity of the facial expressions during this confab.

To the uninitiated, what you are seeing is the result of identity politics. First and foremost SJWs always approach things from the standpoint of race, and what is or is not proper. In this abbreviated exchange note they manage to layer the problems. Not only is there an issue with a Latina actress in a role, but the race of the reviewer also is cause for concern.

This, in regards to an animated lesbian taco. 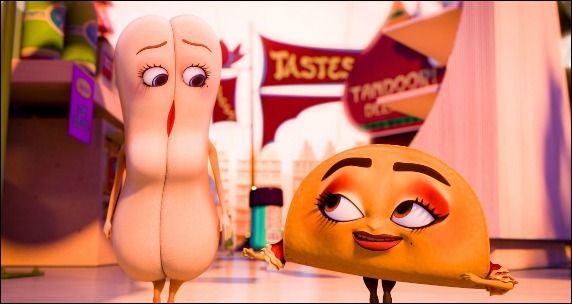 We have only begun to go down the rabbit hole — unless that is a hateful euphemism.

I am starting to get the impression that this painful review was given the greenlight because the positive portrayal of a lesbian taco was deemed benefit for the Autostraddle community. Clearly the editors hadn’t considered all the other areas of concern before moving forward.

Thus begins the paradoxical portion of this quorum. Can anyone explain “making” Salma Hayek use her accent? Hayek hails from Mexico, and she speaks with a well-known accent. In other words, the production “made” the actress use her natural speaking voice.

It also means the board is implying she should have used a different accent which would stifle her ethnicity. That is the height of xenophobia! Had they used another actress to speak with a Hispanic accent it would be cultural appropriation.

Man, these Autostraddle editors have me triggered!

Meanwhile these misandrist women are in existential crisis over satirical voice-over stereotypes, and rubbing their temples over whether an animated taco is a lesbian or a bi-sexual. All about a movie they haven’t seen. However slandering all men about the unseen content is acceptable, I guess, because that is the world, amirite?

Next we are given a summation of some complaints the site received. One thing we can learn is this hypersensitive, all-things-are-problematic mentality is not reserved to the editors.

“Latinx” readers called Hayek’s taco racist and reinforcing “harmful stereotypes.” Others bemoaned how the site labeled the character “lesbian” even though she was likely bisexual. A few wondered if there was sexual consent between the taco and the hot dog bun.

Finally, readers described the taco as a “damaging portrayal of a predatory queer woman.”

Imagine how oblivious one must be to express angst without the barest of introspection. A Mexican actress voicing a Mexican character is racist — how? 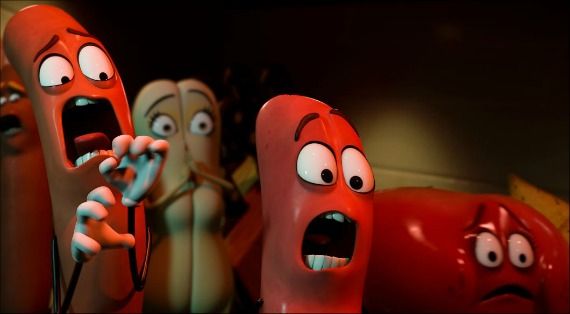 And if you, as a reader, get “upset” that an animated taco is called lesbian when it may actually be bi-sexual — well, maybe there are needs of a therapeutic nature you should explore.

I don’t think I need to say more about the phrase, “readers who found the taco to be a damaging portrayal of a predatory queer woman.” All I can say to aggrieved ticket buyers subjected to this oppression — it gets better.

Note one of the unspoken contradictions in every single one of these complaints. For generations the SJW activist set lectured anyone in a position of less-than-complete-compliance that they should avoid labels towards others. And yet every single beef in this article is rooted in the proper or improper labeling … of a taco.

Which brings us to that other label above, Latinx.

This new “word” is a contemporary response to centuries of Latin language being oppressive by having particular words designating gender. Language is hence hateful, because Latina (female) or Latino (male) doesn’t respect the literally dozens of genders that have recently been created. The male language also is given preference.

Thus, Autostraddle resorts to the manufactured Latinx. However, to illustrate how thorny and unrealistic these standards can be, within just four sentences Hogan violates her own standard:

By the way, Yvonne was no more capable of keeping this rule straight — sorry, I mean keeping it “in line”:

Oh dear, the insensitivity is very troubling. I expect more apologies from you, Yvonne! Sorry, your rules. 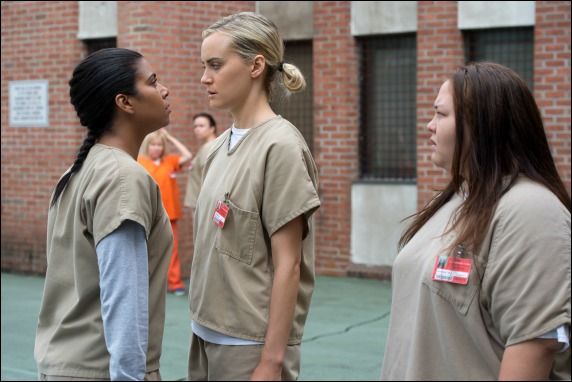 Hogan later details some of the bizarre editorial decisions they made in covering the past season’s “Orange Is The New Black.” She detailed how she intentionally made sure they used diverse writers from all ethnic groups. No problem there. But then she explains if an episode featured predominantly black characters the white writers saw their work culled.

You have to love the admission of the lack of editorial freedom Autostraddle offers its writers. You must have opinions that are shared by all, or become censored as a result.

The Netflix series also has a number of white characters on the program. Were the black writers forced to have their opinion be in line with the white writers in the same fashion? Did black editors remove black editorial content because it was not in line with Caucasian sentiments?

Somehow I have my doubts. These ladies proved they are incapable of following the very rules they promote.

While there is a temptation to say this public meltdown was actually satire, it is in fact painfully real. People from the fringe left actually do submit themselves to this line of thinking. They resort to reactionary positions without employing standard common sense.

You may call it pretzel logic, but a better food analogy is akin to Ramen noodles worked into a Gordian knot.

They set out rules for all to follow, and then label and accuse those who do not fall in line as being wrong or hateful (recall the line “stupid F-ing Men”). All the while, they find their own rules impossible to follow.

This type of display needs to revealed.

A group of editors self-flagellating over the “pain” caused by the review of an R-rated animated film is mirthful. Note the insipid judgments handed down by those who profess to not having seen the film.

A group of feminists claiming the intellectual high ground, while debating the social merits of a lesbian taco exposes their hollow mindset. It is helpful to know the way these minds work, since they inevitably will try to exact social change based on their fractured view — because that is the world.