I was a first year student at seminary reading nothing but study books, so I thought I would look for something to read in my leisure time, not that I had much.

My first instinct was to go to the graphic novel section of this nearby bookstore, hoping to add to my ever expanding comic book collection of “Batman” titles.

As I was passing through this bookstore, I happened to end up in the young adult section and noticed the fantasy titles. I have always been a heavy reader of fantasy, including classic and modern. From Beowulf and King Arthur to Middle-Earth and Nuworld, I enjoyed anything I could get my hands on, especially fairy tales. I figured a Y/A would be an easier read and would not distract me from my studies too much. 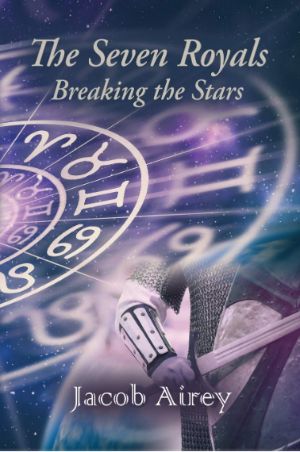 Hey, no judgment. They can be fun.

I picked up a novella that advertised itself as a “new take” on Sleeping Beauty. As soon as I read the back summary, I knew that it was not some retelling… it was a trashy plagiarism.

I grabbed another. The same.

I saw at least a dozen fantasy novels and they were identical. The beautiful princess is now a politically correct parody, the prince a caricature, the villain some sort of misunderstood environmentalist or a “toxic” male, and all featuring sexual overtones encouraging all kinds of deviancy.

I ventured to the main sci-fi section and found more of the same. Sure, they had CS Lewis, JRR Tolkien, and company, but mixed in was more trashy rewrites of classic fairy tales and legends.

I was so angry that I returned to my dorm room empty handed. I sat down thinking about this experience.

At one point, I wondered if it really mattered. Who cared if a bunch of wannabe smut peddlers copied fairy tales?
Then something occurred to me. There were very few on the other side.

Almost none sought to use these fairy tale legends as a foundation to encourage an interest for the reader in the original stories that inspired them.

Fairy tales, legends, and even ghost stories founded a love of fiction all throughout the world, showing that the written word could be more than informational and educational, it could be imaginative.
Imagination creates inspiration and inspiration can open horizons.

An idea was born that day and yes, at that time it was just an idea. I was working on my first novella which was complete but needed massive edits. I did what any good newbie author did, I started writing things down.

Over the next couple of years… yes, years as I worked on what would become my first published book “Cacophony: A Tale of Faith and Fear,” I kept returning to fairy tales and legends.

I went back and reread the Grimm Brothers and Mother Goose. I explored fairy tales that I had never read before and found a goldmine of ancient tales of good and evil. All throughout, the original problem that started this whole journey continued and continues to get worse.

I did not just see fairy tales being attacked, but the very concepts of masculinity and femininity were under attack from politically correct scribes.

Creating a New Realm Inspired by the Past

I soon realized this created a problem for me. Fairy tale characters are incredibly diverse in personality, back story, and even what they represent.

Thus, the cast grew from two to four to five and finally seven. Six of the protagonists would be either inspired by a particular character or an amalgam of several with their leader, the Dragon Prince Jasher, being the main focus. He is the only one based on a real historical figure and the one who would keep them on track on heroism and defending their fictional land of Craih.

From there, I needed a villain.

Not one based on some talking point, but one that was deceptive, manipulative, charming, but completely amoral and frightening, inspired by the terrifying enemies in the classics.

This led to the formation of antagonist Fabius Thorne, a leader of a dark society who used jealousy and promises of power to manipulate an ally into supplying him with an army to conquer Prince Jasher’s homeland.

With the hero and villain ready, “The Seven Royals: All Good Things” was born. It is the first in a fantasy trilogy that has new takes on classic fairy tales, but with a strong sense of respect for the source material and a modern sense of adventure.

The novel received a lot of love from those who read it, but I noticed a theme in the response.

Thorne had an associate in his entourage, a mage so powerful that he epitomized the old saying “keep your friends close, but your enemies closer.” This was the Wicker Man, a scarecrow-like figure that was based on Celtic folklore. Though his role was small, the readers found him intriguing and wished to know more about him. I found this an acceptable challenge.

The Wicker Man would be promoted to the main antagonist in the now-released “The Seven Royals: Breaking the Stars,” where Jasher, now crowned king, leads the others to battle against this mage. This novel continues the tradition of its predecessor by honoring the fairy tale legends that it is based on by expanding into the Zodiac and beyond.

While writing both of these novels, I would think back to that day as a young seminary student and that fateful walk down the Y/A aisle that inspired my writing. Prior to the release of “The Seven Royals: Breaking the Stars,” I took a trip to a local bookstore one not too different from the one I visit all of those years before. I was not surprised by more of the same. In fact, it is has gotten worse.

Even entities that once honored these old stories are now pushing “deconstructed” versions of these stories that simply rinse, wash, and repeat the tired politically correct talking points.

Seemingly trivial things like ancient myths, legends, ghost stories, and fantasy epics are not something to discount. They are journeys into inspiration and leaps into the imagination. From there, who knows what adventures a reader will go on once they open up something as simple as a book.

Jacob Airey is an author, nerd, YouTube host, movie buff, and pop culture critic. He started this website in 2012 where he covers a vast variety of topics including film, music, and faith. He’s the Chief Editor of StudioJakeMedia.com where he frequently publishes movie reviews, discusses anime, pop culture commentary, and more.