Penn’s new film, “The Gunman,” is expected to pull in less than $6 million in its opening frame, a far cry from what a typical Neeson movie hauls in. It’s also less than Pierce Brosnan’s similar bid late last year, “The November Man,” earned in its debut weekend – $7.9 million.

Days before “The Gunman” opened Penn reminded us of his strong political opinions. He fired off the following comments on “Real Time with Bill Maher” regarding the infamous letter a group of Republicans wrote regarding nuclear talks with Iran.

And in fact — I think that where we should not be looking at this, is not in terms of treason, but mutiny and I think perhaps criminal mutiny.”

Would right-leaning audiences be eager to support Penn after those incendiary comments? Look at those box office tallies again. 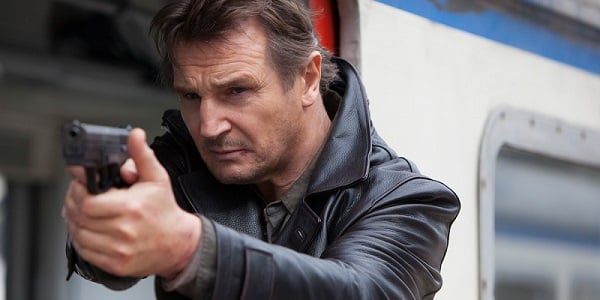 And then there’s Neeson himself, who has enjoyed a sterling second career as an aging action hero. Yet his latest film, “Run All Night,” is underperforming compared to recent outings.

During the press tour for “Taken 3” earlier this year, the franchise which invigorated the actor’s career, he blasted the Second Amendment in no uncertain terms.

“There’s too many f—ing guns out there,” he told Dubai-based Gulf News.

“I think the [U.S.] population is like, 320 million? There’s over 300 million guns. Privately owned, in America. I think it’s a [expletive] disgrace. Every week now we’re picking up a newspaper and seeing, ‘Yet another few kids have been killed in schools,'” Neeson said.

The irony is that actors appear on shows like “Conan” and “Real Time” to promote their current projects. It’s a smart way to spread the word about a new film. Yet often actors shoot themselves in the foot, metaphorically speaking, during these appearances.

Actors are free to say anything they wish at any time they wish, save shouting “fire!” in a crowded theater showing their movies. They also must accept the consequences should their comments inflame part of the movie-going public.