“My classmates didn’t particularly like me, but they liked what I wrote,” says Hoyt, who grew up in Portugal.

The reaction to her “serial soap operas” encouraged her future career.

“I never thought I’d be able to live from [writing],” she says. “Portugal is a very small country … I wrote for the fun of writing.”

The future author filled up as many composition notebooks as she could back then, yellowed leftovers from a local grocery store’s stock.

“Paper and the ability to find enough paper to write on was one of the struggles of my childhood,” Hoyt recalls. “It’s something Americans born and raised here don’t think about.”

Today, she fills book shelves with a crush of titles that bounce from genre to genre. Hoyt’s tales careen from unexpected science fiction heroes to dueling swashbucklers.

The Shifter Series. The Musketeer Mysteries. The Shakespeare Series. The Furniture Refinishing Mysteries. That last category isn’t a typo. Her publisher told her “Craft Mysteries” were all the rage. So Hoyt added the old saw, “write what you know,” to her to-do list. 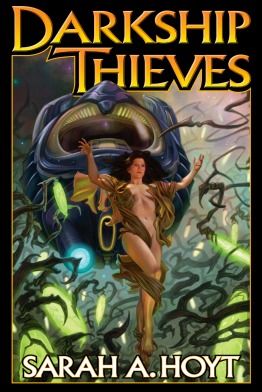 restoration,” she says. The books are the rare time she gets to set stories in the present.

Previous novels like her Shakespeare series take place during the Bard’s era. Other yarns, like the award-winning “DarkShip Thieves

Sometimes her publisher nudges her to try something new. Otherwise, the switches appeal to her lust for change.

“I just have the sort of mind that can’t do only one thing for too long without becoming bored,” says Hoyt, who typically juggles several ongoing series at once. It does make keeping the minutiae of each narrative a challenge, though.

“What the heck was that minor character’s name [again]’,” says Hoyt, whose short stories have appeared in “Asimov’s,” “Weird Tales” and “Analog.”

Her work ethic won’t allow her to give up on writing. The publishing game isn’t for wimps. She takes pride in rolling with the occasional rejection letter.

“Part of my credo is, ‘I don’t get fired,’” she says. “If the publishing houses try to fire me I come back with something else.”

Hoyt is that rare, outspoken conservative in the literary realm. It’s a confession she didn’t make right away. Keeping her views to herself took its toll.

“You’re constantly lying and watching every word you speak,” says Hoyt, who contributes to the conservative web site Instapundit. “It’s what I used to feel like at [fantasy] conventions.” 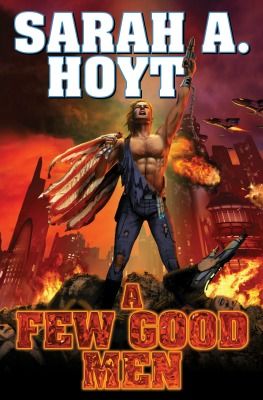 Life is easier now that she’s more open about her political philosophies. Revealing her ideology did have a downside.

“It’s very odd to see people who you’ve been friends with for 15 years say you’re a fascist,” she says of some publishing peers. “It means they didn’t even bother to read what you wrote. They’re desperately trying to stay with the ‘in crowd.’”

“The moment you say, ‘no, I don’t agree that the Democratic party is the salvation of mankind and Hillary is our redeemer,’ suddenly you’ve become a monster. You’re not a person,” says Hoyt, who calls her new book “Through Fire (Darkship)

She says she initially kept her views private in order to break into the publishing industry.

“I recognized the power structure. I came from Europe. I’ve seen It before,” she says. “I wanted to be published. There’s no great heroism in not being able to reach the public.”