Capture film history from a faith-friendly perspective while keeping one foot firmly planted in the secular world.

Smith goes two for two in “Reel Redemption: The Rise of Christian Cinema.” It’s a travelogue through Hollywood lore from a Christian perspective.

Just don’t expect the documentary to soft pedal its critiques, or make excuses for, lackluster product.

The documentary starts with how film initially captured Christianity and the fears in religious circles that “cinema” could create a moral panic. The rules were much different then, courtesy of The Legion of Decency.

The group helped establish the Hays code which restricted the kind of stories that could make it to the big screen. Filmmakers followed the “unofficial” rules for decades.

Creators maneuvered around the code, wavering between strict adherence (Bible epics like “Ben-Hur”) and films dabbling in the darker side of faith (“The Night of the Hunter”). The industry eventually shed its unofficial rule book in 1968, opening the proverbial floodgates for gritty, multi-dimensional yarns.

And, on more than a few occasions, negative Christian tropes.

“Reel Redemption” isn’t eager to proselytize for faith, nor does it excuse Hollywood for doubling down on stereotypes. The 1980s proved a tempestuous time for both sides of the cultural divide. Films took an increasingly bleak look at faith while the Moral Majority grew louder, and stronger, with its objections.

It’s surreal to recall the battle over Martin Scorsese’s “The Last Temptation of the Christ,” with Christians sounding eerily like today’s Cancel Culture warriors.

Christians ignored movie making at their own peril, watching secular filmmakers tell their tales without much, if any, feedback. It’s why they began working around the system in the early 1990s. The first results proved laughable, witness inferior sci-fi tales like the “Left Behind” franchise.

Years later, a humble church-based studio proved a smarter way to spread the cinematic Gospel. Sherwood Pictures gave millions of Christians films to call their own. Sure, they offered clumsy acting and production values that echoed their micro-budgets. They connected with audiences starved for films that reflected their faith journeys.

The Kendrick brothers, the creative team behind the studio, made millions with films like “War Room” and “Fireproof.” They also opened many eyes in Hollywood.

“Reel Redemption” charts the Kendricks’ journey as well as the genre tropes they embraced along the way. 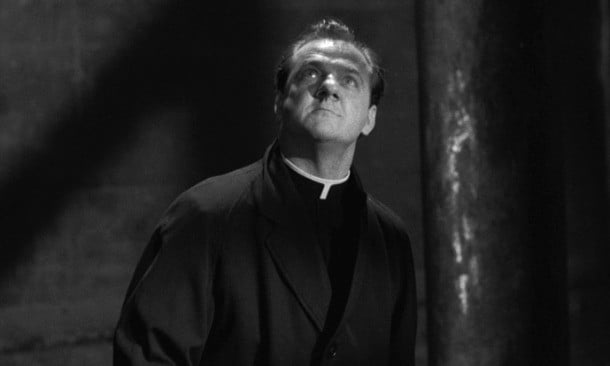 The film has far less patience for the “God’s Not Dead” franchise, a scorched earth-style trilogy that allowed little compassion for its atheist characters. Other films, including the slyly comic “Believe Me,” get an overdue closeup.

“Reel Redemption” covers plenty of ground in a tidy 90 minute package. The only sign of creative stress comes via Smith’s brisk narration. The film gives too much credence to critics while nudging aside the impact faith films have on their audience. And the absence of filmmaker Spencer T. Folmar, the nuanced voice behind “Generational Sins,” is noticeable.

HiT or Miss: “Reel Redemption: The Rise of Christian Cinema” offers a sober, and expansive, look at the intersection of Hollywood and faith.