One of Hollywood’s biggest talents hasn’t starred in a film for the past four years. His last major role came in 2012’s “A Thousand Words,” a farce that barely registered on the pop culture radar.

The actor is handed a rich role – a noble cook who helps a teen deal with the loss of her mother. It’s got Oscar season gravitas stamped all over it. And director Bruce Beresford of “Driving Miss Daisy” fame is behind the wheel.

Yet there are moments when “Mr. Church” feels like Murphy’s biggest misstep to date.

Natascha McElhone stars as Marie, a single mom whose ex-lover gives her a unique gift from beyond the grave. Before passing, he ordered his long-time cook Mr. Church (Murphy) to make meals for her in his absence.

Why? She’s dying. So the guilt-ridden ex figured his loyal servant could help Marie out in her final months.

With us so far?

So Mr. Church makes scrumptious meals for Marie and her precocious child, Charlie. Only Marie is a fighter, and that whole “six months to live” diagnosis ends up being off by several years. 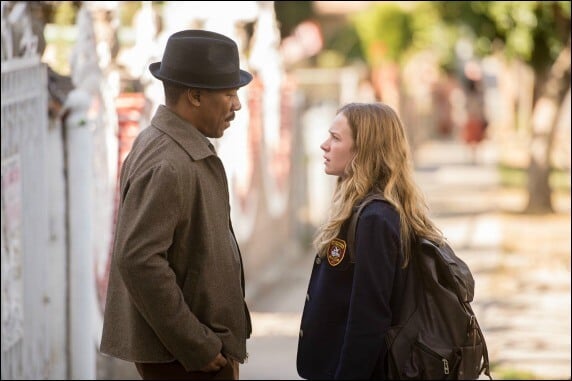 In that time, Mr. Church becomes an integral part of their lives. Only no one knows what he does once he folds his apron up and heads home.

It’s impossible to discuss “Mr. Church” without remembering the “magical negro” motif, as described by Salon.com:

… a saintly African-American character who acts as a mentor to a questing white hero, who seems to be disconnected from the community that he adores so much, and who often seems to have an uncanny ability to say and do exactly what needs to be said or done in order to keep the story chugging along in the hero’s favor.

It’s like the minds behind “Mr. Church” read that paragraph and then started banging out the screenplay. In a way it’s not fair. Storytellers shouldn’t stop writing stories about black characters and how they shape the lives of those around them. It’s how “Mr. Church” clings to that trope like a life raft.

If that were the film’s only serious flaw.

FAST FACT: As a teen, budding superstar Eddie Murphy performed at so many local talent shows and clubs it impacted his school work. He ended up repeating the 10th grade as a result.

Beresford crafts some scenes as if he had never stepped before a camera. The very worst moment? When Charlie, now a teen played by Britt Robertson, narrates her character’s interactions with mourners during a wake.

She tells us exactly what happens. Then, we see it play out before us. It’s a stupefying flip on the “show, don’t tell” storytelling template.

What else haunts “Mr. Church?”

And through it all stands Murphy, radiating star power and that impish sense of humor. Mr. Church isn’t a comedy, but like the best comic actors Murphy excels when he’s playing it straight.

Watch him whip up one elegant meal after another, his movements made perfect by practice. Or observe his body language when Charlie pushes him out of his comfort zone. What’s lurking beneath that severe exterior? “Mr. Church” compartmentalizes his weaknesses until they don’t even matter.

“Mr. Church” never touches on the title character’s race despite a narrative that begins in the 1960s. That isn’t a sin, necessarily. It’s just another sign of how the film feels detached from our cultural fabric

HiT or Miss: Eddie Murphy’s “Mr. Church” reminds us of his oversized talents … and inability to pick projects worthy of them.