Naturally, Pittsburghers are nuts with pride over his well-deserved wins on the awards circuit, culminating in an Oscar nomination for “Birdman.” We celebrate our own actors and athletes, inventors and artists with unabashed joy.

And that’s why I’ve found myself lately reflecting about my time with Hannibal Lecter.

It was December 1989. I’d just moved to Pittsburgh, broke, finishing my bachelor’s degree in night school and sleeping on my cousin’s couch. To earn my keep, I took the 71C from Highland Park every day into “town” to work any shift I could at Kaufmann’s. I didn’t know what I wanted to do with my life. The one thing I knew for sure and that everyone knew about me was that I loved movies and I loved to write.

It Only Happens in the Movies

One afternoon, while working the cash register in the bridal department I received a phone call from my cousin. On the Kaufmann’s land line, that is – no cell phone had made its way into the hands of anyone we knew.

Afraid I’d get in trouble for receiving a personal call, I whispered into the phone, “WHAT?!” She explained that she saw a little flyer tacked to the wall in her office at Point Park College announcing a casting call for movie extras. Though not an actor, shouldn’t I go to the film’s production office, listed as the fourth floor of the William Penn Hotel, and try to get some kind of movie job?

I grabbed my coat and told my disapproving supervisor I had a family emergency. Nearly running to the hotel (a real movie, right here!) I decided that if they would hire me to do anything, I’d take it on the spot. In my pre-Kaufmann’s life, I worked as a plot synopsis writer for Criterion, a film company in Toronto where I lived before I moved back to the states.

When I breathlessly arrived at the make-shift office, it was teeming with people and noise and props and New York accents. I explained to the girl manning an enormous, cluttered desk that I needed a job, any job and I could start immediately. To my astonishment, she summoned a tall, stick-thin blonde who asked me if I could write.

From Liquid Paper to Extra Work

I never returned to the bridal department. For the next four months, I was part of the crew of “The Silence of the Lambs.” Working in the publicity department, my job encompassed everything from captioning set photos for media kits (on a typewriter with Liquid Paper at the ready) to greeting reporters from “Entertainment Tonight” on set to getting coffees for people. I even made it into the final film, playing a reporter when the extras “tank” was low and they needed a body. Running in a cluster, I’m the one on the right chasing down the D.A. as he walks down the hall in the third act of the film.

“The Silence of the Lambs” taught me how to use a photocopier, write a press release, interview people for their personal bio, walk on cue and how to act super cool in front of a very, very famous person.

The first time I met Jodie Foster, my head was down into the keys of my typewriter, proofing what was probably the 400th roll of film I’d captioned. As I peered at my line – “Clarice meets Lector at his cage,” a familiar voice filled our little office space.

“Mind if I eat my lunch in here?” She was tiny and luminous. A little tweak to Fitzgerald was appropriate here: the famous are not like you and me. I understood why our costume designer was challenged to make her Clarice look ordinary. In person, Foster is absolutely stunning, as far from plain as we were to the moon. 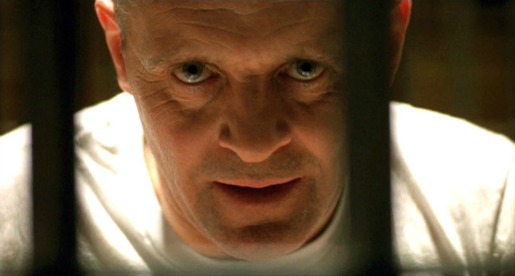 Bumping into Anthony Hopkins was another story entirely. In real life he seemed in character. I have no recollection of who introduced us. No doubt it was some kind soul giving the publicity kid a thrill out of courtesy while he was in the office. He was clad in his white outfit from the set, hair slicked back, eyes glittering. In his now-famous cadence, he said, “Hellooo Jennifa…” I jumped back a little, reddening at my foolishness and nodding limply in response.

Though I won’t purport to know what was in the minds of the director Jonathan Demme, nor Ed Saxon, Ron Bozman or Kenny Utt, the producers, or for that matter Foster or Hopkins, I can’t imagine any of us who contributed to that film ever thought it would find a place in movie history, no less score a bunch of Oscars. Watching those famous people accept the five biggest Academy Awards was surreal. Though I doubt they’d remember me among the hundreds of crew members, I felt a sense of familial pride as they accepted their statues.

How Hannibal Left His Mark

As famous as “The Silence of the Lambs” is, I feel a private connection to it. Certainly every time I drive by Soldiers and Sailors Memorial I think of Lecter in that big cage and us crowded in the extras room for hours.

The William Penn Hotel will always be the place where we created a legendary piece of movie history. Turtle Creek means a giant sound stage in an abandoned building containing the pretend hole into which Buffalo Bill threw his victims. And unlike the serial killer’s gruesome, fake souvenirs, I have some, too.

I kept originals of all of my caption lists on production letterhead, crew bios and a sheet recording my hours of work signed by the unit publicist. I don’t wear my “Silence of the Lambs” crew shirt, so as to retain its graphics of fluttering moths. My mom has my signed Foster photo hanging in her den. In my closet hangs a gift from the costume department, an FBI academy jacket from Quantico. My movie poster has traveled with me from job to job, house to house over the last 25 years.

“The Silence of The Lambs” remains one of the great experiences of my life. That I was a part of it within a month of moving to Pittsburgh cements this town in my heart. We are a place of many famous products and to have played even a tiny role in our movie lineage is a great honor.

So, there’s no doubt that when Keaton graces the stage at the Oscars, I’ll understand exactly how he got there.

Jennifer Papale Rignani is currently working as a senior writer and content manager at BusinessForward, an IT consulting firm in her hometown of Pittsburgh. She has also worked as a freelance writer and reporter since 1998 and was associate editor of Pittsburgh Magazine from 2003-2005. Her articles have appeared in dozens of publications including South Jersey Magazine, Main Line Today, Patch.com, Mt. Lebanon Magazine, Edible Jersey, The Pittsburgh Post-Gazette, The Sandpaper and New Jersey Savvy Living. She is married with three young daughters. When she isn’t breaking up fights or cleaning the bathtub, she watches movies.