A villain that sparks more fear that the planet-devouring Galactus. A baddie more menacing than the death-worshiping Thanos.

A bad guy whose very name incites hatred and despair.

While not explicitly naming the presumptive Republican presidential nominee, Marvel has introduced a new version of its villainous MODOK (Mental Organism Design Only for Killing). This model looks suspiciously like the Donald.

The new MODOK, appearing in Spider-Gwen Annual 1, is given a slightly new name. He’s now called MODAAK (Mental Organism Design As America’s King). The supervillain warns that the nation’s “foreign filth” is ruining the country.

Need any more convincing that Trump is being targeted?

The character threatens to crush the black, female Captain America with his “powerful hands.” 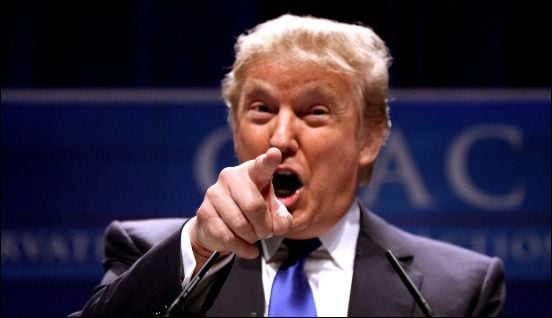 It’s not the first time Marvel and the other comic book publishers have taken on politicians. Most times, when a president is shown in comics, his face is obscured in shadows, a la old movies.

Comic book writers often can’t hold back from capturing the latest headlines, though.

But for a publisher – especially one owned by Disney – to go after a presidential candidate in an election year is something far more dramatic. It speaks volumes to the emotions Trump has stirred within both the electorate and the artistic community.

Imagine what would happen if he were actually elected? Stand-up routines wouldn’t be only comics getting more political.