If you’re Gen X or older, the former Soviet Union and its tyranny are quite familiar to you.

But how many of us know what life was like in the U.S.S.R. firsthand?  Author Marina Fontaine does. She grew up in it.

HiT had the chance to interview her about a novella she authored—one that is a unique combination of dystopian fiction and uplifting endings. She also talked a bit about how her past life under communism influenced her writings.

Full disclosure: Fontaine and interviewer Paul Hair are both members of the Conservative-Libertarian Fiction Alliance.

HiT: How long did you live in the U.S.S.R. and when did you immigrate to the U.S.?

Marina Fontaine: I was born and grew up in the former Soviet Union. My family waited for 10 years to be allowed to leave the country, and I was 19 when it finally happened in 1987. It wasn’t easy to adjust to the new country, culture and language as an adult, but I am glad it happened this way.

I can truly appreciate what it means to be free since I have experienced the alternative first hand. It 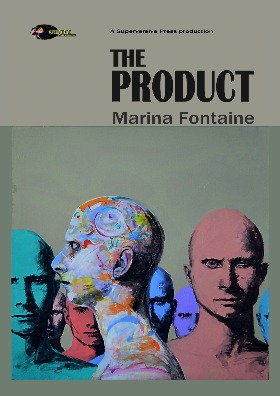 also allows me to insert little details into my writing that might sound far-fetched, but come directly from my experience.

HiT: Reviewers of “The Product” (Superversive Press, 2016) say there are similarities with George Orwell’s “1984.” But they also mention that it’s hopeful. Why did you make it hopeful when that’s not necessarily common with dystopian works?

Fontaine: After publishing my first novel, “Chasing Freedom,” which is set in the near-future United States and was meant to be grounded in the reality of this country, I decided to have a more traditional dystopian setting for my next project.

The society in “The Product” is further gone on the road to totalitarian rule, and more importantly, the population as a whole has no internalized understanding of the concepts of privacy, traditional family or even basic honor and empathy that we all take for granted. This allowed me to explore the most basic questions that are often overlooked in dystopian fiction.

Most people assume it’s the fear that keeps the subjects of an oppressive society in line. But once the mass executions are over, what lets the dictatorships continue long-term is contentment. Human beings are wonderfully adaptable, and once the population is conditioned to expect less, the vast majority will do so.

If joy and self-fulfillment are not a possibility, minimal everyday comfort will do. If lasting, deep friendships and till-death-do-us-part romantic love are out of reach, casual relationships and cohabitation contracts are good enough.

And if tormenting an occasional non-conformist is the best available entertainment, most will partake of it with glee, and feel great satisfaction afterwards. The bottom levels of Maslow’s hierarchy will become comfortable when the top appears non-existent.

[So] what if “something” existed to show you that hope and joy and even love are indeed possible? Would you risk using that “something” to experience feelings you had never known, no matter the cost, knowing there would be no going back? Would you share it with others?

That is the concept behind “The Product.”

As to why I choose to give my dystopian writing a hopeful bend? In short, because I think it is much needed. Traditional dystopian genre rose up as an attempt to wake up Western societies to the very real possibility of a totalitarian future, to scare and disturb enough readers into taking action towards protecting our hard-won freedoms.

Back then, in the afterglow of winning WWII with the Soviets as allies, this warning about the end-game of communism came at the perfect time, even though one might argue it was not truly heeded.

Our time, however, is different. We no longer need to be warned or scared. While the Right and the Left are more divided than ever, both sides have serious concerns about the rise of totalitarianism. (“1984” is favored by the Right; “The Handmaid’s Tale” [by] the Left).

But fear leads too easily to despair, and people who have despaired will not be inclined to fight.

Therefore, I choose to write a dystopian tale which goes beyond painting a picture of tyranny, but gives hope that it can be fought, that the human spirit will not be universally suppressed, that love and hope will find the way into even the most broken hearts and help find the way out of the darkness.

Fontaine: I spend most of my time on MeWe, although I do still have a Facebook profile. I use my own name on both of these platforms.

I am one of the three co-admins of the Conservative-Libertarian Fiction Alliance group on MeWe. Anyone with a conservative and/or libertarian worldview who also loves to read or write fiction is welcome to join the group.

My personal blog, Marina’s Musings, has not been very active lately, but you can find a decent backlist of posts there to get more of an idea of my worldview and things that interest and excite me in general. And I intend to start blogging more regularly in the upcoming year.