Author Paul Clayton has been writing fiction for 50 years.

Two of his latest works are “Crossing Over

.” He answered some questions from HiT about how technological and cultural changes have radically transformed the book publishing industry.

Full disclosure: Clayton and interviewer Paul Hair are both members of the Conservative-Libertarian Fiction Alliance.

HiT: Why did you become a fiction writer?

Paul Clayton: I’ve always enjoyed good books, and I believe that the books I took out of the library when I was a preteen could have saved my life.

We’d moved to a different neighborhood and my friends were all gone. I read Booth Tarkington’s 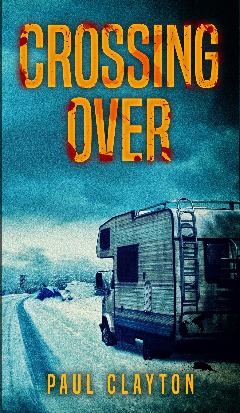 “Penrod” series and also Mark Twain’s “Tom Sawyer” and “Huckleberry Finn.” Books injected joy into my tortured ten-year-old soul, and I went to and from the library for a whole summer to get my fix.

I believe that it was Vietnam that made me a writer. After I graduated from high school, I went to work at the Philadelphia Naval Shipyard. Some of my buddies went to college, getting that crucial draft deferment. [I didn’t.] I was drafted. I went; I survived; I did not have a good time.

Eventually I met the (first) love of my life and she inspired me to go to college and pursue my desire to learn how to write.

And, I must add, my experience as a ground pounder in ‘Nam was burning inside like a bad case of acid reflux. I had to get it out, and I especially wanted to inflict it on those who had sent me, and those who had finagled their way out of going. And so began my quest to write and publish what would eventually be titled, “Carl Melcher Goes to Vietnam.”

HiT: “Crossing Over” is an apocalyptic tale warning about current events. Reviewers mention that Mike (the protagonist) is an everyman who doesn’t pay much attention to politics. Is that correct? Also, does this describe many Americans, and has such a lack of attention contributed to why the nation seems to be disintegrating?

It is the fanatics that make history happen, not the conservative, staid, law-abiding bores. The Bolsheviks were a minority of Russians, but they got the Revolution going. So it is the fanatics and the invisible ideologues pulling the levers behind the scenes that make these wars happen.

HiT: “Van Ripplewink” is about a man who wakes up after being comatose for nearly a half-century. Is there more to the story than just a man adjusting to a foreign world?

Clayton: “Van Ripplewink” deals with, yes, how alien our present culture and society would look to someone coming back from the not-too distant past. “Van Ripplewink” also deals with race relations in America, a TABOO subject in Big Publishing.

To summarize the book, a young American male goes to the grave in 1965. His neighborhood at that time was an Irish-American enclave. At this time in Philly, most neighborhoods were ethnic enclaves. Blacks lived with blacks, Italians with Italians, Polish with Polish, Jewish with Jewish. So when Van Ripplewink “awakes” and attempts to go home, he finds everyone he knows gone…and his neighborhood a violent ghetto. Fortunately, he meets a kindly African-American man, an engineer named Charlese, who attempts to help him navigate this brave, new world.

HiT: You self-published “Crossing Over” and “Van Ripplewink.” Meanwhile, “Carl Melcher Goes to Vietnam” and “Calling Crow” spent parts of their publishing history with two of the Big Five publishers. What’s the future of book publishing?

Clayton: I attempted to publish my last historical novel, “White Seed: The Untold Story of the Lost Colony of Roanoke,” with traditional publishers. Sadly, it didn’t happen.

When I first sent off “Calling Crow” to an agent, that was in 1991 or 92. The book was finally published in 1995. That’s four and a half years from first submission to publication. I’m not a young man anymore. Traditional publishing has just become too slow and too incestuous. And this brings me to my second point.

Traditional publishing has been “taken over” by single-issue minorities with a big grudge against white males. Granted, white males have dominated publishing for years, much as black males dominate sports.

But I was never one of these dominant, mega-selling, white males. I was a “mid-list” author, as my first agent told me. But now, anybody that looks and sounds like me, is, in my opinion, wasting their time trying to get past the 20-year-old female, or feminized male, junior acquisition editors and interns. Especially if they write about what I would describe as “traditional America and Americans.”

But along came eBooks and they have given my writing career, such as it is, new life, although not as vibrant and visible as traditionally published books. You CAN publish without waiting five years, but so can everyone else. And now, sadly, success comes down to not only good writing, but to marketing. And I think it’s rare that they go hand in hand.

Clayton: I would say to folks who enjoy my writing to “follow” me on my Amazon page.