Working his way through independent film in various roles (producer, writer, etc.), Trebilcook is best known for a script some felt got far too much publicity.

“It’s no secret that I’m a fan of ‘Die Hard,” says Trebilcook, “I always wanted to write a ‘Die Hard’ movie, period. It was never intended to be simply a fan script.”

That “fan script” was a story Trebilcook began writing in 1993 as an 18-year-old watching Bruce Willis talk up a potential third entry in his right-guy-in-the-wrong-place-at-the-wrong-time franchise.

Trebilcook says he wrote two spec scripts he felt would make suitable sequels to his favorite franchise. He plugged away over the next years in film, writing and teaching, never forgetting his love of John McClane or his accomplishment in putting a fan’s dreams to page.

It was after the release of the fifth “Die Hard” film that something funny happened. Funny things are always happening thanks to the Internet.

“Old Habits Die Hard,” a script by Trebilcook about McClane heading to Japan to be awarded a medal by Nakatomi Plaza for his heroism, was reported to be the sixth installment in the franchise.

This reporter reached out to Trebilcook and interviewed him for a website called What Culture. A man who some claimed was simply a poser trying to get his movie made came across as a humble fan.

While revealing his script was not officially the next sequel, there was no denying it was a spec that had gained plenty of attention.

The interview revealed the script had won praise from both industry types and people with ties to the actual franchise. That interview lit fires no one could have predicted.

Various news outlets reported on the script and Trebilcook without reading the finer details of what he was saying. They assumed parts of the script were fact (like Samuel L. Jackson’s Zeus Carver coming back to the franchise). 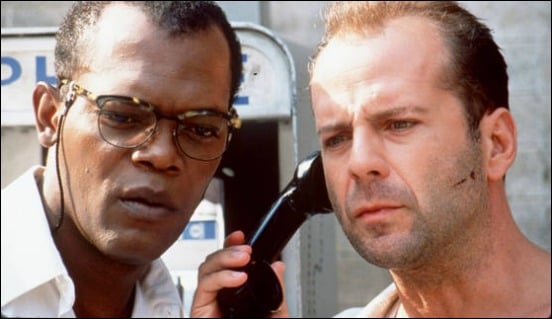 The ordeal led many to criticize Trebilcook for fraud. However, it also inspired respect for the small time movie-maker and his franchise ideas.

“The feedback to the script was and still is overwhelming. I woke up one day to little over a thousand emails. Seven of those cussed me, the rest were positive all the way,” Trebilcook says. The script in question is a “Die Hard” fanboy’s dream come true. It’s the ultimate franchise capper tying all the best elements of the various films together for one last hurrah.

Since the script’s big moment in the spotlight, Trebilcook has been a point of controversy. Some praise his persistence. Others treat him, and his script, with skepticism.

That polarization didn’t stop him from writing, though. He has since released a novel, “My Name Is Not Jacob Ramsay

” and produced the sci-fi film “Doomsday.”

His most recent project only feels fitting. It’s a novel entitled “Old Habits

,” and it’s based on his John McClane centered script. 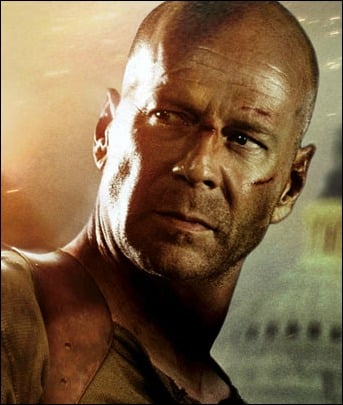 “There were several reasons on why I chose to novelise it … It was a little difficult at times, as the ‘Die Hard’ script had so many references to the past movies and his experiences. I obviously couldn’t use John McClane, but then I also couldn’t have Nakatomi, which I consider to be a character.

“The character names are easily changed, but the little things take the longest,” says Trebilcook.

Taking the advice of many who read the spec script, Trebilcook decided it was best to turn his “Die Hard” dream into an original property everyone could enjoy.

“A script and a book read at different paces. You can describe a character in so much more detail in a novel, and it could take a thousand words to do so. I’ve read scripts where the lead character is described as ‘this hot young buck with hair bodied like a stallion’.”

Trebilcook says the novel contains the same elements as the script, but is a more fleshed-out story with original characters. “The main difference is ‘Old Habits’ the novel … I can sell and pitch and do whatever I want with, whereas ‘Old Habits Die Hard’ contains characters owned by Fox.”

DID YOU KNOW: Alan Rickman made his big screen debut in 1988’s “Die Hard” as the film’s villainous Hans Gruber.

The journey has been long for Trebilcook. Once a kid with only a dream and a fan’s love, he is now an experienced writer with a road of good and bad behind him. “Old Habits” brings him full circle. He, for one, seems to take everything in stride.

If Trebilcook is one thing, it’s positive. He’s always having a good time talking movies, writing and fan love. He’s even enjoying his spec script born out of love and controversy be reborn as an original novel.

“With writing a novel, you can give more backstory and depth to a character, not to mention what they may be thinking. You can go elsewhere for a while, disregard budget and of course, you can use bigger words!”