The director of 'The Witch' returns, bringing us deep into the heart of pretentious art house cinema.

“The Lighthouse” marks the second time this year a budding horror auteur showed signs of decline.

First, Ari Asters followed up the masterful “Hereditary” with “Midsommar,” one of the most agonizing film experiences in some time. Now, the mind behind “The Witch” uncorks a 108 minute ode to madness via “The Lighthouse.”

Robert Eggers sophomore effort isn’t a debacle. It’s a tone poem about solitude, fear and the damaging power of the past. Or is it? Darned if we know given the loopy, repetitive storytelling.

It’s captivating, no doubt, given the bravura performances and remarkable sound design. You’ll scrub, and scrub, but you won’t get the “Lighthouse” experience off you. It still doesn’t leave an emotional mark. That almost seems beyond Eggers’ otherwise large ambitions.

Eggers’ film, shot in mesmerizing black and white, opens with a cramped aspect ratio. It’s a pretentious twofer, right? Not so fast. Both work to Eggers’ advantage, particular the latter which evokes a sense of cramped space, mirroring the lighthouse’s tight quarters.

A temporary employee arrives via boat to assist veteran lighthouse worker Thomas (Willem Dafoe). Young Ephraim (Robert Pattinson) isn’t ready to officially toast his older colleague off the bat. He’d rather drink water, thank you, and what’s there to toast in the first place?

Thomas barks every order, thinks nothing of berating Ephraim and farts whenever it pleases him … which is often. The two bond anyway, especially when Ephraim finally decides to have a drink or two with his work mate.

We know what’s coming next. The torturous work load takes its toll, as do the bitter isolation, the booze and the cruel weather. That’s no spoiler alert. What in the world else could happen given the setting and limited cast size?

It’s the repetition that will rub you raw. The two fight, and argue, and dance, and laugh, and cry and confess and dance some more. Eggers captures it all with grand skill, from masterful camera angles to rich production details. You can practically smell their dirty clothes, the salty sea air.

It’s the most tactile film experience of the year, and it’s hard to think of a competitor.

In our exclusive interview, Robert Pattinson and director Robert Eggers go deep on the WTF weirdness of #TheLighthouse (91%)

Thomas and Ephraim make for deeply unreliable narrators. Dream sequences come and go. Flashes of other characters, and sea creatures, dot the screen. And then there’s the impact of so … much … drinking. Can we trust our own eyes? Ever?

This is Arthouse Cinema 101, gorgeously produced and maddeningly broad. There’s little focus, tension or explanation, and yet “The Lighthouse” is rarely dull. The film’s harrowing sounds, from the pounding of torrential rain to the deep fog horns that never stop blowing, keep us on guard, alert, ready for anything.

Except a remotely satisfying story. The credits roll without that showing up.

“The Lighthouse” will be better appreciated in home theaters for one simple reason. You’ll miss a good third of the dialogue without activating the closed captioning function. Eggers, once again lifting his dialogue from separate source material, has little appetite for audio clarity. You’ll strain and lean forward but it won’t be enough.

Both actors prove up to whatever task Eggers has in mind. Pattinson sinks so deeply into character he’ll need a road map to find his way to the Batcave. Dafoe adds another audacious portrait to his gallery of indelible characters.

Can we stop and consider just how good Dafoe has been on screen for decades?

“The Lighthouse” reveals Eggers’ talents are still forming, still expanding. His third film may be a masterpiece, a culmination of all the tools he’s flashed over two distinct films. For now, consider “The Lighthouse” a career work in progress.

HiT or Miss: “The Lighthouse” isn’t for everyone. It’s precision-made art guaranteed to divide audiences, but they won’t forget the experience. 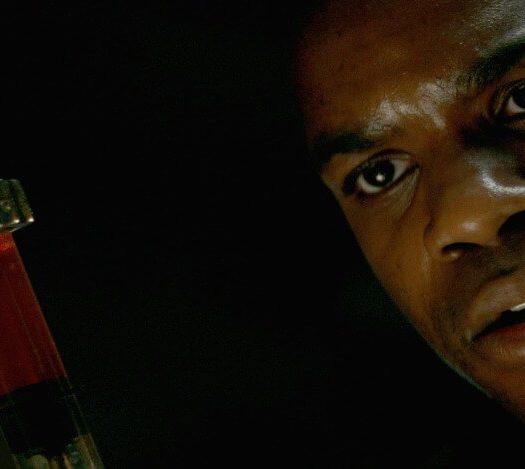