Not all immersive theater is meant to chill audiences to the core.

One of the beautiful things about immersive theater is that the location itself can play an integral part of the piece.

Other times it can just be location bounded only by the imaginations of the creator and the audience.  Such is the case with Annie Lesser’s “C(ovell,)” part of her ongoing “ABC Project.” 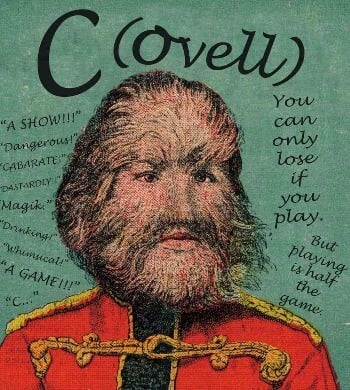 “C(ovell)” takes place in the private backroom of a Los Angeles wine bar, but it could truly happen anywhere. That’s because it’s stocked with archetypal characters with whom participants interact with in a quasi-vaudeville setting.

I say “quasi-vaudeville” because while the entertainment draws from the genre, it exists to support the game at the center of the evening. The game itself is even more of a quasi-game, as its rules seem rather opaque, the teams apparently formed at random and the structure known only to the characters themselves, if that.

If that sounds a bit like life, well, that’s the idea.

Lesser and her actors are aiming for metaphor, and it demonstrates the infinite value of creating archetypal characters to deliver on such a grand theme. Some topics for theater are so large that it requires the use of universal symbols and characters so the audience can relate.

In “C(ovell),” you will meet the 6’7” Sad (Terence Leclere), who is indeed sad. His somber commentary on moments in the show are supported by an equally sad, yet beautifully poetic ukulele-accompanied song about mothers.

Sad also regales participants with personalized poems composed on his vintage typewriter. Happy (Dana Benedict) tap dances and plays the melodica with her ever-present smile to provide a counter-balance to her archetypal opposite.

Joining them is a tiger – actually I think it’s a lion – no, it’s a tiger. Well, it’s a big cat (Katelyn Schiller) with a gift for sketching and intuitive commentary on what she sees inside each guest’s soul. She’s held in check – most of the time – by the Lion Tamer, er, Tiger Tamer (Keight Leighn) for whom a terrible prophecy may or may not prove to be real.

Oh, and I can’t forget dear old Klutz (Orion Schwalm) and his accordion. He provides plenty of music and a silly amiability to the room. 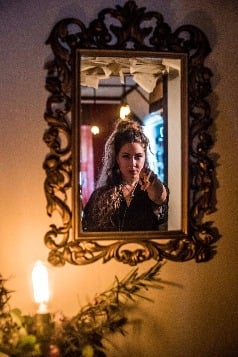 What mysteries will Miss Vaga (Dasha Kittredge) reveal in ‘C(ovell)?’

The festivities are guided by The Speaker (Lena Valentine) who has walked straight out of “His Girl Friday” with her rapid-fire dialogue. Even Lesser gets into the act as the proverbial Bearded Lady.

For creators, there are great lessons in “C(ovell),” as far as letting characters rooted in myth and archetype to do the thematic heavy lifting. At first, it isn’t quite clear where the evening is going from a thematic standpoint, but then it all hits home right about the time of the earthquake, and you suddenly realize just why you are here, where you go afterwards and why these specific characters were chosen to tell their loosely-knit tales.

There is also a creative choice worth noting. The show is split into three parts. The first is a pre-show in which light appetizers and an open wine bar allow guests to acclimate to the space and to the characters.

Alcohol isn’t served at more intense experiences, but in whimsical settings like this, libations loosen up participants – especially those not used to immersive theater. This allows people to settle into the world and for the actors to engage in improvisation.

Then comes the main body of the show. The post-show allows participants to spend time with the characters again, now informed by the broader theme, and to have a few souvenirs to take home to remember the event.

Immersive entertainment doesn’t have to be intense, horror or thriller-driven or dark and gloomy. Pieces like “C(ovell)” can be fun and speak to both the heart and the mind. The show is delightful demonstration of how a good idea, a solid script, gifted actors and a simple back-room can create magic.

“C(ovell)” runs at 6 p.m. and 10 p.m. Dec 16-17 at Bar Covell at 4628 Hollywood Blvd.  Tickets are $175 and can be purchased at Eventbrite.com. The price includes an open wine bar and light appetizers, plus three full hours of entertainment. 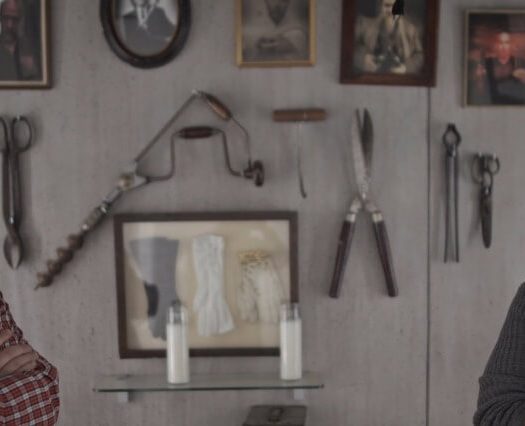 ‘Lust Experience’ Asks: What Do You Desire, and Why?

Read More
‘Lust Experience’ Asks: What Do You Desire, and Why? 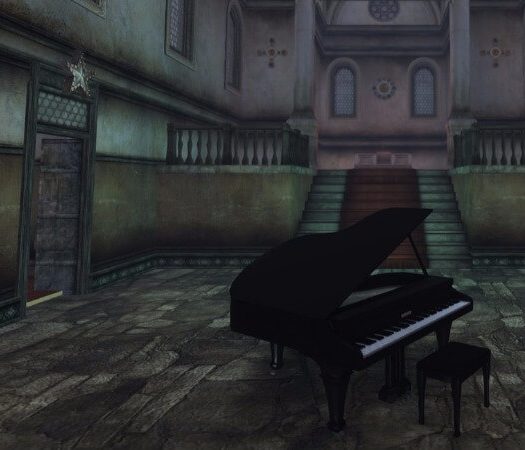 Read More
Immersive Theater: Resources, Tips and So Much More