“Star Wars: The Force Awakens” got so much right it’s hard to nitpick its biggest flaw – relegating Luke Skywalker to the film’s final seconds. 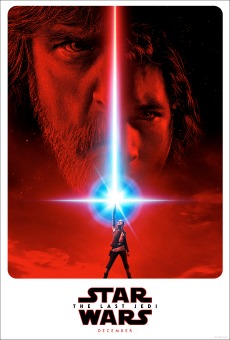 This time should be different. “Star Wars: The Last Jedi” promises more screen time for the older, wiser Skywalker. The film’s teaser poster is your first clue.

And, with Han Solo officially out of the picture, longtime fans will be clamoring to see Luke in action.

Hamill has spent the last few months on a personal vendetta against President Donald Trump. In that way he’s similar to many of his celebrity peers. Tweet after tweet after tweet, Hamill hammers the new president and his team.

Most politicians would have gone to a KGB meeting like the one Don jr attended in order to get info on an opponent. That’s treason! https://t.co/qI8QBq3nXt

.”@VP” Mike Pence is working hard on HealthCare and getting our heartless Republican Senators to do what is right for the top 1%. https://t.co/j9CatuPY1t

Now it is time to move forward & continue working”constructively”with Russia to hack the midterms-then on to my reelection! #WinningWithVlad https://t.co/hbl0ENPugg

The actor also uses his unique vocal gifts to taunt the President. He routinely reads Trump Tweets in the voice of the Joker, a gig he’s maintained over multiple platforms.

Could all of the above impact a franchise that appears as bullet proof as any modern movie series? The answer isn’t automatically “no.” Sure, any “Star Wars” movie at this point in pop culture will make serious coin. That’s beyond debate. But could enough potential movie goers peel off, angered at yet another celebrity assault on a duly elected GOP leader?

In case you didn’t notice, Trump fans can have fairly thin skins. Other Red State types are simply exhausted by the drum beat out of Hollywood against their candidate.

Consider these Tweets in response to Hamill’s political statements:

When he finds nothing you still won’t be satisfied. I am sorry you hate democracy so much Mark, a lot of Empire in you nowadays.

Oh lovely, another creature from the Hollywood Hole crawls out to dazzle the unwashed masses with his intellect. Reason #69273 WHY TRUMP WON

I guess 60 something million people who voted for trump won’t be attending any Star Wars movie theaters in December.

We still have several months before “The Last Jedi’s” Dec. 15 release date. Between now and then Hamill may soften his social media activism. Disgruntled fans could forgive, if not forget, the star’s Twitter rants. Passions for the space saga remain strong 40 years later.

Something else could happen between now and then.

Team Disney may suggest Hamill take a knee from the non-stop Trump trashing. In fact, that could have precedent.

Shortly after Trump’s shocking Election Day victory two writers behind “Rogue One: A Star Wars Story” embraced the emerging “safety pin” meme. The social media cause celebre attacked the President-Elect in a fashion similar to those outraged over the recent Brexit vote.

Hamill retweeted the writers’ meme. Only those tweets didn’t stick around for long. The messages were quickly memory holed.

Did the writers realize politicizing the new film could be bad for business? Did someone from Disney suggest something similar? If they didn’t they should have, given the enormous fiscal stakes in play. The company expects a massive return on investment from ponying up $4 billion to George Lucas for the rights to the franchise.

A Long Time Ago, In a Galaxy Far, Far Away

Back in 1977 actors focused more on their performances than any political resistance. They also didn’t have social media to spread their personal political views.

Now, actors can indulge their political fever with a single click. And those clicks can have consequences.

A “Star Wars” movie exists to rake in profits, from the box office to the merchandise tie-ins. Anything that impacts that sales flow is problematic – even on a modest scale. It’s why Disney film product is loathe to embrace politically divisive themes.

Consider the apolitical tone of both the recent “Star Wars” films and the Marvel Cinematic Universe, both Disney brands. Murmurs that “Rogue One” contained anti-Trump themes were quickly squashed by Disney CEO Bob Iger.

The “Star Wars” franchise offers an escape from the current political climate. It brings liberals and conservatives together in the fight against the Dark Side.

That’s getting more rare by the moment. Let’s hope it lasts a little while longer.