How I Stumped ‘Brave’s’ Josh Brolin on Free Speech

How I Stumped ‘Brave’s’ Josh Brolin on Free Speech

The veteran actor opened up about his new film, 'Only the Brave,' but found one question a real challenge.

Let’s be blunt. Many celebrity interviews are awful.

From “Who are you wearing?” to inane questions like, “In what ways are you like your character?”

It must take great acting just for stars to suppress those eye rolls.

Lately, we’re starting to see interviewers take a more confrontational approach. Are they seeking viral infamy should the stars rebuke them? Or is it simply injecting themselves into the story?

Neither approach is constructive.

There’s another frustration as someone who is both a journalist and a conservative. Many thoughtful questions don’t get asked of today’s big stars. Consider these two examples:

You get the idea. Tough, but fair questions that politically active stars should be prepared to answer.

Only most journalists won’t ask them. Why? It could be that they agree with the celebrities’ left-leaning positions and would rather not challenge them. And, since few entertainment journalists are openly conservative, those questions aren’t asked.

I try to do just that when possible – in a respectable manner, of course.

I used to have greater access to the biggest stars in Hollywood. As a Washington Times employee I interviewed Kevin Spacey, Tom Hanks, Jack Nicholson and many more A-listers. Since moving to Denver that access shrunk. Fewer stars visit the Mile High City during their publicity tours.

They still drop in now and then.

When Jack Black arrived in Denver two years ago to promote “Goosebumps” I asked him if he feared promoting President Obama’s Iran deal could hurt his career. The proposal split the country along ideological lines. What if some Black fans rebelled against his political posturing?

He laughed and said he didn’t give it much thought, even though his agent gently brought up the subject. Fair question. Honest answer. I suspect he hadn’t been asked it before.

A ‘Brave’ Response to a Tough Question

Brolin was one of four “Brave” actors visiting Denver. I read about his background prior to interviewing him and one thing stood out. He’s a straight shooter. So I asked him a question I’ve been dying to ask a major celebrity a long time:

Why aren’t more stars speaking out against the attacks on free speech on college campuses?

I prefaced the question by talking about the current wave of celebrity activism. I mentioned how Brolin’s step mother, Barbra Streisand, often uses her platform to address societal ills. So, given how stars routinely speak up about President Trump, immigration and health care, why aren’t they raising their voices about campuses crushing free speech?

After all, their profession is all about free and open expression.

Josh Brolin, center, leads a group of tough fire fighters in ‘Only the Brave.’

A blank stare. So I elaborated, talking about how some speakers are harassed on campus and how universities are coughing up thousands of dollars to protect others, like Ben Shapiro, from serious harm.

“The truth of the matter is I don’t know that much about it,” Brolin said finally. He expounded a bit more, talking vaguely about free speech in a way that was reasonable and smart.

He still didn’t know what I was talking about. He wasn’t being dismissive, distant or disinterested. He genuinely tried to understand my question and answer it in the best way possible.

“For me it doesn’t affect my business at all so I have nothing at stake … I’m very lucky to have worked in this industry for 33 years, so if it ended tomorrow … I can do anything. I know how to make money. I’ll be fine,” he said. “I don’t really hold this in a place of fear. If I say anything, what will happen to me. I say whatever I feel like saying when I feel passionate about something.”

Brolin proved to be polite and charming throughout the interview, conducted in a roundtable format with four other journalists.

In a way Brolin and I approached the Q&A from our respective bubbles. As a liberty-loving conservative I’m invested in the free speech debate raging in our country. I read every article I can on how colleges are bullying conservatives and refusing to let some of the Right’s brightest minds speak their peace.

Think Shapiro, a former colleague of mine and arguably one of conservatives’ sharpest minds.

Brolin, in turn, just wasn’t up to speed on the subject. He could probably weigh in on the nuances of the latest Trump imbroglio or other progressive-friendly topics. Or, for that matters, subjects I have almost no knowledge about. He struck me as an intriguing fellow.

Free speech on campus? Off his radar.

The exchange haunted me for a few days. Part of me hoped Brolin might do a little Googling on the subject as a result of the interview. I also realized once more that my own news feed – a blend of mainstream media bites and conservative news, isn’t what most liberals read.

Did we both walk away with a greater awareness of our differences? Or will we both return to our worldviews? 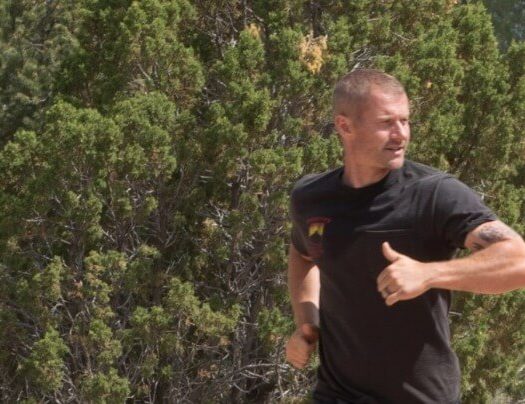 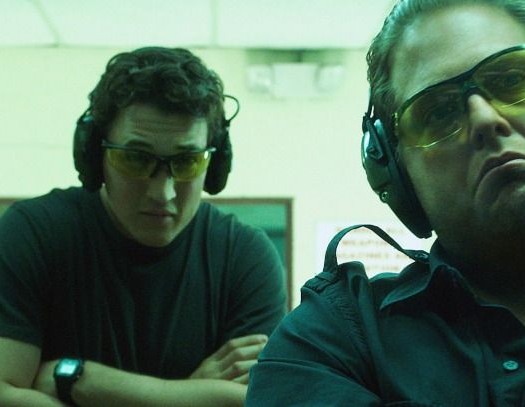