Celebrities don’t get much bigger than Tom Hanks.

He’s been famous since he tugged on a skirt for his ABC comedy “Bosom Buddies.” Along the way he earned two Oscars, starred in iconic movies like “Forrest Gump” and proved his versatility by directing the cheery romp “That Thing You Do.”

All of the above means fans love to say hello to him wherever he goes. It’s unavoidable. And, chances are, Hanks makes those moments matter. Sometimes he poses for selfies along the way.

The young Oscar winner’s fame is fairly new, but she’s already withdrawing from her loyal fan base. How? She won’t pose for selfies with fans. And, by her own admission, she’s frequently rude with well wishers.

“I have just started becoming really rude and drawn into myself because I have to protect my bubble that is just like, ‘I have a weird job — don’t let this be a reality’. That is more important to me than someone thinking I am rude. So I make it clear by my body language that I don’t want to be talking to a stranger. And if they keep talking to me, I just get rude. I don’t say anything but I am just like, ‘mmm-hmm, yep, nope, OK, bye’.

“I need it — otherwise I just wouldn’t go out. Because I would be like, ‘Yeah, I love you too — oh my God, we’re such good friends, let’s take a selfie’. I would be doing that with 50 people a day. You can’t live like that.”

Yes, it’s a weird social construct that finds fans thinking A-list stars are their chums. And there’s no doubt that some fans ignore social niceties when it comes to these random encounters.

And then there’s Hanks.

He seems to handle the fame/life balance pretty well. And he’s been uber-famous for decades. There may be a lesson in there somewhere. After all, Hanks wouldn’t have his riches without the folks who line up to see his movies year after year.

He seems to get that. Does Lawrence? 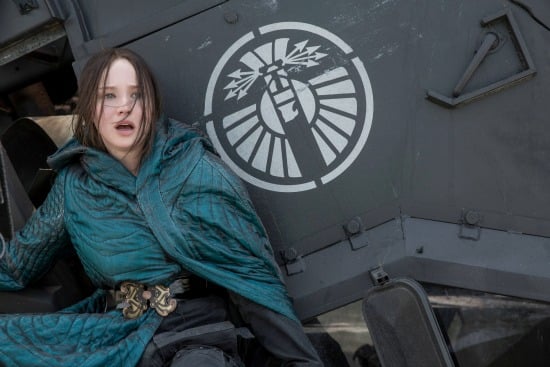 Her attitude suggests otherwise. It’s part of her overall public persona these days. She recently wrote an “open letter” blasting the results of the free and fair U.S. election. She wants us to get angry.

She’s entitled to her opinion, but why should the average movie fan care about her political views?

How did Hanks, an unabashedly liberal star, handle Hillary Clinton’s loss? He wished Donald Trump well and hoped he becomes a great president.

Yes, Lawrence has a “weird job.” But it’s one countless struggling actors would kill to have. She should remember that the next time a total stranger wants a micro-moment of her time.