It topped out at fifty-five going downhill. Out on the eastern flats of South Dakota a motorcycle meant freedom. It’s difficult to describe the appeal of a motorcycle to those who have never ridden, but once you ride, you understand.

At that age, I waited impatiently for each new Travis McGee novel by John D. MacDonald. You all know his work even if you don’t know his name. MacDonald wrote “Cape Fear,” which was made into two movies, the most recent starring Robert De Niro. 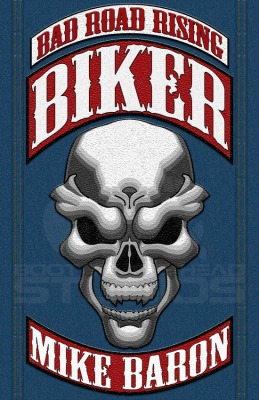 While the front of my mind was filled with ephemera and teen-age emotions, the back wanted to be a writer. It would be a long time before my skills caught up with my ambition.

I began writing for newspapers as soon as I graduated, notably the Boston Phoenix and the Real Paper. I began writing comics with my science fiction title “Nexus,” which I created with Steve Rude.

I tried to write novels, but all I did was pile up words and waste a lot of paper.

I’m a slow learner, but I do learn. It wasn’t until I moved to Colorado that the flow of garbage from keyboard ceased. All of a sudden I was mining copper. Then silver.

Every would-be writer has a million words of bulls*** clogging up his system, and it behooves him get it out as soon as possible so he can get to the good stuff.

“) says that no one should attempt to write a novel before they’re 40. They simply don’t have enough life experience. Of course there are exceptions, may they rot in hell.

Most pop art, especially literature, movies and comics, depends on the principle of tension and release. Story dynamics are what keep you turning the page, eager to find out what happens next. If you don’t identify with the protagonist, the pages become very heavy.

A good story is like a good pop song. It has a tonic. “In Penny Lane there is a barber showing photographs…” It has a bridge that creates tension. “And all the people that come and go/Stop and say hello…”

Finally, it has a hook that resolves the tension created by the tonic and the bridge. “Penny Lane is in my ears and in my eyes/A four of fish and finger pies…”

In a novel, the hero is up, then the hero is down. The hero is never static, because that means nothing is happening. There is no story. A good novel mixes psychological with physical dynamics.

The name Josh Pratt from my new novel “Biker

” comes from a roadside memorial in Fitchburg, Wis. My protagonist formed like some unholy creature in a vat of pop culture. “The Wild One.” “Easy Rider.” Kung fu movies. But always, at the back of my mind, Travis McGee lurked.

MacDonald put his finger on the pulse of evil and the evanescence of life like no other pulp writer. His lyrical descriptions of South Florida have drawn thousands of readers to Bahia Mar, the marina where the fictional McGee anchored his houseboat, the Busted Flush.

But Josh is my own creation, a reaction to the smart-ass private eye, as pioneered by Raymond Chandler. Is there any doubt that Philip Marlowe is the original smart-ass? “He looked about as inconspicuous as a tarantula on a slice of angel food.”

You don’t hear Sherlock Holmes cracking wise or using irony! Josh is someone who got dealt a bad hand. No mother, a worthless, abusive father who abandoned him at 15, Josh fell in with the only family he ever knew, the Bedouins, a rag-tag biker gang in Wisconsin.

He went to prison for atrocious assault, among other crimes. His nickname is Chainsaw. He shudders every time he hears it. Locked in a cell, Josh had time to reflect on his life, read, and listen to music, guided by Chaplain Dorgan.

Dorgan didn’t jam Jesus down Josh’s throat. Josh accepted Jesus because it made sense to him. I’m not Christian. I’m a not very devout Jew. My wife is Christian. I mean she’s a real Christian, who does good things and doesn’t announce it on Facebook.

Josh’s Christianity is in part a reaction to the prevailing wisdom. Every good writer has a little imp of the perverse in the cockpit. Social Justice Warriors love to vilify Christians. I see it every day on Facebook. Yet, they are peculiarly reticent when it comes to Islam.

The explanation is simple.

Social Justice Warriors attack Christians and not Muslims for the same reason animal rights fanatics target women in furs instead of bikers in leather.

The writer’s first commandment is to entertain. If you don’t entertain, you will not make your case for the lesbian whales. Didactic fiction usually falls flat, and that goes for “Atlas Shrugged.” “To Kill a Mockingbird” and “The Grapes of Wrath” are exceptions.

A Word About Harleys

Josh rides a modified Road King. I like Harleys. I have ridden many and rode a Road King to Sturgis in 2000 where Cher got booed off the stage at the Buffalo Chip by talking about her “good friend” Bill Clinton.

Bikers know bulls*** when they hear it.

I own two Hondas. No true biker will give you hell about your choice of bike. Once, while servicing my Gpz 550 in a parking lot, I looked up startled to find a meth head jerking my way.

“Hey!” he said. “Don’t you know you’re supposed to ride an American bike?!”

“This bike was built in Nebraska,” I said (true.)

“Oh. Okay then.” And he jerked his way out of the lot.

Mike Baron is an author and veteran comic book writer behind titles like “Nexus” and “The Badger.” You can visit Mike’s Facebook writer page or check out his projects at Amazon.com. His latest novel, “Biker