The story speaks to a larger truth: Hollywood has become populated by meek and weak-willed cowards, in some cases hiding behind their Twitter accounts like Seth Rogen and Michael Moore did this week.

George Clooney gave a speech Jan. 11 that many regarded as classy and moving while accepting the Golden Globes’ lifetime achievement award. After noting the fortunes of everyone in the room, the actor/director closed with a reference to Paris’ response to the recent terror attacks.

“They marched in support of the idea that we will not walk in fear. We won’t do it,” Clooney said.

This was more than a nod of solidarity with the citizens of France; he was paraphrasing his own words in his stand against the Sony decision. It also was Clooney addressing a reality those same celebrity attendees are loathe to admit: their business is populated by people with the resolve of your average neutered hamster.

Considering this is an industry that rolls out heroic figures for our entertainment it is striking to see an absence in the values they hold up as noble on screen. Capitulation, appeasement, and self-censorship have become the norm in the current system. The studios, once standing tall against artistic repression, have become a contemporary outlet of self-silencing snivelers. Examples are plenty how Hollywood has become a garrison of cowardice and surrender.

When the Sony hackers demanded “The Interview” be pulled they followed up with threats of terrorist attacks on theaters. An odd game of passing the buck commenced; theaters said the studio yanked the picture, while Sony insisted no theaters were willing to show the film. Many watched in amazement as everyone looked fearful and no one took responsibility, all while a major studio was cowed. At this time Clooney himself decided to lead a charge against the artistic threats.

Clooney to the Rescue?

The actor wrote a petition of solidarity for their industry, saying the cyber attack was a threat not against Sony itself but to all the studios and businesses in their business. In it, Clooney supported Sony directly to release the movie: “We know that to give in to these criminals now will open the door for any group that would threaten freedom of expression, privacy and personal liberty. We hope these hackers are brought to justice but until they are, we will not stand in fear. We will stand together.”

Clooney had his agent, Bryan Lourde, bring it to the heads of the movie, television and recording corporations. The idea was to both gather strength and resolve among them and to have a record of executives pledging to maintain the integrity of their business. How many entertainment power brokers signed on?

According to Clooney: “Nobody signed the letter. Nobody stood up, nobody took that stand.”

Nobody. This is the new Hollywood.

Now Clooney was not the only person trying to make a stand who met with cowardly resistance. When Sony announced it would bury “The Interview” the famed Texas indie theater The Alamo Drafthouse announced it would instead show the satirical comedy “Team America: World Police”. That film was noted for its scathing portrayal of North Korea’s Kim Jong Il.

Following that lead a number of other theaters announced they, too, would show the film. Then in amazement Paramount, the studio in possession of that title, announced it would not let the film be re-released. No statement was ever given behind this decision.

The polarity is pronounced. At the very time Clooney is trying to marshal a brave stand among the studios against this oppression one studio was fearful to allow a title to be shown that it had released into 2,500 theaters 10 years earlier. Paramount’s cowardice however is not an outlier. This has been a trend in evidence for years in Hollywood.

In 2010 MGM had the “Red Dawn” remake primed for a theatrical release, featuring a U.S. invasion by China. But then an announcement came from the studio that they were rescheduling its release so the movie could be “retooled.” The entire thrust of this film was being altered because of the fear that China’s government would be angered and it would threaten future theatrical commerce for the studio. (It was not released until fall, 2012)

The film endured a digital scrubbing, with all imagery of Chinese military removed. Now ridiculously (an ironically, considering last month’s uproar) our nation was going to be invaded by North Korea. The producers desperately tried to sell this as an increase in dramatic tension. Anyone with a middle school level of geopolitical knowledge understood they tried to sell us on the idea we could be invaded by a backwards nation with no navy to speak of, and a Vietnam War-era Air Force. Worse, the studio censored itself over a movie that ultimately was never released in the Chinese mainland. 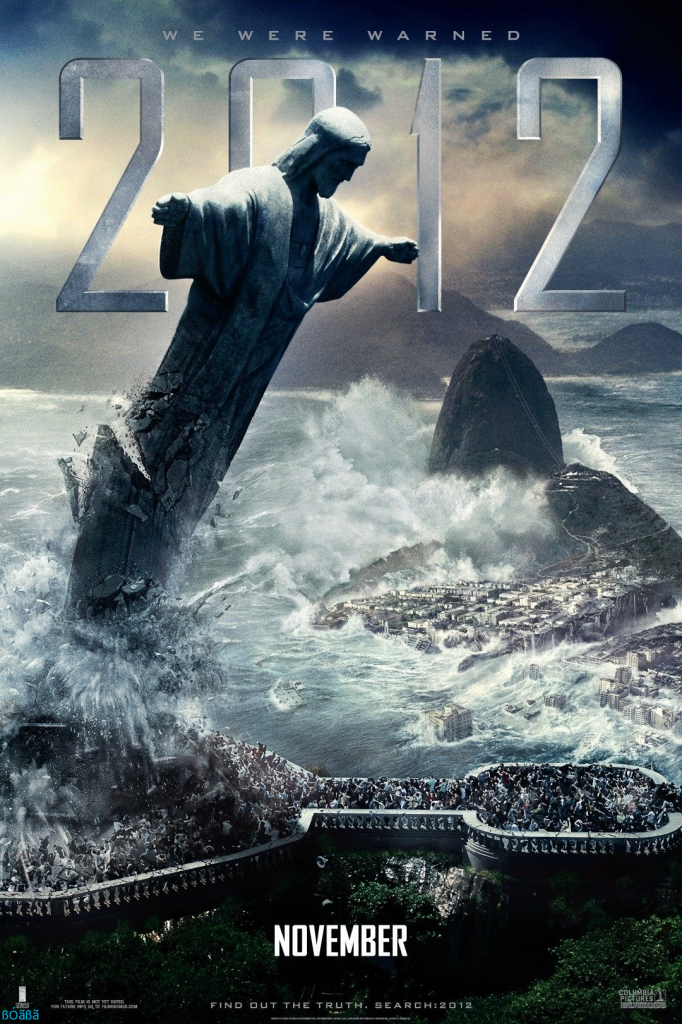 Less obvious but no less amazing is an instance where artists also censor themselves over content.

In his disaster epic “2012” writer/director Roland Emmerich was working in his wheelhouse of destroying landmarks on film. The difference is for this film he intentionally targets religious iconic locales.

This was his way of “boldly” making social commentary. St. Peter’s Basilica crashing down on thousands of faithful Catholics was one of his subtle strokes, and the famed Brazilian Jesus on the Mount statue not only collapsed, it was the thrust of the film’s ad campaign.

Emmerich’s brave stand had its limits.

One notable religious destination avoided his destruction; the Islamic holy site The Kaaba. In a few interviews the director let slip that he initially had plans for the site in Mecca to be cleaved by an earthquake, but then he changed his mind. “My co-writer Harald [Kloser] said I will not have a fatwa on my head because of a movie. And he was right.”

This reveals the timidity spreading throughout the entertainment industry and seeping into even the creative stage. Emmerich prided himself on taking on religious institutions, but then he compromises this stance by pulling his punches. While he intended to make a commentary on organized religions what he essentially did was make a personal statement of shame.

This is Hollywood’s new cowardice made manifest. While making vocal cries at certain targets that sound bold, the real spineless nature is exposed by their actions – or lack thereof.

Emmerich’s comments are a metaphor for his industry: “You can actually let Christian symbols fall apart, but if you would do this with [an] Arab symbol, you would have … a fatwa.”

Hollywood’s once rock-ribbed stance on protecting artistic expression is these days a very quivering position. Artistic content is something that is nowadays negotiable. And any announcements of brave posturing are exposed by this – the desire to select their enemies based on which ones are the safest to oppose.

Brad Slager has spent years writing about the movie industry for various outlets despite a preference for horrible films. He has covered the business side of the industry at Breitbart’s Big Hollywood, and while at MovieLine covered film marketing and penned the Bad Movies We Love column. His work has also been featured at The Federalist, and Mediaite. For more acerbic political and entertainment content you can follow him on Twitter @MartiniShark