At their best, they can be fun, unique and scary. At their worst, these half-baked features are little more than cash grabs for hardcore horror fans.

“Holidays” is a bit of both.

Collecting shorts taking place on various holidays like Valentine’s Day and Christmas, the film gathers nine different visions into one wild trip through the darker side of the calendar.

“Holidays” certainly has a lot of love for the horror anthology genre. You can feel it seeping through every reel. Even though so many directors have left their thumb prints on the final product, it’s easy to sense each longed to be a part of something special – a comeback of sorts for this mini genre.

“Holidays” is that comeback in many ways. All of the shorts are fun and well made, but it’s a mixed bag for horror enthusiasts and casual viewers alike. 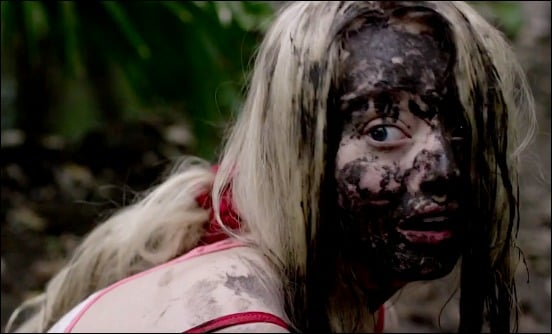 Some of the films just don’t have enough room to breathe. The first batch feel like earnest student films submitted for an art school project. That’s not to say they are without quality. Each one is impressively staged, contains unique ideas and leaves an impression.

However, each fails to live up to their potential because none of them are given the proper space to flourish.

Once “Holidays” hits the halfway mark, the anthology picks up some serious steam. Director Kevin Smith’s addition stands as the best of the bunch. The “Tusk” filmmaker uses Halloween to showcase how the second half of his career impressively reveals the dark side of human nature.

The short packs relevance, scares and laughs, and “Holidays” gets better from there.

FAST FACT: Kevin Smith says before he dreamed of being a filmmaker he wanted to create makeup effects for the movies.

Writer/Director Scott Stewart’s follow-up looks at Christmas greed and the upcoming virtual reality craze ready to grab the world by the throat.

A strong Seth Green plays a father just trying to be a good dad by landing one last-minute gift. It’s a worthy addition to the Christmas horror niche.

“Holidays” ends with a bang thanks to a New Year’s Eve tale. The short shows the desperate measures some lonely people scarred by too many first dates will go to for love.

“Holidays” will certainly please many genre fans, but it’s still not the comeback the genre needs. The anthology should have saved some of the calendar pages for the sequel.