Roberts, brother of Julia and a one-time Oscar nominee, once rivaled Mickey Rourke for screen intensity and magnetism. And “The Coca-Cola Kid” proves it.

The film’s formula didn’t spark mass-market consumption. Roberts makes the movie his own all the same, spinning his charisma for an Aussie comedy worth a fresh look.

Roberts stars as Becker, a hotshot Coca-Cola executive flown into an Australian Coke plant to increase profits. It’s what he does at locations already selling plenty of the bubbly brown drink. He gets the job done, even if the employees don’t know there’s a job that needs doing.

Becker discovers a small Australian town where not a drop of Coke product flows. An eccentric soda entrepreneur (Bill Kerr) peddles his own carbonated beverage and won’t let any competitors in.

That’s just the kind of challenge Becker craves. But he doesn’t expect to develop feelings for Terri (Greta Scacchi), one of the Coke plant’s employees, or the hostility his take-no-prisoners approach fuels with the locals. 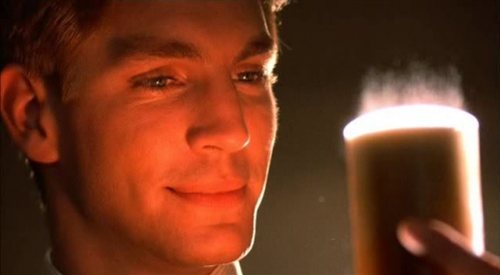 “Kid” isn’t your cookie cutter ’80s comedy. You never know where the story will zig or zag next. That sense of adventure is part of its appeal, embraced with alacrity by director Dusan Makavejev (“Montenegro”). Add an addled waiter who thinks Becker is an American spy and a Coke jingle (by Tim Finn) that’s good enough to sell product by the truck load and you’ve got one atypical comedy.

It’s imperfections are equally bold. Midway through, the film attempts to build a romance between Becker and Terri, and it’s so poorly orchestrated the script requires several characters to quip about the attraction between the two to fill the narrative gap.

Roberts remains a combustible presence. So it’s a shame his character, and the romance at the heart of the movie, prove so exasperating. Becker cannot be trifled with, but during one scene he appears like a statue, letting himself be humiliated to push the story angle along. And his feelings for Scacchi simply aren’t given any weight.

The culture clashes in “Kid” prove both original and striking. The story doesn’t demonize the corporate mindset as modern films often do, but it doesn’t let it off the moral hook, either. And the crafty soda maker is far from saintly, giving the film a wicked sense of balance.

You can see why people fussed over Roberts at the time “The Coca-Cola Kid” hit theaters. His unearthly blond hair may be a tad silly, and his southern accent comes and goes, but in “Kid” he showed he could hang with the A-listers – for a short while.

DID YOU KNOW: Eric Roberts’ acting roots run deep. His sister is Oscar-winner Julia Roberts and his daughter is rising star Emma Roberts. The erstwhile ‘Coca-Cola Kid’s’ parents ran an acting and writing school out of their home.