"Ben-Hur" arrives with a larger shadow looming over it than any other 2016 release. Even those Lady Ghostbusters.

Remaking a movie classic is a thankless task. Updating a beloved movie mixing star power, Old Hollywood and faith is darn near impossible. How about one which set new standards for movie sets, costumes and just about every other metric of 20th century filmmaking?

The new “Ben-Hur” can’t measure up to that standard. What’s amazing is how comfortable in its own cinematic skin the remake appears.

Rather than mimic the grandiosity of Charlton Heston’s 1959 film, “Ben-Hur” sticks to Lew Wallace’s 1880 novel “Ben-Hur: A Tale of Christ.”

Yes, the sets are impressive, and the inevitable chariot race is a worthy follow-up to one of Hollywood’s timeless set pieces.

What emerges is a sturdy story blending family, redemption and a beautiful faith journey.

“Ben-Hur” remains a story of two brothers with dueling destinies.

Jack Huston is Judah Ben-Hur, a Jew whose family takes in a Roman named Messala (Toby Kebbell, “Fantastic Four”). They’re as close as any two real brothers could be, but differences lurk all the same.

Messala craves excitement, the kind he thinks can only be found on the battlefield. So when he returns to the family, scarred in more ways than one, the gulf between the brothers grows.

He’s also in a powerful position now within the Roman army. That promotion sets the film’s signature conflict in motion. Judah refuses to comply with Roman rules regarding “zealots” who resist the “occupation.”

That fissure sends Judah on a journey that can only be resolved with a death-defying chariot race. Only there are other, more spiritually aware revelations, to come.

Director Timur Bekmambetov (“Wanted”) has a tool kit his predecessor William Wyler couldn’t imagine. He uses it to grand effect when the chariot race begins. And we’re sure it plays a prominent role elsewhere, too, especially during an excellent galley ship battle.

It’s the other, less technical, moments that inspire.

“Ben-Hur” doesn’t have that digital sheen too many movies boast today. You can feel the costumes, the textures used to tell the tale. The massive crowds appear like flesh and blood extras, not ones and zeroes impeccably lined up for our inspection.

The bonds between the main characters are equally raw. A movie like “Ben-Hur” demands A-list actors with the gravitas to prove their worthy. Huston and Kebbell are uniformly solid, but they lack the charisma Heston radiated. Some things cannot be remade.

Still, their bond matters, and it’s firmly established from the opening sequence.

This “Tale of Christ” gentle weaves Jesus into Judah’s journey. The Son of God (Rodrigo Santoro) appears throughout the film, his presence growing as Judah’s tale becomes more urgent, more flecked with rage.

Their worlds eventually collide in a way that should resonate even with non-believers.

“Ben-Hur” tells a story that deserves a fresh consideration. Yet at roughly two hours in length it can’t deliver on its epic intentions. We need more scenes of Judah’s family and its tortured dynamic. We long to learn of the Roman culture that demands obedience.

For all of the film’s strengths, those missing elements keep it a safe distance from the 1959 movie classic.

KUBO AND THE TWO STRINGS

You might fall for Laika’s latest stop-motion treat if only for its devotion to storytelling culture.

“Kubo and the Two Strings” hinges on that tradition. We meet a youngster who delights strangers with his yarns. Can that cultural connection help him when his family’s past comes back to haunt him?

His tranquil life ends when he’s forced to seek out three armor pieces that once belonged to his father. Kubo’s family tree has a few knots in it, part of a thorny narrative that shouldn’t burden young viewers more than necessary.

Along the way he’s befriended by a monkey (Charlize Theron) born from a cherished childhood toy and a forgetful, funny samurai beetle (Matthew McConaughey).

This very odd trio forges on through a series of adventures. It’s the revelations about them that makes the trek so magical.

“Kubo” looks like a CGI animated treat, but we’re watching small figures manipulated a millimeter at a time. That grants the visuals a majesty not found in even the best of Pixar’s canon.

You’re not watching Rudolph or Santa Claus in a Yuletide special, mind you. This is state of the art animation.

And the expressions we see from Kubo and his Japanese neighbors! Some live-action performers probably couldn’t keep up with the emotions gleaned from Kubo on down to the village’s cantankerous old timer (Brenda Vacarro).

Their acting (yes, acting) anchors a story awash in legend, sacrifice and honor.

For all the mysticism and lyrical qualities, some script moments feel very 21st century. It’s ultimately forgivable, but the film’s spell is disrupted all the same.

The movie’s action sequences could stand up to your average superhero adventure. They aren’t the main attraction, though. Villains brought to life by Rooney Mara and Ralph Fiennes provide worthy adversaries for our noble hero.

“Kubo” isn’t your typical family fare, even if it’s technically suitable for all ages. A melancholy spirit engulfs the story. Consider Kubo’s mother, a wounded woman whose spirit surrounds her son all the same.

A grandfather figure who plays a critical role in the story offers a darker aspect of family bonds.

Both McConaughey and Theron excel in critical voice roles. Sure, their banter is vibrant, even flirty at times. Combined, they make sure the film’s fanciful turns are grounded in truth.

HiT or Miss: Younger viewers may pine for today’s fast-paced wonders, but everyone else will be thoroughly charmed by the visually enchanting “Kubo.” 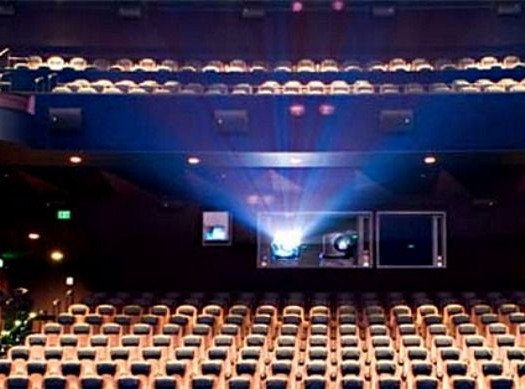 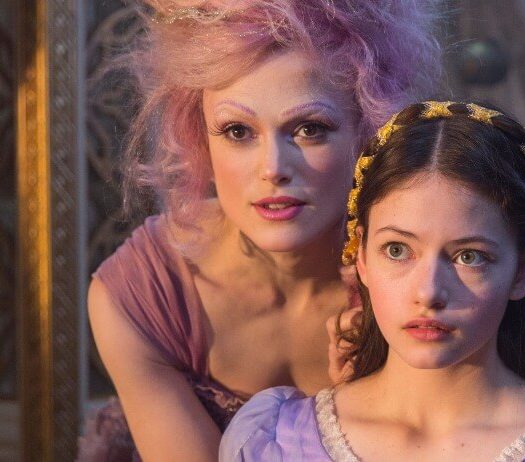