No, it’s strange because Klavan is one hell of a writer.

The bulk of the story is easy to digest. Klavan writes in simple prose, smartly keeping the action very visual, almost cinematic. However, there are times when the man can’t help but inject a little bit of the Andrew Klavan his fans know and love; the one with the knack for lyrical passages, whether they be of a full moon or a man wrestling with an animal nature he can’t explain. 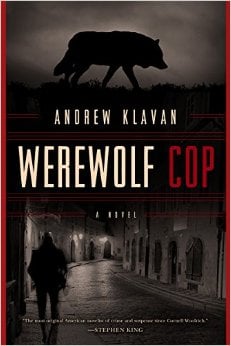 Klavan uses these moments not just for the wonderful imagery but to bring across the deepest contradictions of human nature. It could be a man fighting with his moral code or wrestling with the demons of infidelity in the face of his unabashed love for his wife.

Zach Adams is a hero cop, on the surface a cliché in every way. He has movie star looks, hails from Texas and is an all-around great guy. He’s an even better cop.

Klavan, of course, can’t resist giving us one of his famous redemption stories, so Adams also has a few skeletons in his closet that haunt him at every turn.

He’s a part of an elite unit hunting down one specific man, Dominic Abend. He’s a European gangster who moved to the States to take over every criminal underworld imaginable.

After a visit to Europe chasing a seeming dead end, Adams is attacked but returns home with little memory of the event. Only then do things get weirder, and he suspects something even the most experienced cops couldn’t imagine.

Klavan keeps things rolling along at a good pace. I’d love to see this book adapted into a film that has people like Harry Knowles at Aint it Cool News raving at Fantastic Fest.

What makes the book strange, and wonderful, is Klavan’s ability to fuse real and conflicted characters inside such an absurd story. It’s a balancing act between the surreal and real human emotions. Few storytellers can pull it off. Most would choose one or the other. Klavan juggles both.

I would never be so bold as to say “Werewolf Cop” is the best novel from the man who gave us “True Crime,” “The Identity Man” or “Empire of Lies.” However, it’s one of Klavan’s most uniquely wonderful reads and further proof that he is a storyteller who remains at the top of his game.