Directed by Alexandre Aja, the new to Blu-ray “Horns” follows a young man Iggy (“Harry Potter’s” Daniel Radcliffe) who loses his love (Juno Temple) to murder. The media, Iggy’s friends and the town all turn against him, assuming he is responsible for her death. Unsure of his own innocence, Iggy gets lost in his grief until one day he wakes up with … horns.

Such a simple and crazy concept can lead anywhere, and that’s the film’s biggest pleasure. The horns provide Iggy with the ability to get the hard truth out of people, the real hidden devils. He uses this power to try and find his love’s killer.

It’s a neat idea first concocted by Hill. While our protagonist becomes a devil on the outside, everyone around him reveals they’re devils on the inside. Aja balances the film’s horror and comedy elements without veering into camp. He shoots for a strange little genre film that will stand out for its originality.

The performances are what really ground the story, especially when the scenes get bigger and crazier. Radcliffe and Temple breathe life into their characters and give us a love to really root for amongst the horns and depravity.

Stitching everything together through flashbacks and strange reveals, “Horns” works very well save for narration that is too few and far between to justify its existence.

A film like this needs a steady hand and director Aja is that hand. Giving the movie genuine scope and beauty, he works his way into the insane third act where the movie will no doubt surprise and split audiences.

The Blu-ray version looks and sounds fantastic, but is unfortunately further proof the days of home video domination are waning. No longer do studios pack their disks with visual candy for audiences to enjoy … at least not to the extent they once did. VOD is the new route, and I’m sure it saves on cost. “Horns” contains only a lonely “making of” feature.

Did You Know: The “Horns” novel, written by Stephen King’s son Joe Hill, was nominated for the 2010 Bram Stoker Award for Best Novel.

7
“Horns” isn't for everyone, but fans of genre fare that plays with different tones and wild visuals will enjoy it most. 7 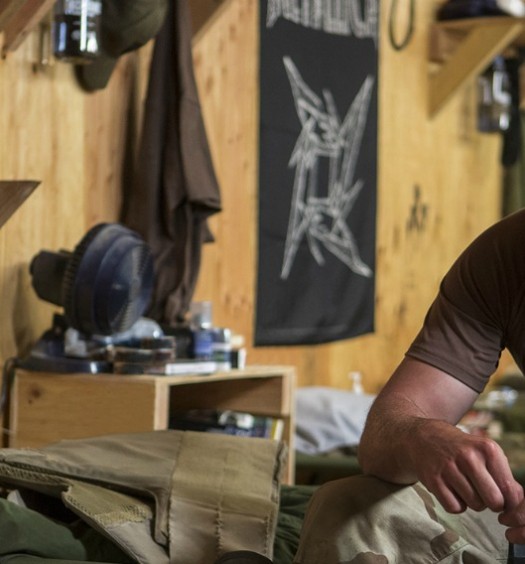