Henry Brown is a veteran who writes military tales in the style of men’s adventure stories of yore. And he’s doing it on his own terms.

In fact, the nation’s ever-changing culture forced him to do so.

Full Disclosure: Paul Hair, the author of this HiT interview, publishes posts at Brown’s website, Virtual Pulp. Both Brown and Hair are also members of the Conservative-Libertarian Fiction Alliance.

HiT: Tell us a little bit about your background and what inspired you to start writing fiction?

Henry Brown: My story’s all too typical in some ways: dysfunctional family/broken home. I was alone and bored a lot, desperate for ways to entertain myself.

Plus, I had the somewhat egotistical mindset that no matter how good a book or movie was, I could do better. Once an adult, I undertook an effort to do just that.

HiT: Why’d you write The Retreads series and what’s it about without giving away too much of the plot(s)?

Brown: I didn’t anticipate making it a series, initially.

Between 9/11 and the invasion of Iraq, I had considered going back into uniform, but my knees and back were pretty well FUBARed from before, and my tolerance for Dumb S**t had shrunken considerably. 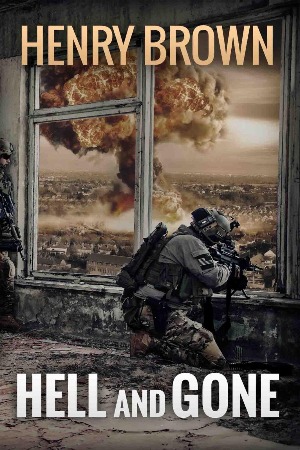 My subconscious mind must have been invested in the idea, though, because I often dreamed about being back in the Airborne.

One dream (not quite a nightmare) featured a fairly vivid firefight. I built a story around that scene and eventually titled the resulting novel “Hell and Gone.”

It’s about a team of Gulf War One veterans on a mission to recapture a tactical nuke. I didn’t know how common that “stolen nuke” plot was, or would become. I chose it, and many other elements of the story, based on unclassified intelligence reports I was privy to at the time.

For years, no agent or editor would read it. In 2010, I decided to take advantage of the digital revolution and outflank the New York Publishing Cartel altogether.

Despite all the mistakes I made, and my complete ignorance of marketing, the book sold and collected readers. Some readers asked for a sequel. A South African security contractor (shout-out to Wouter Marais) who liked the first novel suggested I should write something about piracy.

I had killed off more than half of my characters in “Hell and Gone,” envisioning it as a stand-alone novel, and painted myself into a corner, sequel-wise. But the surviving characters were good ones, and modern-day piracy intrigued me enough that I researched it.

“Conservatives” pay lip service to defending the status quo, but believe it’s immoral to do anything but retreat or surrender to the left’s onslaught.

Eventually I had the seed concept for “Tier Zero.” Knowing my audience better by then, I ramped up the action, dialed down the explanations, and punched back against the obligatory leftist worldview in entertainment. I also commissioned some throwback men’s adventure cover art.

After those two books, I took the characters into a much darker scenario for the third novel, “False Flag.” The Retreads discover a plot by a power-hungry globalist cabal to stage a game-changing atrocity, and they do what well-armed, highly-trained enemies of the Deep State might do in that situation.

HiT: How do you break through to a mass audience when you’re an independent author with a worldview that goes against progressivism, and when similar-minded people do not wish to work together—when they insist on toxic individualism?

Brown: I’m still trying to figure that one out.

Commie Thought Cops like to write bad “reviews,” imply that I’m racist…all the usual tactics from cultural Marxist NPCs. Conversely, many authors on my side of the aisle see me as competition rather than an ally, and act accordingly.

I pull my weight in the culture war. I’ve spent boocoup time and effort promoting other authors’ work, proofreading, reviewing, editing and contributing content on their blogs, etc. 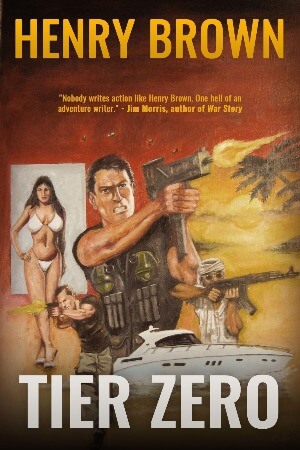 I believe that was due to the toxic individualism you refer to. There’s an every-man-for-himself attitude that permeates the right wing.

Worse, most on our side of the political spectrum (not just in the book business) would rather compete with you than entertain any modicum of solidarity for a common purpose—no matter how important the goal may be.

I don’t understand this myopic selfishness in otherwise intelligent people.

The characters in the Retreads Series, by the way, are fiercely individual nonconformists who band together to accomplish what any one of them could not, independently.

HiT: Speaking of the Right, what are your thoughts on the state of conservatism and its willingness to seemingly adopt every tenet, agenda item and perspective of progressives?

Brown: From what I’ve witnessed in my life, “conservatives” pay lip service to defending the status quo, but believe it’s immoral to do anything but retreat or surrender to the left’s onslaught.

In time, they embrace “progressive” policies as the new status quo, and pay lip service to defending those, until their alleged opponents resume pushing leftward. Then they bend over and sell us out again.

The cycle continues ad nauseum, and might never end until there’s nothing left to “conserve.”

I stopped using Newspeak terms like “conservative” and “liberal” long ago. I prefer to shoot straight and speak accurately.

American politics today is a systematic destruction of our country by despotic leftist traitors, their shameless media propagandists and a bunch of fork-tongued straw men in the Establishment GOP who behave exactly as controlled opposition would.

Trump is a centrist rogue who speaks poorly, probably means well, but surrounds himself with treasonous snakes and forsakes his base in lieu of appeasing those who will never vote for him anyway.

HiT: Where can people find your work online and follow you on social media?

Brown: You can find my books at all the major online stores. My handle on MeWe and OneWay is “Machine Trooper.” It’s the same on Gab (which I don’t really frequent that often anymore). I blog over at Virtual Pulp.

Paul Hair is an author who has written several fiction and nonfiction books under his own name and as a ghostwriter. Connect with him at www.liberateliberty.com.