This disaster epitomizes everything that's wrong with the modern Hollywood blockbuster.

It seems churlish to beat up on a Godzilla movie.

This isn’t the James Bond or Harry Potter franchise. Heck, Toho’s signature find is only slightly more respectable than the “Puppet Master” brand. The main character is no longer a dude in a rubber suit, but the franchise’s DNA remains tied to our inner 12-year-old.

Enter “Godzilla: King of the Monsters.” When Hollywood rallies its resources to churn out product this putrid, there’s no need to pull any punches.

The sequel to Gareth Edwards’ 2014 “Godzilla” reboot is junk, but not the kind that delivers prehistoric sharks or gravity-defying stunts. It’s brain dead on arrival, a stupefying mess that can’t even get the monster fights right.

Quick hint – call off the rain, smoke and clouds.

Vera Farmiga stars as Emma, a scientist studying the “Titans” phenomena. That’s fancy speak for Godzilla and his oversized chums. Are they here to help or hurt humanity?

Emma thinks she has the answers, but only in that crazy scientist way that sci-fi movies adore. Except she’s meant to be one of the film’s heroes.

Her claim to fame is Orca, a device that may be able to control the Titans. The operative word here is “may,” a risky bet when the wrong move can leave hundreds, if not thousands, as flat as the proverbial pancake.

That’s clear after Emma watches a Titan slay some of her colleagues, and she can’t so much as shrug her shoulders.

Oh, it’s gonna be that kind of brain-dead movie, eh?

FAST FACT: The 1954 Japanese film “Godzilla” represented the most expensive film ever made in that country up until that point, roughly 10 times the cost of the average Japanese feature.

From there we learn about the two sides in the great Titans debate. Some think we should kill them all … they’re too dangerous to be trusted. They have a point, no?

The other side? They were here before us and are helping restore the global order … by wiping out lots and lots of people, Thanos style.

Yes, it’s another eco-hysteria movie, with Emma prattling on about pollution, over-population (already debunked, sorry!) and other world-threatening woes. The science banter is as muddy as the visuals. And that’s saying something given how murky the whole enterprise looks.

Still, we’re still knee-deep in a Godzilla movie, where dopey hope springs eternal. The dumbest of the dumb plot points can be brushed aside in this series. Give us great monster fights and a handful of human moments that don’t bore us to tears.

That’s it. Can the expectations bar sink any lower? It’s not enough to save “Godzilla: King of the Monsters.”

Scene after scene rolls on without purpose, rhythm or logic. We get intense, and emotionally inert peeks into the dysfunctional family at the film’s core. Take a bow, Millie Bobby Brown (“Stranger Things”) and Kyle Chandler. They play an estranged daughter and dad unit that plays a big role in the fate of the world.

The “dialogue” consists of lame jokes, action movie cliches or exposition. Someone exclaims “God…” after another pointless slab of destruction. A nanosecond later a colleague mutters “…zilla.”

It’s that bad, folks. Here’s something positive. No one screams, “hold onto something!”

Ken Watanabe, an actor whose middle name is “gravitas,” is so embarrassing here it’s hard to fully  describe. Suffice to say his character probably etched a heart surrounding his name and Godzilla’s in a nearby tree.

Get a room, or a city block, why don’tcha?

“Godzilla: King of the Monsters” is the kind of film where a plot plot hangs on a random anecdote from a cave painting.

We also meet minor, flavorless characters who we follow across the globe for no discernible reason. And poor Bradley Whitford. The “West Wing” alum is stuck with the Everyman and Comic Relief role all in one.

Neither suits him, although it’s not his fault.

Chandler, so mesmerizing in Netflix’s “Bloodline,” pours everything into his part with nothing to show for it – save that paycheck. The young Brown reminds us of her plucky screen presence, but that’s the best that can be said about her character.

Director Michael Dougherty (“Krampus”) snags a few stunning stills from this wreckage. The visual team work overtime to evoke the grandeur of the monsters, including a gorgeously realized Mothra.

Ghidorah, freed from his rubber suit past, is similarly breathtaking.

Summer starts with Godzilla. #GodzillaMovie roars into theaters May 31! Get advance tickets at the link in bio.

So what? Hollywood FX gurus can conjure those visuals in their sleep. It’s what you do with them that counts.

A few monster-on-monster fights threaten to entertain us but never fulfill that promise. The film’s finale is similarly stale. Revisit 1968’s “Destroy All Monsters” to see a rumble that evokes a child-like joy in its audience.

Better yet, cling to that nostalgia rather than suffer through this insulting sequel. 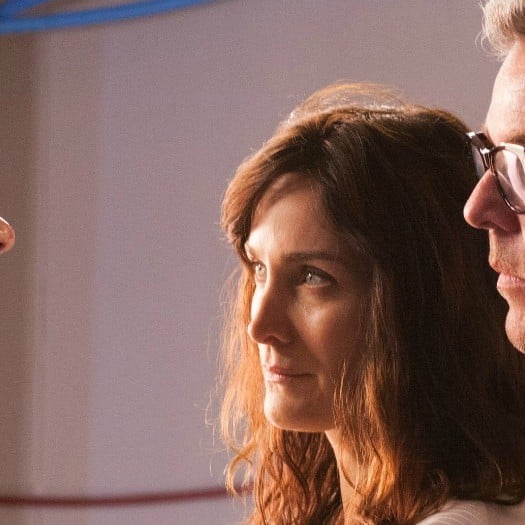 Read More
‘Frankenstein’ Lives … to Pass Judgment on Us 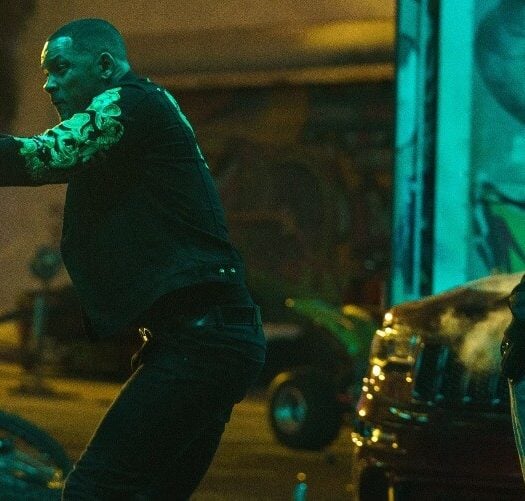