The “God’s Not Dead” franchise caught up to the zeitgeist, and then some.

The 2014 original did more than snag $60 million at the box office. It gave Christians who feel western culture has it in for them a voice.

True? False? Somewhere in between?

What’s impossible to deny is how “God’s Not Dead: We the People,” the fourth film in the series, reflects the Biden era’s clampdown on basic American values.

Or, as the president himself might say, it’s just “part of the process.”

God's Not Dead: We The People (Official Trailer #2)

“We the People” is miles from perfect, and the franchise’s penchant for lectures hasn’t gone away. The sequel is still a sorely needed battle cry for Americans to stand up to those eager to silence them, even if that means staring down the U.S. government.

Antonio Sabato, Jr. stars as Mike McKinnon, a God-fearing husband and father thrust into a fight he never wanted. He’s part of a local, faith-based homeschooling program under attack by a local judge.

Yes, that’s Jeanine Pirro as one of the film’s villains.

Mike’s group gets threatened by massive fines should it continue, which leads him to seek out Reverend Dave (series regular David A.R. White). Together, the two lead a contingent of parents to the nation’s capital where they’ll meet both friend and foe.

The former comes via Isaiah Washington, playing a Beltway sage hoping to give Mike’s team a win. He may be no match against Robert Benson (William Forsythe, giving the co-villain role some much needed nuance).

The Heart of "God's Not Dead: We The People"

Critics have hammered the “GND” franchise in the past, and the saga often gave them reason to do just that. While modern Christian films bring a complexity to the screen their predecessors lack, this franchise favors fire and brimstone theatrics.

“We the People” delivers some of just that, including too many sequences in which lectures take the place of organic conversation.

It’s also bracing, in a necessary way, to see a film grab the cultural moment and demand some answers. It’s why “We the People” opens with President Ronald Reagan warning the country that, “freedom is never more than one generation from extinction.”

We may be living in that generation now, which makes that message, and the film’s audacious spirit, vital. 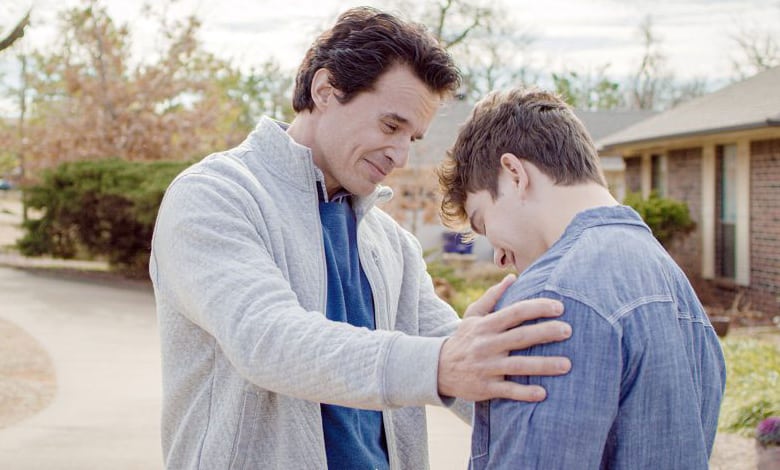 Sabato, along with co-stars Francesca Battistelli and Amanda Jaros, capture the frustration many parents feel about the current public school indoctrinations. They want more say over what their children learn, but the educational bureaucracy has other ideas.

Was “We the People” shot last week?

A recent Washington Times op-ed hammers home the film’s theme, suggesting an attack on homeschooling is the next logical step for the Biden administration.

Co-star Paul Kwo is saddled with much of the film’s sloganeering, cast as an immigrant who knows more about his new home than many of us. That information could have been woven far better into the story, a missed opportunity. As is, his scenes slow the narrative and the gnawing sense of outrage. Other exchanges prove superior, like when Pirro’s on-screen daughter challenges her on her judgments.

Some dialogue, by contrast, leaves a mark.

“I identify as self partnered,” a social worker cooly says when asked about her Ms. Honorific title.

This is not a mainstream production.

What it is, though, is an attack on the elites at precisely the right time. And it hits theaters when 99.9842 percent of stories refuse to do anything of the sort.

Critics scoff at the God’s Not Dead franchise. The series often gives them good reason. “We the People” commits some of the same cinematic sins, but it also offers a challenge, a rebuttal to the dogma suffocating Hollywood and the culture at large. A deeply flawed movie can also be a necessary addition to the pop culture debate.

It helps to add Washington to the franchise, whose presence elevates mundane moments and renders others all the more potent.

Seen in five or 10 years, “We the People” may be a pedestrian entry in a long-running franchise, assuming something close to American normal returns. For now, the sequel is clumsy and subversive, a flawed assault on a deeply anti-American wave crashing across the land.

Mock “We the People” all you wish. It’s the first film to directly address the sorry state of the nation.

HiT or Miss: “God’s Not Dead: We the People” shares the franchise’s flaws, but its bold mission statement has never been more necessary.