Rarely, if ever, does life move in a straight line, despite how badly we might like it to.

As our hopes and dreams find their way into our hearts, we seldom think of anything other than that coveted moment when we find ourselves standing on top of the mountain peak of achievement.

That moment when we say to ourselves “I’ve arrived… I’ve done it!”

Our first thoughts are never, “How many pitfalls will arise” or “What will I have to sacrifice in order to realize my dream?” I’ve learned that there are no elevators to the top, no rocket ships or portals that magically transport us to that summit where our dreams sit waiting.

No. If we want to reach the coveted peaks of our hopes and dreams, then we must do as all climbers do: we must walk and crawl and claw… inching our way up to that oxygen starved summit.

At least that is what I had to do to make “Freedom’s Path,” starring Gerran Howell, RJ Cyler and Ewen Bremner, and it’s been a 12-year climb.

What’s my dream? To be a filmmaker. To have the ability to tell the stories that inspire and move me.

The main problem with that dream is everyone and their dog (and cat and bird) wants to make movies, too. It also doesn’t help that the stories I tend to lean towards can’t be made for $30,000.

So, with that understanding, I did what any young, ambitious filmmaker does. I took my script and spent multiple years chasing the “Hollywood route” (from my home in Washington State). That is, I tried to find a studio or A-list producer to take my script, snap their fingers and make all my dreams come true.

In fact, almost everything that a big industry professional told me to do, didn’t work. I actually found that if I did something close to the exact opposite of what they said, I would get way further.

They were still using stories of Spielberg, Rodriguez, and the Duplass brothers as examples of how you can break into the industry. Needless to say, they were pretty out of touch with true indie filmmaking, in today’s world.

While I did meet some amazing industry veterans who cheered for me and supported me, I realized that If I wanted to make my film, and tell my story, I was going to have to set out on my own and start climbing up and away from the Hollywood system… so that’s what I did.

As I stood alone attempting to figure out just what to do next, I found myself looking up at the most glaring and obvious obstacle for any filmmaker: money. Real money. A lot of money. 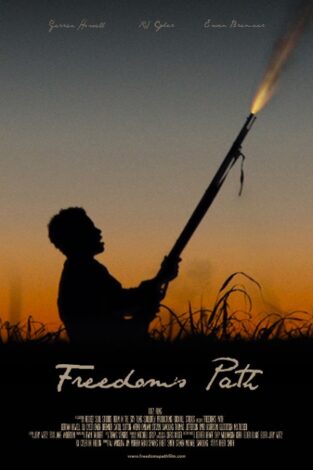 How on earth would I get it without an MBA or robbing a bank? Kickstarter and Indiegogo certainly weren’t going to do it for me.

I decided I would follow my intuition, and use the two key resources at my disposal…an iMac computer and my limitless passion to tell this story. We are talking Andy Dufresne with his rock chisel in Shawshank kind of passion.

So, I spent two and a half years on that iMac, scouring different websites and sources, attempting to track down potential investors. I was averaging eight hours a day, often more, and let me tell you… I found all kinds of characters; from scammers (who I would later see in the news for fraud), to hall of fame athletes, and well-known actors.

In fact, I’m pretty sure I spoke with a few legit mobsters… I didn’t schedule a follow up call.

All in all, I sent out more than 4,300 emails, though it may have been more. My Gmail account was so full that I had to start deleting emails. After all, what filmmaker is upgrading their Gmail account to pay for storage? I’m not a silicon valley engineer…

I can’t properly convey the struggle, the pain and the number of times I wanted to give up during that two-year period of time. Hearing “No” that often was beyond brutal. Beyond.

How did I keep going, day after day? I had to trick myself and turn it into a game… like an easter egg hunt. Every “No” got me closer to my “Yes.”

But more than games and mind tricks, what kept me going, was the small core team of people who wouldn’t let me quit. My wife, my dad and my friends. None of them would let my passion or my drive fade.

Sure, they’d let me pout and feel sorry for myself for a day or two, but then they’d force me back up into the saddle, strap my hiking-pack back on and send me on my way. As I look back on things, I am able to see that these people really carried me up the mountain more than I ever walked it.

So what was it about this story that motivated and compelled me through more than a decade of insane ups and downs? It was the desire and drive to tell a story about unknown and forgotten people. To create a story that would attempt to encapsulate just a portion of the spirit, courage, and perseverance of the numberless millions of enslaved Americans who went silently to unmarked graves.

Everyday people, whose stories have been lost to time.

In the end, I was lucky enough to find 10 investors (out of 4,300). And let me just say that I love and adore each and every one of them.

Once I got the money, I took my team of filmmakers, who have been with me since my earliest days in film, including my brilliant DP who has been working with me on this for 11 of the 12 years. All of these filmmakers are hustlers, warriors, trench rats, freaks of nature (and any other cool and amazing name to describe beastly humans capable of anything) and went down to NW Arkansas to make our period epic.

We partnered with a brilliant local production company and brought on assassins as department heads. That, combined with some of the greatest, most talented and humble actors living today, we began.

Suffice it to say, we created absolute magic. Every single person on the team took the dream and made it their own, elevating each and every facet of the story (in front of and behind the camera). Actually shooting the film had its own eco system of massive challenges (you know, floods, tornados, mud ticks, chiggers, snakes, sub zero temps… mud, etc.) but that story is for another day.

We wrapped production right as COVID-19 hit (another mountain to traverse). My editor and I leaned into post-production and took the better part of a year massaging and finding the story (while being a continent apart from each other). Then came our brilliant composer and post-house to finish the film off and make it look and sound beautiful.

And Voila! The film is done and beginning its film festival run… and everything ended happily ever after.

Having been able to climb the summits of financing, casting, production and post-production, I now stare down the twin peaks of public perception and distribution. In the U.S. today, the country is split politically and socially, dissecting itself off into groups and factions, not unlike during the Civil War.

Some people on the right side of the political aisle see the trailer of the film and make a snap judgment, saying it’s “woke nonesense,” while those on the left say, “Not another slave film… no more white saviors!”

Both are entirely wrong.

For the Liberals: It’s most certainly not another slave film. In fact, there is not a single slave depicted on screen. Every character you meet has either purchased their own freedom, run away and declared themselves free, or is in the process of running away.

You will also not find any “white savior” trope here… the film was designed to be the polar opposite. The film’s protagonist (a Union soldier) is rescued mentally, physically, emotionally and spiritually by the free Black Americans of the film.

In fact, “Freedom’s Path” happens to be the first ever in history to follow a group of free Blacks living in the South during the Civil War operating a stop on the Underground Railroad.

Lastly, for all you Conservatives: If depicting bold, complex and heroic black figures of this era who are authentic and real, is woke… then I guess you can pin that badge on me and call it woke (but you’ll still be wrong).

After 12 long years, I can assure you that the narrative, the characters and the themes of film are infinitely more nuanced and deep than any contemporary political and social slants- regardless of your perspective. A surface level glance at this film will not do.

No matter where this film ends up, or how many people do (or don’t) see it, I can say that it has been the journey of a lifetime. All of the struggle and hardship, and the years of worry and stress, led me up steep mountainous terrains that I never had anticipated when first setting out.

It has taken me 12 years to realize the reality that there is no peak. There is no pinnacle. There is just a beautiful, challenging, and hard mountainous journey.

The ultimate trick is to never stop putting one foot in front of the other, lean on those you love, and take a moment every now and then to stop and look out on the beautiful vistas that lay behind you. Vistas that are only visible from the rugged mountain tops.

Just remember that as you pursue your dreams and climb your mountains, that it will take you longer than you anticipate. You will have far more setbacks than you had hoped along your journey, but take it from someone who is 12 years into their climb… every step is worth it.

Brett Smith is the writer/director of “Freedom’s Path.”