Penn’s political posturing is downright ugly. Even if you agree with his far-left stances you’re likely aghast at how he shares them. He treats conservatives like he used to handle the paparazzi. And his box office fortunes have slipped over the years. 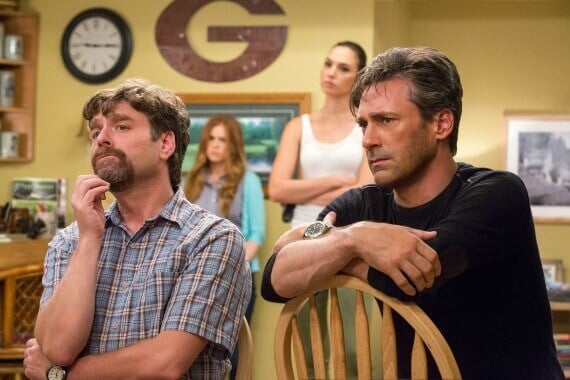 Actors risk hurting their careers by getting political, especially during an election year. Should we be surprised Zach Galfianakis’ last two films bombed at the box office after he dumped on Donald Trump?

Staying above the political fray is often the smartest move a celebrity can make. Endorse Hillary Clinton … and you might start an unnecessary backlash.

Yet here comes Esquire, the reliably liberal culture magazine, demanding apolitical actors speak up this campaign cycle. Reporter Matt Miller whines that some of the biggest stars in our pop culture galaxy, including Taylor Swift, Mark Wahlberg, Chris Pratt and Dwayne Johnson, haven’t told us who to vote for yet.

How will we ever know who to vote for without their counsel? Please help us, Super Famous People!

Of course, Miller’s piece is all about one objective – getting more stars to endorse Hillary Clinton. That’s it. The article starts by slamming Trump in no uncertain terms.

The not-so-underlying message? A star isn’t using his or her celebrity properly without a Clinton endorsement.

Any celebrity who has ever championed a cause, written, or wrote, or performed any work of any actual substance relating to life in this country has something at stake here. Maybe these artists are protecting their brand? F*** that! If their brand means to sacrifice the very values that make them human and a contributing member of this society, then they live a sad, hallow life. These are some of the highest paid and most influential celebrities on the planet who have yet to publicly and clearly declare allegiance to either candidate.

Note the disdain Miller has for stars who understand just how slippery fame can be. For every Clint Eastwood who enjoys decades of stardom there are countless others who get a few good gigs … and never work again.

What if Swift, Wahlberg or Johnson blasted Clinton’s pay to play scandal? Or how she destroyed countless government documents, presumably to cover her tracks? What about her penchant for lying? The Clinton Foundation’s Haiti debacle?

Are those causes worth championing, according to Esquire?

It’s all about liberal groupthink. If Swift came out against Clinton tomorrow, Esquire would be the first outlet to slam her “feminist” bona fides.

In a way, the silence we’re hearing from these celebrities regarding Clinton’s candidacy may speak volumes. And it’s driving Team Esquire crazy.