“When one celebrity interviews another celebrity,” writer L.V. Anderson tells us in Slate Magazine, “the result is usually a mutual lovefest.

“But occasionally, since both parties’ defenses are down, you get a really amazing quote,” Anderson continues.

Now, your interpretation of “amazing” may differ. It might be more accurate to say, “illuminating.”

What Anderson refers to is a recent interview between “Girls” star Lena Dunham and comedienne Amy Schumer. What’s revealed is a lesson in leftist hypocrisy.

Turns out liberals frequently think and behave in ways they decry.

Anderson also delivers some rather stark social impropriety in attempting to “out” a well-known athlete. This is what happens when leftists are exposed in moments of candor. We discover that one of two things are in play; either they are incapable of abiding the social mores they attempt to inflict upon us, or they do not believe those mandates they use as a cudgel on their opponents.

At Dunham’s personal web outlet, The Lenny Letter, she transcribed a gushing Skype discussion with Schumer. The chat sounds like two women dishing and alternately parting the backstage curtain.

Unintentionally, it shows the mindset of the leftist elite. 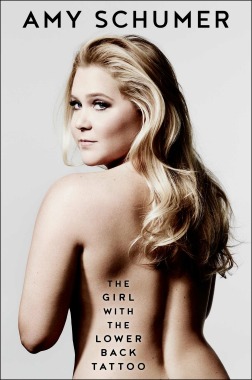 The first minor quibble was when Dunham asked Schumer, promoting her new memoir “The Girl with the Lower Back Tattoo

,” about her recent visit with Howard Stern.

“He referred to my tattoo as a tramp stamp, which I always take offense to,” the comedienne says. This becomes revealing later when Dunham quickly launches into an anecdote and says, “When I got my first tramp stamp…”

That “always” dissipated rapidly when an acolyte employed the term. Stern’s usage was triggering, however Dunham’s use of it was not even noticed. This is a sign that with the left when it comes to problematics the offenses travel in one direction. One side is always in the wrong, their side cannot be guilty.

Another double standard came during talk of a recent controversy Schumer endured when a staff writer came under fire for offensive comments. These were made in reference to a fellow comedian accused of rape.

The women express dismay that Schumer faced questions because of the actions of a staffer.

Schumer and Dunham are aghast at a practice conservatives know all too well.

When one member of the right says something controversial, the entire body of conservatism has to be accountable for that individual. But Schumer being accountable for a member of her own staff seems out of bounds.

Here, the comedienne is experiencing the very media backlash frequently used on conservatives, but somehow she should be given the benefit of a doubt. That doubt is never granted to those on the right when they come under this type of fire.

All conservatives become smeared, and the quotes are held as proof of a war-on-women mentality. Schumer demands a free pass despite a closer association to the “guilty” party.

From here we descend into the grossest segment of the discussion.

You Better Ogle Me!

The sharpest contrast in the women’s thinking and actions centers on the night when they both attended a posh gala in New York. As they rehashed the evening, Dunham detailed an exchange – or lack thereof – she had with one of New York’s biggest athletes:

The levels of impropriety here are astounding.

Dunham’s tirade is based entirely on unspoken words by Beckham. She crudely ascribes all variety of reactions based on zero evidence. She claims to know his mental assessment of her, places words in his mouth and reduces him as only concerned with sexual desirability.

Dunham isn’t alone with her prejudicial thoughts. Slate’s Anderson seems eager to join in with the girls’ gabfest. The writer likewise commits a ghastly social impropriety in the process.

Maybe Beckham is just shy, or maybe he was in the middle of an important text conversation on his phone, or maybe he was just having a terrible night and didn’t want to make small talk. Perhaps (as the eternal rumors have it) he’s gay. Regardless, Dunham has tapped into a real phenomenon—men who really don’t know what to make of women who don’t sexually interest them.

The leftist set loves to lecture others on the thinking and manner they should address homosexuality, but those rules do not apply to them.

A male athlete doesn’t fawn over a feminist icon? Well, he’s probably gay, right? The best here is Anderson supports the supposition with a link to another Slate article, one that lambastes anyone who forwards this very theory about Beckham’s sexuality as being racially “toxic.”

Imagine how oblivious one must be to back up their claim with a source from their same outlet stating anyone making such a claim is poisonous.

To understand how fully in the wrong Dunham is in this exchange, let’s pretend the gender roles were reversed. Had a prominent male been making these comments about a woman, he would be held up as an example of male aggression and “rape culture.”

Dunham, however, felt zero reticence engaging in the very acts feminists have been condemning for at least a generation. Is it fair to hold Dunham to the standards of today’s gender politics? Among the subjects she declares her site to be centered upon, “Feminism” is at the top.

Let’s take this to the next stage.

For years feminists have been looking for any and all actions by men to become defined as aggressive, even dangerous. Complimenting a woman’s looks is sexist. Finding a woman attractive is predatory. Something innocuous like holding a door for a woman is objectifying.

Consider this paradox: in instances where a male had no direct interaction with a female, feminists have still managed to accuse the worst upon the male by coining a new crime, called “stare-rape.”

Now when a male abjectly declines to engage a feminist without so much as a lingering glance they can still come under misogyny fire.

I’m Sorry for Ignoring My Own Rules

As a sign of just how wrong she was, Dunham later issued an apology towards Beckham. Recent history tells us she’ll be forgiven. Anyone mentioning this episode will be told she apologized and therefore we should move on.

How many times does the press bring up Dunham’s rape hoaxer incident?

Conservatives, meanwhile, often aren’t allowed this escape clause. Any instances will stand as hardened proof of the mindset by the entire body.

The core fact is those celebrities and journalists who cite these societal rules should be far more attuned to what they preach. Instead we see in private they commit some “crimes” they love to accuse of others.

They also somehow manage to evade guilt when they occur. 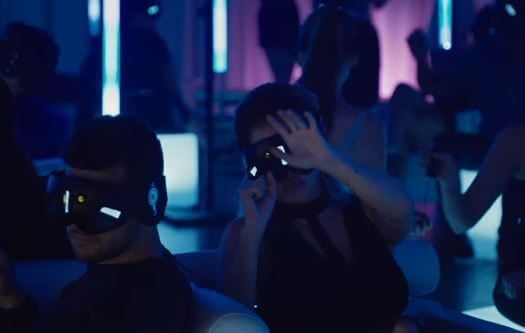 Why We Need ‘Fahrenheit 451’ Now More Than Ever

Read More
Why We Need ‘Fahrenheit 451’ Now More Than Ever 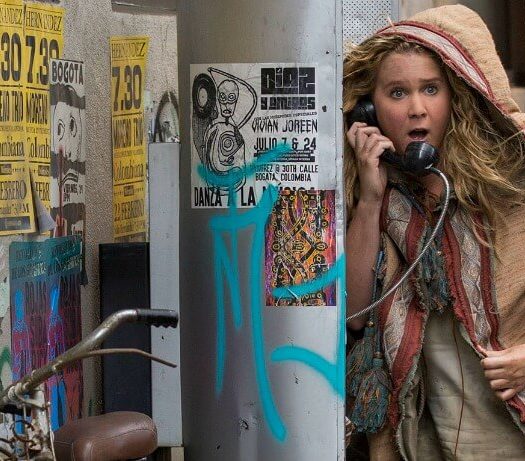