Money. Cars. Women. The world-class surgeon was at the top of his field – and the top of the world. Then his arrogance – or was it something else? – led to a horrific car accident. The crash left his body broken and his gifted hands mangled.

Realizing he could never be the surgeon he once was, Strange embarked on a quest for the Far East. 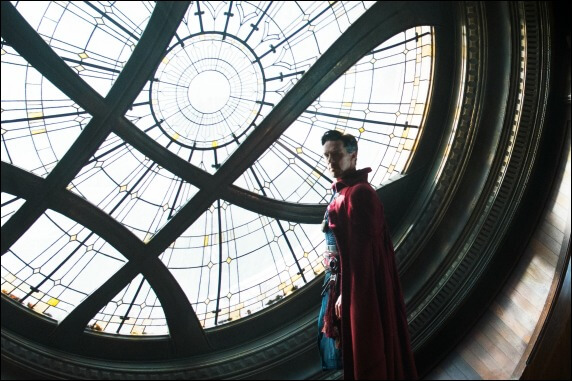 While in Tibet, he came across the Ancient One, a mystical guru who taught Strange to open his mind to the wonder of magic. Eventually Strange became as gifted at magic as he was in medicine, assuming the role of Earth’s sorcerer supreme.

This week’s release of “Doctor Strange,” starring Benedict Cumberbatch as the master of mystic arts, brings Steve Ditko’s creation into the Marvel Cinematic Universe (MCU). The Marvel Comics character made his debut in the appropriately titled “Strange Tales #110” back in 1963.

The movie sticks fairly close to the source material – though with updates for modern audiences.

While Cumberbatch seems as physically perfect for the role as Robert Downey, Jr. was for Iron Man, the producers have taken some liberties from the comics.

The biggest difference? The Ancient One got a gender change.

The comics portray The Ancient One as an old Asian man. The movie’s producers felt that was too much of a stereotype. They cast way against type and hired British actress Tilda Swinton for the role.

Another change is Strange’s comic book manservant Wong. In the movie, he fights alongside Strange as a fellow sorcerer instead of just greeting guests in his Sanctum Santorum in New York City’s Greenwich Village.

RELATED: Why We Shouldn’t Panic Over Marvel Changes

Over the course of 50-plus years, Strange has had epic fights against the dreaded Dormammu and Baron Mordo, both of whom appear in the film. But his longtime love interest sorceress Clea doesn’t appear, perhaps to keep the character more grounded in “reality.”

There is a love interest, of sorts, in the movie. Rachel McAdams plays a doctor with complicated feelings for her colleague.

Strange is expected to join the Avengers in their next big-screen adventures – “Avengers: Infinity War.” That. too, is a slight departure from the comics. Strange, an ally of the Avengers, helps to found the Defenders along with the Hulk, Silver Surfer and the Sub-Mariner. But with Marvel’s decision to focus the Netflix-bound Defenders to street-level crime, the A team gets the magical advantage.

The “Doctor Strange” comics have enjoyed a bit of a Renaissance lately, thanks to the writing of Jason Aaron. Marvel recently published two additional titles alongside the eponymous one.

If the movie exceeds expectations, count on even more in the future – as well as plenty of big screen adventures for the sorcerer.