The “Hail, Caesar!” star piled on the #OscarsSoWhite social media debate this week. The hashtag outcry came after Thursday’s Academy Awards nominations were announced. Once again, no people of color were included in any of the best actor categories. Minorities were similarly excluded from other key races like Best Screenplay and Best Director.

Clooney couldn’t hold his tongue on the matter. He told Variety it’s time for change.

“I think that African Americans have a real fair point that the industry isn’t representing them well enough. I think that’s absolutely true … But honestly, there should be more opportunity than that. There should be 20 or 30 or 40 films of the quality that people would consider for the Oscars. By the way, we’re talking about African Americans. For Hispanics, it’s even worse. We need to get better at this. We used to be better at it.”

Clooney also slammed the industry for its track record regarding women in critical roles in front of and behind the camera.

The handsome star isn’t just an actor for hire. For more than a decade he’s been directing a series of high-profile films. Directors have a critical say in who appears in a project. They huddle with casting directors to bring the critical roles to life.

Consider the following Clooney-directed projects (the actor also produced two of the films below). How many people of color do you see? 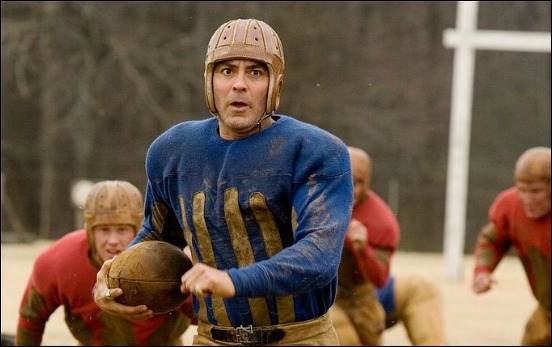 Those films feature only one person of color in all -- Wright in “The Ides of March.” None of the projects were written by women.

No one is alleging Clooney harbors racist sentiments. Nor should they. His directorial canon does point to the complexity behind the subject in hand.

The industry does, indeed, overwhelmingly feature white males in the roles that matter most. The staggering figures don’t lie. It’s up to the industry’s biggest celebrities to do more than pay lip service to Hollywood’s diversity problem. They can help lead the change one movie project at a time.