'Lazer Team' could be film's next cult classic. Not if Barry Wurst has a say in the matter.

Wurst is a film professor, movie critic for MauiTime and founder of the Hawaii Film Critics Society. And he torched “Lazer Team” in his HiT review.

That didn’t sit well with Dave Taylor of DaveOnFilm.com fame. He’s a serial entrepreneur, contributor to ScienceFiction.com and the power behind the tech answer site AskDaveTaylor.com.

HiT invited the film critics to battle it out over who had the best take on the new sci-fi romp.

Dave Taylor: Oh, Barry, you’ve become that film critic that seeks deep meaning, profundity and importance in every film you see. “Lazer Team” isn’t great cinema, but it’s fun and entertaining. And while the characters are predictable stereotypes, sometimes that’s sufficient for a film to be worth your time and the price of admission. Particularly if you’ve just had a nice dinner and a few martinis or margaritas beforehand.

Barry Wurst: Actually Dave, deep meaning, profundity and importance are for squares! I want to have a good time at the movies like every other film buff. Yet, I couldn’t surrender to “Lazer Team.” The whole thing is so self satisfied and overly reliant on dusty genre tropes. If there was even one character to care about and not a cluster of one-note stock figures, it could have worked. As it stands, it’s not as funny as that other sci-fi/fratboy classic, “Dude, Where’s My Car.” Actually, “Lazer 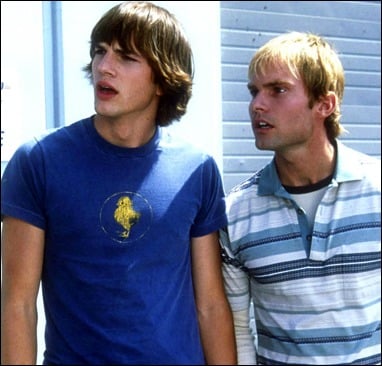 Team” reminds me the most of the forgotten “Alien Trespass,” which shared an affection for the genre and fine production values but little else. By the way, what’s with all the margaritas? Does “Lazer Team” only work if you’re inebriated?

Taylor: And so you’ve touched on the secret relationship between comedies and inebriation. Indeed there is a relationship between most modern comedies and the ability to get into a devil-may-care mood, to appreciate whimsy and irreverence, likely coupled with sophomoric jokes ​and semi-clad women. Classic comedies like “Young Frankenstein” or, more on target, “Galaxy Quest,” don’t require this change of perspective. But let’s be candid. Most all of the recent comedies are crude, horrible and stupid. Did you really find “The Hangover” and “Bridesmaids” to be witty and entertaining without a few margaritas? Then maybe that’s why we aren’t seeing eye-to-eye! 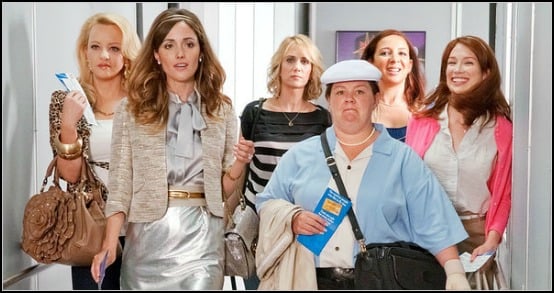 The cast of the hit comedy ‘Bridesmaids.’

​Now to be clear, I haven’t said that “Lazer Team” is classic cinema destined for a parade of Academy Awards. In fact, in my review I say “some films have something deep and profound to impart, while others are just time well spent, entertaining and amusing. ‘Lazer Team’ is definitely in the latter category”. I ​also don’t like movies that deliberately try to position themselves as cult classics: that’s something ​bestowed on a film by its audience, not its production team. And yeah, they’re one-note characters and there’s not a surprise in the story. But I still found it entertaining and amusing. So put that in your pipe and smoke it!

Wurst: Well Dave, as far as putting that in my pipe and smoking it, I’ll say this- if the (now legal) Colorado Kush you’re toking made you think “Lazer Team” is “entertaining and amusing,” then I’ll Just Say No. 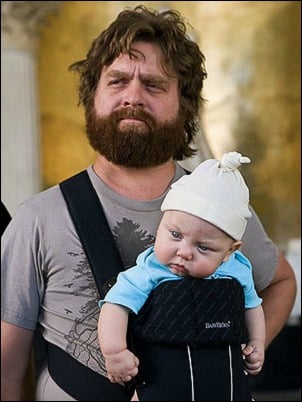 How on Earth can you even mention well made, mostly-funny comedies like “The Hangover” and “Bridesmaids” alongside “Lazer Team”? Those movies had real performances, characters that were engaging and unique (Zach Galifianakis and Melissa McCarty’s in particular) and were skillfully produced. The film debut of the Rooster Teeth group may have polished CGI and…um…well, did I mention it has polished CGI? Otherwise, the filmmaking was professional (if uninspired), the characters were interchangeable and the performances on the level of a summer camp skit.

The comparably low budget, hit and miss but far funnier “Super Troopers” (the 2001 debut of the Broken Lizards comedy group) was much more promising. It’s hard getting any movie made and Rooster Teeth deserve congratulations for their success. Yet, I didn’t find their movie particularly memorable. The higher budget but far edgier and character-driven “Scott Pilgrim Vs. The World” is preferable, as is the hilarious, dirt cheap genre spoof “Mystery Team” (starring Donald Glover).

You defend “Lazer Team,” in spite of (in your words) “one-note characters” and “there’s not a surprise in the story.” Fine, but the movie is a comedy and the laugh ratio is low. You don’t have to be inebriated to know the average Cheech and Chong vehicle has actual laughs.

“Lazer Team” has fewer laughs than “Star Wars: The Force Awakens,” which isn’t even a comedy … and is funny without the need of any Denver Wowie Kush Bush. 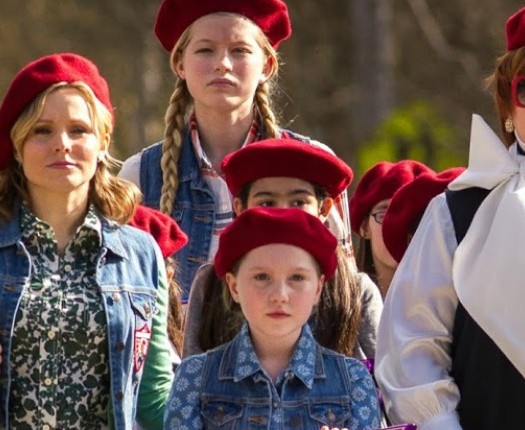 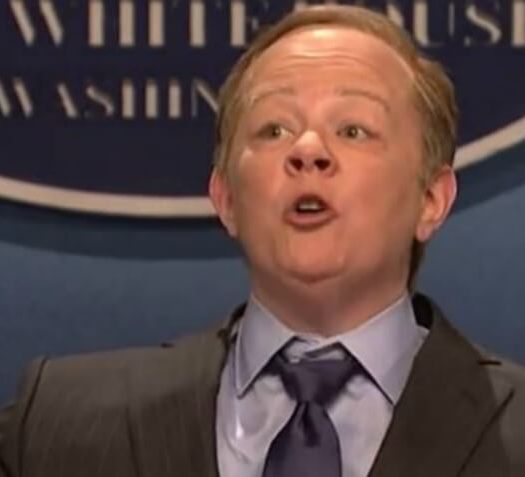