No, not the digitally-created Jedi from the “Star Wars” prequels. The felt and foam version introduced in 1980’s “The Empire Strikes Back.”

Scott’s friend watched the “Star Wars” saga in chronological order with his children. They already “knew” Yoda by the time “Empire” began. Not like this, though. 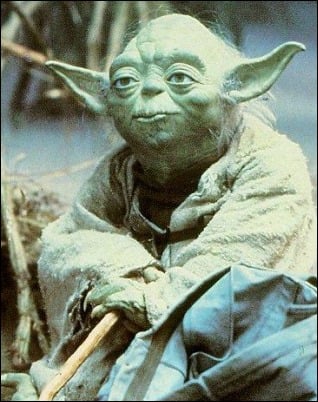 “Look … he’s real!” one child squealed at the puppet under Frank Oz’s direction.

That’s the challenge today’s special effects artists face. Yes, digital technology can create literally anything for a film or TV show. It’s our reaction to old school, or practical, effects that can’t be created on a computer.

Scott, a program instructor with CMU College of Makeup Art & Design, is part of a new, 17-week program helping students fuse CGI with practical effects. It’s the first of its kind in Canada, according to the school, helping bridge the gap between the FX realms.

“Digital effects can be too realistic in some regards,” says program President Barry Patterson. Blame higher available frame rates, the rise of 4K technology or simply how our eyes process visual material. “The CGI becomes so pristine … it just doesn’t look realistic.”

The Return of Retro FX

Scott, a nearly 30-year FX veteran, says too many filmmakers “threw out” the practical effects tool kit when CGI arrived. Now, with movies like “Star Wars: The Force Awakens” embracing traditional effects, the industry is undergoing a paradigm shift.

“I’ve found it exciting to watch the resurgence of practical effects, to see them blended with digital,” Scott says.

A movie like 2014’s “Guardians of the Galaxy” had hundreds of prosthetic pieces to bring it to life, Patterson adds.

#2 Behind the Scenes of GUARDIANS OF THE GALAXY

Audiences are lining up to see the FX fusion on the big screen. “The Force Awakens” is the new box office champion. “Mad Max: Fury Road” and “Galaxy” both scored big with ticket buyers. That doesn’t mean every FX expert is well versed in both worlds.

“There are people who are skilled in both … but it’s not a large group of people,” Patterson says. “The industry is changing … .they’re learning both of these disciplines [now].”

RELATED: Abrams Brings ‘Star Wars’ Back to the Future

Some chose not to make the switch to digital in the first place, Scott says. Consider Rick Baker, the movie makeup icon who helped David Naughton howl in “An American Werewolf in London.”

“He never really made the foray into digital effects professionally,” Scott says. “He dabbled in 3D modeling software, and the work he produced was instantly on par with every other digital artist.”

That shows that the transition is possible, Scott adds.

CMU students don’t start creating realistic monsters right away. The school focuses on the fundamentals, like life drawing, along with the more geek-friendly fare.

“Having a foundational skill set, learning anatomy, posture and gesture, is really helpful,” Patterson says. Knowing how the light will hit a prop on a movie set hearkens back to Art School 101.

Patterson says some U.S.-based schools are already working on teaching practical and CGI effects together.

“There’s something about the combination the digital with the practical … the slight imperfections make it feel authentic,” Patterson says.

It’s why director George Lucas made the digital Yoda’s ears wiggle like the puppet version in those prequels. That apparently wasn’t enough for some young audiences.

“There’s a human element that’s inherent in the real and practical. That’s not yet matched by what you can produce visually [with CGI],” Scott says.