Why Carpenter’s ‘The Thing’ Hasn’t Aged a Minute

Why Carpenter’s ‘The Thing’ Hasn’t Aged a Minute

John Carpenter's 1982 remake of Howard Hawks' "The Thing From Another World" is a rare example of a smart, superior cinematic re-telling.

Carpenter’s take on both Hawks’ sci-fi classic and Joseph Campbell’s short story, “Who Goes There?” remains more than intellectually stimulating. It’s one of the most terrifying horror films ever made.

With its outstanding ensemble cast, high-minded questions of identity and special effects that still disturb, the only ’80s sci-fi films that hold up this well are James Cameron’s “Aliens” and David Cronenberg’s “The Fly.”

Russell stars as a member of an American research base stationed in the Antarctic. The friendly camaraderie among his crew is disrupted by the arrival of a dog. The canine wanders casually around the base, befriending the men. Little do they know it will unleash a monster that can copy any living thing.

Unlike the majority of horror films made during the current and prior century, the victims’ faces burn into memory. It’s impossible to forget Wilford Brimley’s disturbing breakdown or the looks of desperate horror as the men are tied to chairs, watching one of their own transform into a putrid entity.

From Russell down to Brimley, Keith David, Richard Masur and the rest, its unsettling to witness these blue collar, middle aged men endure horror like the trapped pack of dogs at the film’s beginning.

RELATED: 6 Horror Stars Who Got Robbed on Oscar Night

Most fans of Carpenter’s “The Thing” know why the film flopped during the summer of 1982…or at least they think they do. According to most accounts, the culprit is Steven Spielberg’s “E.T. The Extra Terrestrial.”

Apparently, audiences weren’t up to the downbeat nature of Carpenter’s film. They were lured away by the hopeful depiction of Spielberg’s alien tale. This explanation is in line with current sensibilities, which are too cynical to fully appreciate the value of E.T.’s attempts to “phone home.”

Spielberg’s masterpiece wasn’t some cuter alternative that stole audiences away from Russell’s uber-beard and Rob Bottin’s nightmare visions. No, folks, it’s not that Carlo Rambaldi’s “E.T.” puppet pulled the wool over audiences’ eyes. Actually, the intensity of Carpenter’s film was unprecedented.

The violence in the film isn’t merely gross, its alarmingly cruel. If you compare “The Thing” to every genre movie released in 1982, none are equally terrifying.

For all the virtuoso make-up effects in those movies, Bottin’s prickly, sickening, slimy creations have them all beat.

Appropriately enough, Carpenter’s “The Thing” has inspired numerous copycats. Like the exploding dog at the beginning of his film, the cinematic duplicates look good at first, until they burst apart. Among the more notable, if not particularly great, movies that stole from Carpenter’s include “Leviathan” (1989), “Virus” (1999) and “Whiteout” (2009).

The latter isn’t a sci-fi horror film but works hard to recreate the atmosphere and tension of “The Thing.” It also wastes Kate Beckinsale and manages to botch the foolproof graphic novel it’s based on.

The most noteworthy redo of Carpenter’s film is the official prequel/remake that appeared in 2011.

Matthijs van Heijningen, Jr. directed what was once titled “The Thing: Begins.” It’s set in Antarctica in “Winter ’82.” The story takes place in the Norwegian camp that, from events in the Carpenter film, we know has a grisly fate.

From the clever use of Men At Work’s “Who Can It Be Now,” the 2011 “The Thing” is well directed and has a good set-up. Casting Mary Elizabeth Winstead in the lead sets this apart from the original the most.

Otherwise, the performances (by a largely Norwegian supporting cast) are devoid of life. The story follows Carpenter’s blueprint almost scene-for scene. As in the prior film, the crew discovers an ice block (still unthawed in this one), a dog barks, the monster gets loose and a grotesque autopsy follows.

The infamous test to prove who is human ends in flames and lost lives.

Although the CGI provides a respectable facsimile of Bottin’s slithering, tentacle-sporting beasts, it’s all obviously CGI. Bottin’s work may be analog but offers a textured brilliance to the make-up that made the horrible Thing seem real.

While the 2011 “Thing” moves well, it’s at the expense of character development. Fittingly, genre fans turned their nose up to the film, which is a not-bad monster movie but nowhere in the same continent at Carpenter’s film.

The new Scream Factory Blu-ray of Carpenter’s “The Thing” contains two discs, packed with extras and provides an edition of “The Thing” that is beyond definitive.

Some of the extras (like an invaluable commentary between Carpenter and Russell) are carried over from previous releases. The best featurettes, though, are brand new.

Where else can you see the TV version of “The Thing” or an engaging feature on the woman who made the flying saucer in the opening scene? Or the rarely seen (and effective) teaser trailer? Or a glimpse of what the film would have been like with stop-motion animation?

There are three commentaries: one with co-producer Stuart Cohen, another with cinematographer Dean Cundy and the aforementioned, jovial commentary between the director and star.

The “Requiem For A Shapeshifter” interview between Carpenter and Mick Garris is fun, though my favorite extra is an informative interview with novelist Alan Dean Foster on adapting films to books. I’ve barely scratched the surface with these extras, which left me both exhausted and feeling like an authoritative “Thing” devotee.

A lingering question among “Thing” fans is which of the surviving characters in the final scene is human? In the 2011 version, it’s revealed that The Thing can’t replicate earrings or fillings. In Carpenter’s film, we clearly see one of the two survivors (no further spoilers) has his earrings.

On the other hand, a discussion is made in the DVD commentary about lighting used to illuminate the eyes of the humans, with a lack of twinkle in a characters eye a giveaway to the alien doppelganger.

Like the “Blade Runner” question of whether Deckard is a Replicant or not, the mystery remains intact but so does the central theme. In this case, it’s the certainty that, unless you do a blood test and break us down on a cellular level, we’ll never know who the other person truly is.

Also, regardless of what the fade-out indicates, those characters (both the Replicants and the men of “The Thing”) are doomed either way.

Ennio Morricone’s score takes a cue from “Jaws,” as it sounds like something creeping up on you…getting closer…closer…and closer. Or it could be the sound of someone’s heartbeat, slowly fading.

” is just as powerful and dread-inducing today as it was in 1982. See it with someone you trust sitting close to you…and wonder just how well you truly know that person.

CORRECTION: The original version of this article incorrectly stated the title of the 1982 “Amityville” sequel. 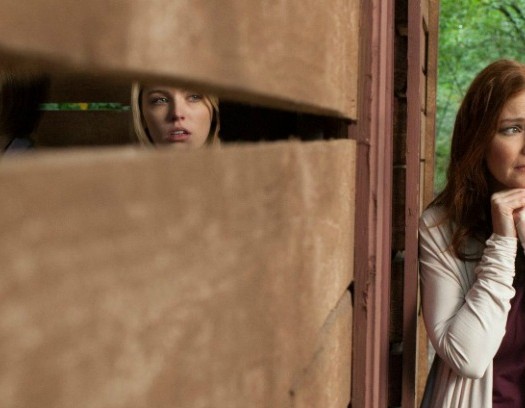 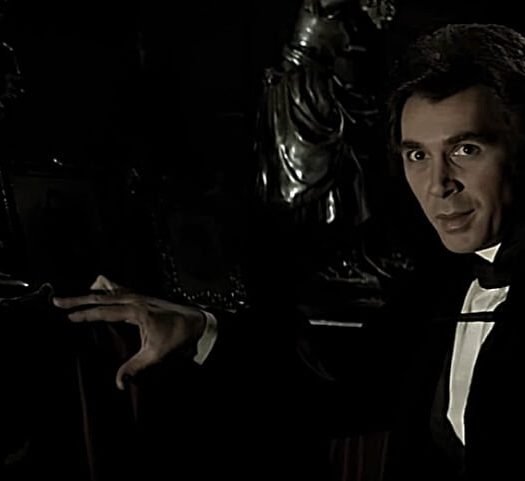 Read More
Sultry, Soulful and Scary, 1979’s ‘Dracula’ Had It All