The erstwhile Bond is at an age when his crinkly good looks and gravitas deserve quality material. “I.T.” is many things – hopelessly contrived, poorly realized and aggressively dumb.

The actor has only himself to blame for wearing two hats here. The story begins with genuine promise, tapping into our justifiable fear of technology. Once the villain breaks into his own version of Carpool Karaoke, the movie’s quality control takes a plunge.

Brosnan stars as Mike Regan, the CEO of a successful aviation firm about to take a bold new step. Think Uber for private planes.

Only his presentation short circuits before he can show it to his senior members. Good thing the new IT guy is so darn handy. Ed (James Frecheville) salvages the presentation, which convinces Mike to invite him to fix the WiFi in his sprawling, sterile mansion. In today’s movies, the mega wealthy prefer bleached white interiors that look like Heaven’s waiting room.

Mike quickly reminds Ed about the whole boss-employer relationship. Only Ed doesn’t take the advice to heart. Instead, he retreats to his car, sings along with the Missing Persons’ “What are Words For?” and transforms into the monster we see in the trailer.

Suffice to say the scene won’t be featured in any Frecheville career retrospectives. 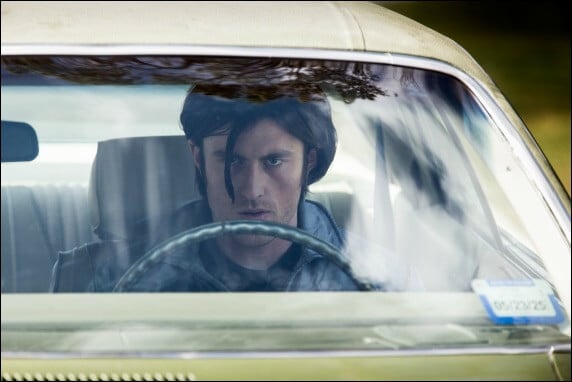 It’s here where an intriguing premise literally vanishes before our eyes. Those Mike-Ed chats proved intriguing. Watch a multi-millionaire give a tech-savvy Millennial his undivided attention. Ed engages his boss with a blase attitude. The pose suggests he really holds the power in their relationship.

That’s an interesting development that gets quickly left behind.

Instead, we watch Mike’s life fall apart as Ed flexes his IT might on him. Suddenly, Mike’s company is under investigation for fraud. That might qualify as the best news for Mike once Ed gets through with him.

How do you stop an obsessed hacker in our day and age?

Is it an inside joke that a movie named “I.T.” is irretrievably dense? You’ll shout at Mike’s character more than a clueless horror movie victim. How could he be a Master of the Universe and behave in such a clueless manner?

RELATED: 5 Signs Pierce Brosnan Is the Next Liam Neeson

Mike is behind the times and a bit arrogant, but neither is a crime.

Yet Moore’s visuals get the best of him just as the screenplay implodes. You might get the giggles as the camera swirls around Mike and his wife during one supposedly dramatic moment.

That very same camera lingers a mite too long on young Scott in the shower. We’re meant to see how our digital age shreds any sense of privacy, but the lens zooms in on the actress in a lecherous fashion.

FAST FACT: One of Pierce Brosnan’s biggest acting breaks came when he won a role in the British premiere of Tennessee Williams’ “Red Devil Battery Sign.” The famed playwright later sent him a telegram which read, “Thank God for you, my dear boy.”

The story gets exponentially sillier, including a bizarre turn by Michael Nyqvist. The actor serves as both a plot device and Mr. Exposition Man. Let’s hoping he picked up two salaries for his troubles.

Even Edward Snowden might find the privacy fears shown in the film to be a tad extreme. We’ll swallow them whole if they’re tied to compelling characters or irresistible thrills.

Instead, we watch Mike growing increasingly dense as his world collapses around him. The film essentially does the same, and even the eternally cool Brosnan can’t avoid the fallout.

HiT or Miss: Pierce Brosnan is simply too interesting to waste his time with a techno-blather like “I.T.”