The Bridget Jones ready for her 2016 closeup doesn’t look like the one we got to know in two Hollywood films. Nor does she even resemble the heroine found in the source material. 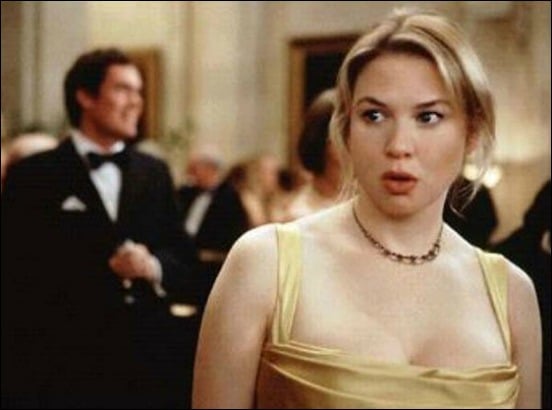 Helen Fielding’s literary character charmed us with her witty observations, colorful prose and for being so very, very like us. A little overweight. Unsure of her dating skills. Decent at the core.

She was fresh and new, and that sparked big book and movie ticket sales. Some groused that an American actress, Renee Zellweger, landed the plum British part. Zellweger handled the accent well enough and even packed on a few pounds to go the full Bridget Jones.

So it was inevitable that a third film in the franchise would come our way even though the last film came out in 2004. By “Zoolander” and “My Big Fat Greek Wedding” sequel standards, “Bridget Jones’s Baby” is right on time.

“I will always be just a little bit fat,” Zellweger’s Bridget told her beau Mark Darcy (Colin Firth) in 2004’s “Bridget Jones: The Edge of Reason.”

Turns out “always” had an expiration date.

Take a look at Zellweger’s Bridget in the just-released trailer for “Bridget Jones’s Baby.” Seems she’s been attending Curves regularly. She’s no longer voluptuous. Now, she looks like … Renee Zellweger.

That’s not all that’s changed. Fielding’s book, “Bridget Jones: Mad About the Boy,” finds the character, now a widowed 51-year old, taking care of her two children. Her beloved Mark Darcy died five years ago. She wrestles with single parenthood, Twitter and, once more, her caloric intake.

She’s also having a May/December romance. Yes, she’s the December part of the equation.

According to the film trailer, the movie is nothing like the book. Now, Bridget is single but flirting with an age-appropriate hunk (Patrick Dempsey). She still feels something special for Mark Darcy (Firth) but when she ends up pregnant she isn’t sure who the father is.

Now, isn’t that a riot! And you wonder why the rom-com is on life support.

Expect some sort of blowback for Bridget’s new figure. She became a heroine to those who carried a little extra weight but wore it proudly. Zellweger, known for her attractive, fit figure, happily gained weight to make sure the film Bridget matched what people fell in love with on the page.

The film franchise was hardly a cash cow in the first place. The 2001 original brought in $71 domestically, while “The Edge of Reason” made a mere $40 million.

So not only is a third “Bridget” a risky bet, it’s yet another sign that Hollywood’s knack for self-awareness remains at an all-time low.