As one of the first correspondents on “The Daily Show,” performing that role throughout the Craig Kilborn years, he helped revolutionize how news and satire intersected.

Since leaving “The Daily Show, Unger keeps busy by contributing to the liberal online show “The Young Turks” in addition to acting and hosting gigs. He also provides commentary on NPR’s “All Things Considered.”

This weekend, he’s heading to Pasadena, Calif. to take part in the epic gathering of comics, politicians and pundits known as Politicon. Unger will be part of a “Daily Show” reunion with members from both the Kilborn and Jon Stewart eras.

Speaking with “Kozversations” on the Radio Titans podcast network, Unger vented over the direction much of late-night TV comedy is headed. According to him, many hosts are manufacturing outrage more than simply expressing humorous irony.

“I think these shows are manifestations of the hosts who sit in these anchor chairs, and reflect their perspectives on politics and media,” says Unger. “I think we’ve gotten into this realm of outrage as comedy or comedy as outrage, and to me it’s a bit fatiguing. It feels like there’s a slew of hosts shaking their fists at the sky, telling people how stupid they are.

“It seems like a Lenny Bruce kind of thread that has manifested in modern times,” Unger continues. “It’s important to remember that comedy shows are supposed to be funny. We’re looking for jokes and satire that is well constructed and makes us laugh. When there tends to be faux outrage, I’m not sure if these hosts are really angry, or if the camera goes off they say what do we have tomorrow to be angry about? 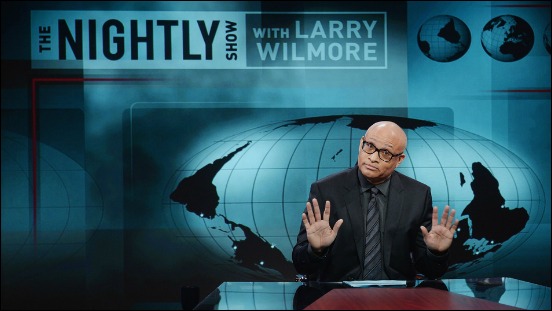 “If I hear one thing that sticks in my craw a little bit is satire as outrage. A  lot of satire can be biting and reflect anger but when someone is looking down the barrel of the lens and are yelling at me, I just don’t find it funny.”

To hear the rest of the interview, in which he describes his experiences from the early days of “The Daily Show,” as well as his opinion of Kilborn’s successors Stewart and Trevor Noah, visit the “Kozversations” podcast.