Bill is a successful criminal psychologist married to a beautiful woman (Kim Delaney), and he is close with his two children. Sure, Bill has to spend hours talking to psychopaths, like the serial killer Ray Kolberg (a memorable turn by Paul Ben-Victor) but really, he’s got it made.

Until the day an odd car accident flings Bill through his windshield and separates him from his arm. After a round of surgery and painful physical therapy, Bill returns home with a brand-new arm, one that used to belong to a serial killer. Surely, nothing weird would happen, right? After all, evil only exists in the mind, not in the flesh…

Eric Red’s “Body Parts” (1991) was plagued by infamy and scandal that brought unwanted and undeserved controversy to its release. Two weeks prior to the film’s release, Jeffrey Dahmer was arrested, Paramount Pictures pulled ads for the film in Milwaukee and the film became connected with Dahmer.

The timing of the release was not exploitative of the Dahmer case, but a rotten coincidence that put the film in a dubious position. In an oddly similar way, “Idle Hands,” a 1999 horror comedy about a murderous appendage, ran into similar (but quieter) trouble when its release coincided with the Columbine High School massacre.

The controversy attached to “Body Parts” was what made me learn of the film’s existence and clearly hurt the film overall in pre-release. Thirty years later, removed from the unfortunate and undeserved Dahmer connection, the film is stronger and more compelling than one would expect from a B-movie. 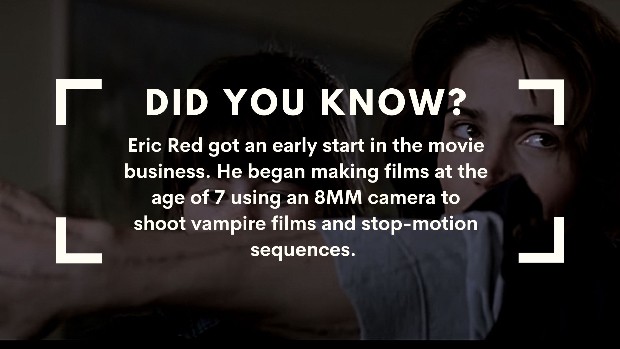 Fahey is well suited for a film like this – his striking blue eyes and Marlboro Man good looks make him an ideal leading man for any role, but there’s an edge, sadness, and a sense of longing that he brings as well. This quality served him well in his breakout role as the drifter who crashes the Bates Motel in “Psycho III” (1986).

“Body Parts” did little for Fahey at the time, though his return to the genre a year later, in the surprise hit “The Lawnmower Man,” wound up a career boost and a career immersion as a genre favorite.

Brad Dourif is terrific in this, wisely connecting to the ghoulish humor that is on the surface, but the screenplay mostly avoids. Lindsey Duncan brings unexpected layers to what could have been a cliched mad doctor role. Playing serial killer Charles Fletcher is stuntman and actor John Walsh who, the same year, played a murderous thug who fights Bryan Brown and Bluey the Clown in “F/X2.”

Most of “Body Parts” is a creepy, thoughtful psychological thriller, emphasizing the horror of living with an appendage that is not yours and may be poisoned by the former owner.

A USA Today movie review dismissed it altogether, stating it was “this week’s “Pet Sematary or Graveyard Shift.” Indeed, the screenplay scenario seems ripe for a King novel.

Red’s screenplay for Robert Harmon’s ferocious “The Hitcher” (1986) and Kathryn Bigelow’s mean and better-than-expected “Blue Steel” (1990) gave him indie cred as an uncompromising and ghoulishly imaginative pulp writer. That’s a good thing, especially when he has filmmaker like Harmon, Bigelow and Red taking his wild stories as far as they could go on the big screen.

A great, Bernard Herrmann-esque score by Loek Dikker (who also did the music for Paul Verhoeven’s “The Fourth Man”) gives this a touch of class from the start. So does Fahey’s performance, which is entirely committed to the insanity of the premise and the harrowing journey of his character.

Fahey has an electric intensity here, (just barely) avoiding camp by committing to the cringe-inducing horror of the flesh Chrushank must endure (by the way, Bill Chrushank is such a great name for a character).

Red’s film is imperfect, particularly in the way is seems curiously over-edited, as if it were cut down from a much longer movie. It also gives in entirely to gore hound bloodlust, overlooking the cerebral aspects of the set up.

Nevertheless, the car accident that sets the plot in motion is dread-inducing, brutal and well-staged. By the third act, the carefully escalating psychological horror dives headfirst into macabre gross-outs, though leave it to Red to display alarming showmanship on a low budget.

Of all things, we get, no joke, one of cinema’s craziest and most exciting car chases.

The grand guignol ending is, I suppose, appropriate, but that final shot is less mysterious than just frustrating – why end on that note? “Body Parts” is, like its protagonist, at war with itself, though it’s so fiendishly fascinating, it ultimately works.