“Black Panther” is woke. No joke.

That’s as far as it got.

“Black Panther” represents a new chapter for the MCU. The mostly black cast suggest a commitment to diversity long overdue for some observers. The film’s visual aesthetic is a hypnotizing blend of African lore and candy-colored landscapes.

The story itself? It’s Shakespearean on the surface with layers of progressive ideals lurking within. The good news for Red AND Blue state audiences? It’s first and foremost a dazzling MCU outing.

We first met T’Challa (Chadwick Boseman) in “Civil War,” mourning the death of his father following a a terrorist attack on the U.N. Now, the young man must take the throne and lead the wondrous Wakanda nation.

Where is Wakanda on the map? It doesn’t exist … in more ways than one. The fictional land is part of Marvel lore. In the comics realm as well with “Black Panther” it’s hidden from prying eyes.

A magical field blankets the country, making it invisible to outsiders. While many African nations struggle, Wakanda prospers due to its isolationist policies and technological prowess. Wakanda’s medicine puts the western world to shame. Its stockpile of vibranium would be the envy of all … if only they knew about it.

Inside, T’Challa assumes his father’s throne after defeating a neighboring tribal leader. There’s another foe waiting around the corner, though. He’s got a cultural ax to grind against T’Challa’s family and the Wakandan way of life.

Meet Erik Killmonger (Michael B. Jordan), an honorary member of Black Lives Matter out to usurp T’Challa. Killmonger is outraged over the plight of minorities in America. He’s even angrier Wakanda hasn’t lifted a finger to help them.

Let the battles, both real and ideological, begin.

The film’s early sequences are its best. When T’Challa squares off against a challenger to his throne Coogler’s craftiness cranks into overdrive. Fellow Wakandans frame the battle, spears in hand. The score swells, a thumping accompaniment making every blow better.

The narrative itself is equally rich. Jordan’s villain makes a grand entrance, as any good supervillain should. He also states a key theme behind the film, noting how the western world colonized much of the African continent through the decades. And it’s payback time.

Suddenly, “Black Panther” offers a context other super blockbusters lack. Coogler occasionally overplays his hand, like in early moments where T’Challa wrestles with the role Wakanda might play in the world.

Are wealthy nations morally responsible to help poorer ones? What’s not asked? How foreign aid can sometimes be squandered or even used against the populations in question. That would wreck the woke, no doubt.

Jordan’s Killmonger is intimidating in every frame, a malevolent force with a solid backstory.. how refreshing, especially since Marvel Villains have underwhelmed in recent years.

Boseman, a great actor waiting for his A-list invitation, gets it here. Yet his character doesn’t dominate as expected. He’s a bit of a dud, a morally uptight soul who can’t compete with his co-stars.

To be fair, supervillains often steal the limelight from the titular heroes. See Heath Ledger, Jack Nicholson and even Danny DeVito for three potent exhibits.

In “Black Panther,” Boseman loses scenes to both Jordan and his female co-patriots.

Oscar winner Lupita Nyong’o and Danai Gurira stand by their king, fighting with a tenacity that often eclipses their leader. Nyong’o’s character is T’Challa’s former love, a subplot introduced with little finesse and capping with even less rewards.

But where’s the woke?

Several characters either directly demean or gently insult the few white co-stars (including a game Martin Freeman). Jordan’s villain makes some strong points about cultural exploitation which sway even his adversaries. Letitia Wright, playing T’Challa’s irrepressible sister, walks away with some of the best, most eviscerating one liners.

The battle between Wakanda’s isolationism and a more expansive future ends as you expect, as if Michael Moore won a contest to wrap up the story his way.

Disagree? That’s fine. Stay and enjoy a superior MCU entry with enough gusto to bring both ideological sides together for two rewarding hours. 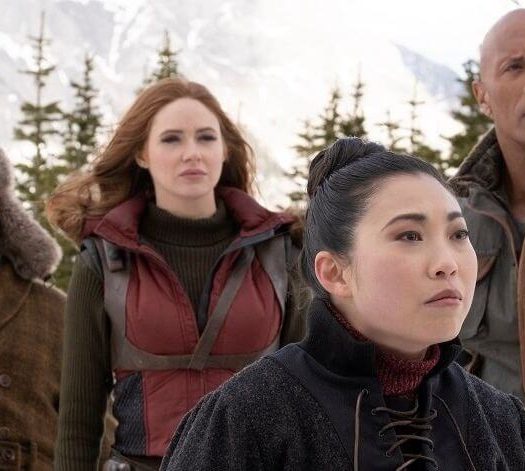 Read More
‘Jumanji: The Next Level’ Shrewdly Stays the Course 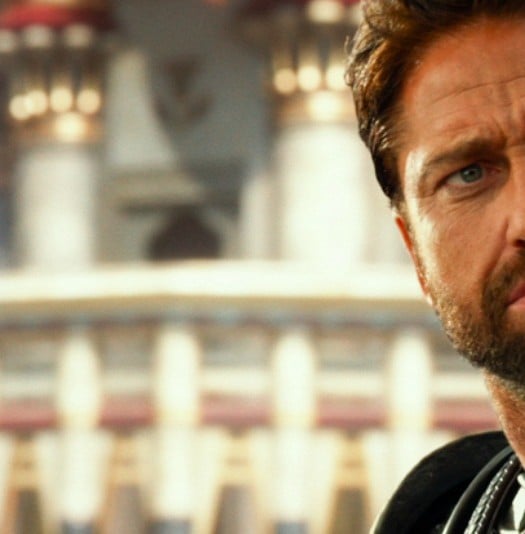