How ‘Arrival’ Got Parenting, and Grief, Right

How ‘Arrival’ Got Parenting, and Grief, Right

One parent's appreciation for the Oscar-winning "Arrival" hinged on its delicate portrait of a mother's sorrow.

It wasn’t “Arrival’s” impressive cinematography or audio that captured my attention. As a parent – and a bereaved mom – I was captivated for a different reason. 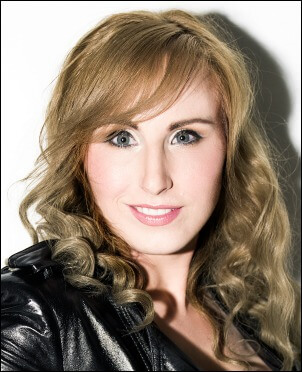 I have three living children ranging from seven years of age to one. My second born, Zachary, who would have been six, died in my arms at birth in 2010.

Since becoming a parent – and especially in the wake of losing Zach – I don’t watch horror, intense drama and suspense films very often. Movies that involve torture, abuse, kidnappings and other forms of brutality don’t sit well with me, either.

What I have learned from all my children, Zachary included, is how truly precious life is. Even fictional representations of violence and evil pain me, the sensitive person that I am. Instead, I try to fill the visual palette of my mind with uplifting stories that inspire.

Our neighborhood babysitter recommended “Arrival” one night as my husband and I returned home from an evening out. She had seen the movie the day before with her friends and praised it for its interesting story line.

I wasn’t sure if I shared her taste in current culture, but my hubby and I decided to give “Arrival” a try.

I wanted to stop watching the movie after the first ten minutes.

“Arrival” began by setting the stage for the illness and the eventual death of the daughter of Louise Banks (Amy Adams). I kept whispering to my husband, “I don’t want to watch a movie about a child dying!” That story is my reality. I didn’t desire to experience it all over again over a bag of buttery popcorn.

I saw my own sorrow reflected so perfectly in Louise’s pale, tired expressions. I saw myself in her outward strength, caring for everyone else – and the palpable exhaustion of grief. I saw the mother’s love which would do anything for her child and then the devastation that followed when it all proved not enough.

RELATED: ‘Arrival’ Scribe Can Laugh About About Hate Mail Now

There were so many similarities between me and Louise. Over the last six years, I sojourned through the valley of the shadow of death and had come out on the other side. Still, I didn’t enjoy Saturday movie night reminding me of all that I had endured, of all I had lost.

“Arrival’s” narrative shifted after the first few minutes so I stuck it out. It appeared that the loss was in the past. Louise was a single woman marching on in the present, suddenly thrown into the perfect distraction for her grief. I was not surprised when she stepped into harm’s way to communicate with the aliens, called Heptapods.

She had no one left to live for.

Once Louise began utilizing her linguistic expertise with the aliens, her memories of her daughter started to reappear. By the end of the movie, we realize, with shivers of awed awareness, that we had in fact been watching her future (though the Heptapods were actually trying to show that time is not linear at all).

Through Louise’s interactions with the two aliens on their ship, which hovered above a vast space in Montana, she began to experience their omniscient understanding – all knowing – and thus, she finally comprehended the Heptapods’ message. In 3,000 years something would happen and everyone needed to be prepared.

The impending situation three kiloyears in the future was not what profoundly affected me. It was what would happen within the next 10 years that spoke volumes.

That was where “Arrival” got parenting exactly right. 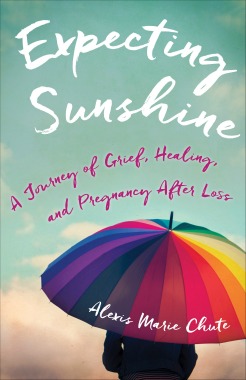 When looking into the future, Louise saw what was to come in her life. She would unite with her fellow scientist, Ian (Jeremy Renner), and they would conceive a child. That little girl, named Hannah (which is creepy for me because my oldest is also named Hannah), would not recover from a devastating cancer.

Ian would be angry and walk-out on Louise since she knew that this would happen and did not tell him. He would have chosen another path if he had known.

Everyone is different, but I personally resonate with Louise’s decision. Even though my family and I have had years of heartache mourning Zachary and figuring out our “new normal” after loss, I would make a similar decision as the Louise.

Knowing what I do now, if I had the choice, I would still conceive and carry Zachary. I love my son. Present tense. I treasure his life, no matter how brief. My kids are my everything.

What has become abundantly clear since Zach’s death is that love can never be torn away from a person, from a parent, no matter what happens. Love lives on. This is a precious gift. (If I had the ability, however, to change the outcome so my child lived, I would do that without hesitation.)

I wept at the end of “Arrival.” It moved me. It allowed me to pause and appreciate all that has happened to me and my family; all the good that came out of the bad, which I now believe is Zach’s legacy in the world.

The movie also opened the space for me to pause in gratitude for all my children, Hannah, Zachary, Eden, and Luca; and for the joy of being Mom. (And, I must admit, the 16-year-old babysitter has better taste in movies than I expected.)

Alexis Marie Chute is an award-winning writer, artist and filmmaker and has set herself apart for her bereavement advocacy. She is a leading expert in creativity and healing and the author of “Expecting Sunshine: A Journey of Grief, Healing, and Pregnancy after Loss

.” She has become an advocate in supporting and educating others on how to process their grief in creative and authentic ways, promoting healing through the arts and sharing stories in community. 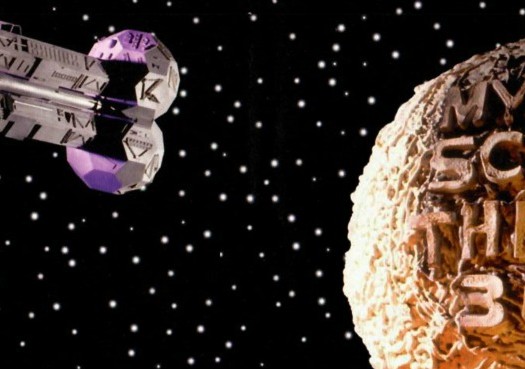