The most recent episode of Comedy Central’s “Inside Amy Schumer” had the shock comic mixing laughs with a message.

“Pretty much anyone can purchase this,” Schumer’s character says before opening up the phone lines for prospective buyers.

“You can absolutely get a gun if you have several felonies,” she tells one caller who fears his criminal record would prevent him from buying the gun. “As long as you buy it on the Internet or at a gun show.”

Later, Schumer’s character says even people on the “no-fly” list can buy guns without a worry. 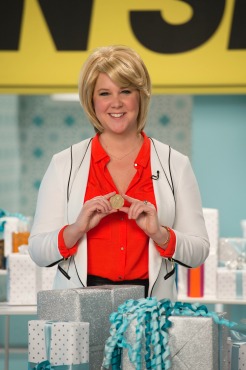 “After reading the fact check, I’m left wondering what’s half true about the Schumer sketch.  The writer clearly admits that what Schumer portrays is clearly illegal under current law,” Edwards says.

The “no-fly” list comment is accurate, but it doesn’t mean what the character suggests, Edwards says. People on that list are sometimes included erroneously. Others are loosely tied to people of interest, like neighbors or co-workers. Should they forfeit their 2nd Amendment rights?

The whole concept behind the sketch, a home shopping channel allowing guns sales without going through the network of federally licensed firearms dealers and all of the laws and regulations they have to follow, is patently illegal, he adds.

“Gun control now seems to be one of those issues for the Left where you don’t have to be accurate or factual as long as your heart is in the “right place.” You get half-credit just for supporting the cause,” says Edwards, whose show also can be heard at 9 p.m. EST on SiriusXM.

Schumer began speaking out on gun control issues after a shooting took place during a screening of her 2015 hit film “Trainwreck.” She teamed up with her cousin, New York Sen. Chuck Schumer, to push for tighter gun control legislation.

The comedienne is perturbed that the media isn’t falling 100 percent in lockstep with her mission. She recently sent out this tweet, telling journalists how to refer to her efforts.

Hey journalists thanks for all the heat from last nights #endgunviolence message. Please use the term “gun safety” instead of “gun control”

Left unsaid in Schumer’s sketch: Chicago boasts some of the strictest gun control legislation in the country. It’s still a haven for gun violence, regularly outstripping other cities its size.