The future sniper hunted with his father, played by Reed in the film, a generational baton passing which shapes Chris’ future.

Reed also spent part of his youth hunting with his dad, and he’s doing the same with his own children.

The father of five tells HollywoodInToto.com hunting offers an old-school respite from video games and other modern distractions. The sport is part of the traditional values from his formative years. 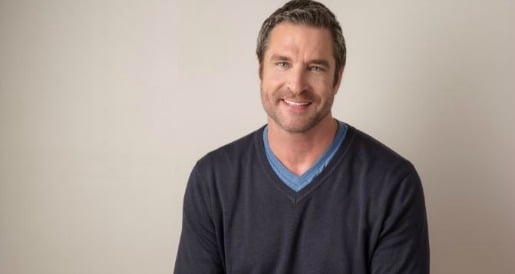 In “American Sniper,” Kyle’s father does more than hunt with his son. He imparts wisdom that lets him survive on the battlefield. Clint Eastwood’s film showcases the heroism of Kyle, played by Bradley Cooper, as well as the emotional wounds left from his days in Iraq.

“He’s worked with the same crew for 20-25 years. Everyone knows what he wants,” Reed says. The Hollywood icon showed a generous spirit to all, personally reaching out to Reed during the production.

“He came over [to me] and said, ‘thank you so much for being a part of this. I loved your audition,’” Reed recalls.

The actor drew inspiration for his “Sniper” role, in part, from his brother, a member of the Navy’s Special Forces. He didn’t get the chance to meet Chris Kyle’s real father, though. He wanted to fly out and meet Wayne Kyle, but the Texas resident preferred to stay separate from the production, Reed says.

“I’m sure the wounds are still deep, the hurt is still is there,” says Reed of the senior Kyle, who lost his son last year when a fellow veteran shot and killed the famed sniper and another man at a gun range. “He backed off from it, and let Clint do his thing.”

Reed’s acting career includes gigs on “CSI,”  “NCIS,” “Will & Grace,” “The X-Files” and “House.” Now, he’s added “producer” to his resume. His new film “Starcrossed,” featuring Mischa Barton and Eric Roberts, follows a struggling writer and the woman who changes the course of his life.

The film’s writer/director, Chase Mohseni, went to high school with Reed’s oldest son and asked the actor to read a script he had penned after graduating film school. Reed enjoyed it, suggested a slightly more hopeful resolution, and started the process of getting the film made.

Reed oversaw as much as he could on the project, down to pricing generators and Porta Potty rentals. Accountability mattered to the first-time producer.

“Since I raised the money, I wanted to know where the money was going,” he explains.

Reed credits much of his Hollywood story to Josh Rappaport, a casting director he ran into at 30. He had been acting for about six years when he met Rappaport, who stopped him mid-audition to share a lesson.

“’What are you doing?’ I said, ‘I’m doing the scene,’ and he’s like, ‘you’re enough. Don’t try to be the character. Let the character be you…’” Reed recalls. “I took that to heart … and things really started changing then. Every time I see him I thank him.”